“We will not stop the bandit Putin by donning flowers in our hair,” said Czechia’s Defense Minister Jana Černochová 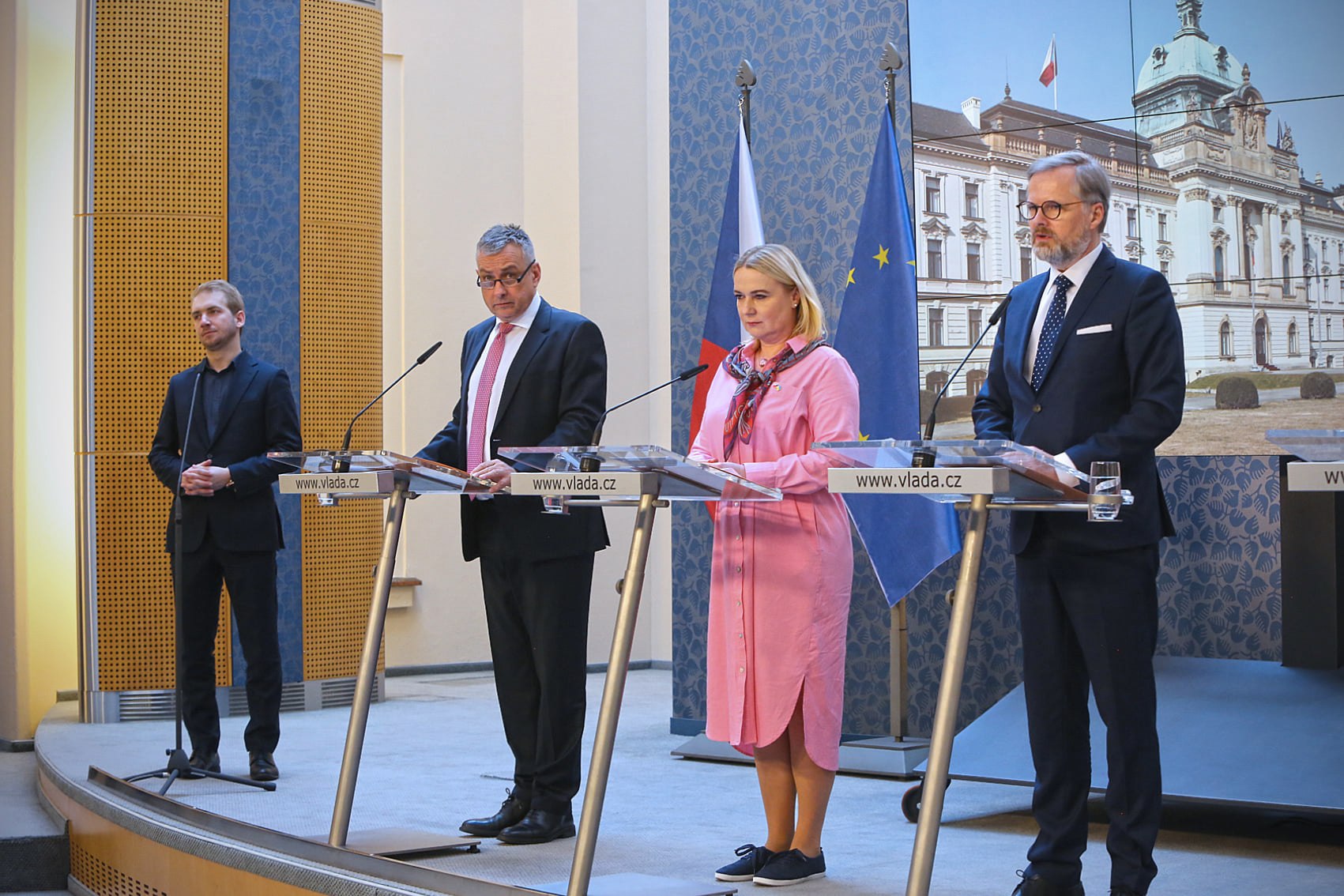 Czech Prime Minister Petr Fiala (right) and Defense Minister Jana Černochová announce the shipment of weapons to Ukraine. (The Office of the Government of the Cezch Republic/Facebook)

The Czech government has approved another supply package of weapons and ammunition to Ukraine totaling 400 million korunas (€16 million), it announced on Sunday.

The decision to continue providing Ukraine with arms support was discussed at length between the Czech Prime Minister Petr Fiala and Ukrainian President Volodymyr Zelensky.

“We are at war,” Fiala declared when questioned why supporting Ukraine with weapons is of such importance to his government. “It is an attack on the free world. We must do everything we can to stop Putin,” he added.

The Czech Republic sent its latest delivery on Sunday to help Ukraine fight aggression from Russia. In the morning, the train with this material crossed the Czech-Polish border, and by the afternoon, the Czech army announced that it had reached its destination.

“I have taken all the necessary steps to find out if we can provide the weapons. I found out that we can do that,” said Fiala, who spoke to Zelensky twice, first to receive the list of requested items and then to confirm Czechia has those items on hand.

“For security reasons, I cannot specify what type of weapons these are, but they are not light weapons. These are the weapons that the Ukrainian people can use right away,” Fiala said on Sunday afternoon.

According to him, the weapons were to arrive in Ukraine in a matter of hours.

“We will not stop the bandit Putin by donning flowers in our hair,” added Defense Minister Jana Černochová.

Czechia’s Industry Minister Jozef Síkela revealed on Saturday that the country had also prepared the purchase and transport of hundreds of tons of fuel to donate to Ukraine.

“I would like to assure all citizens that there is enough oil, gas, and fuel for nuclear power plants,” he assured, adding that Czechia currently has reserves for more than three months.

Although Prime Minister Fiala does not expect Russia to stop supplying gas completely, supply restrictions might be expected.

“We must do everything we can to reduce our dependence on gas from Russia,” he said in a TV debate on FTV Prima.