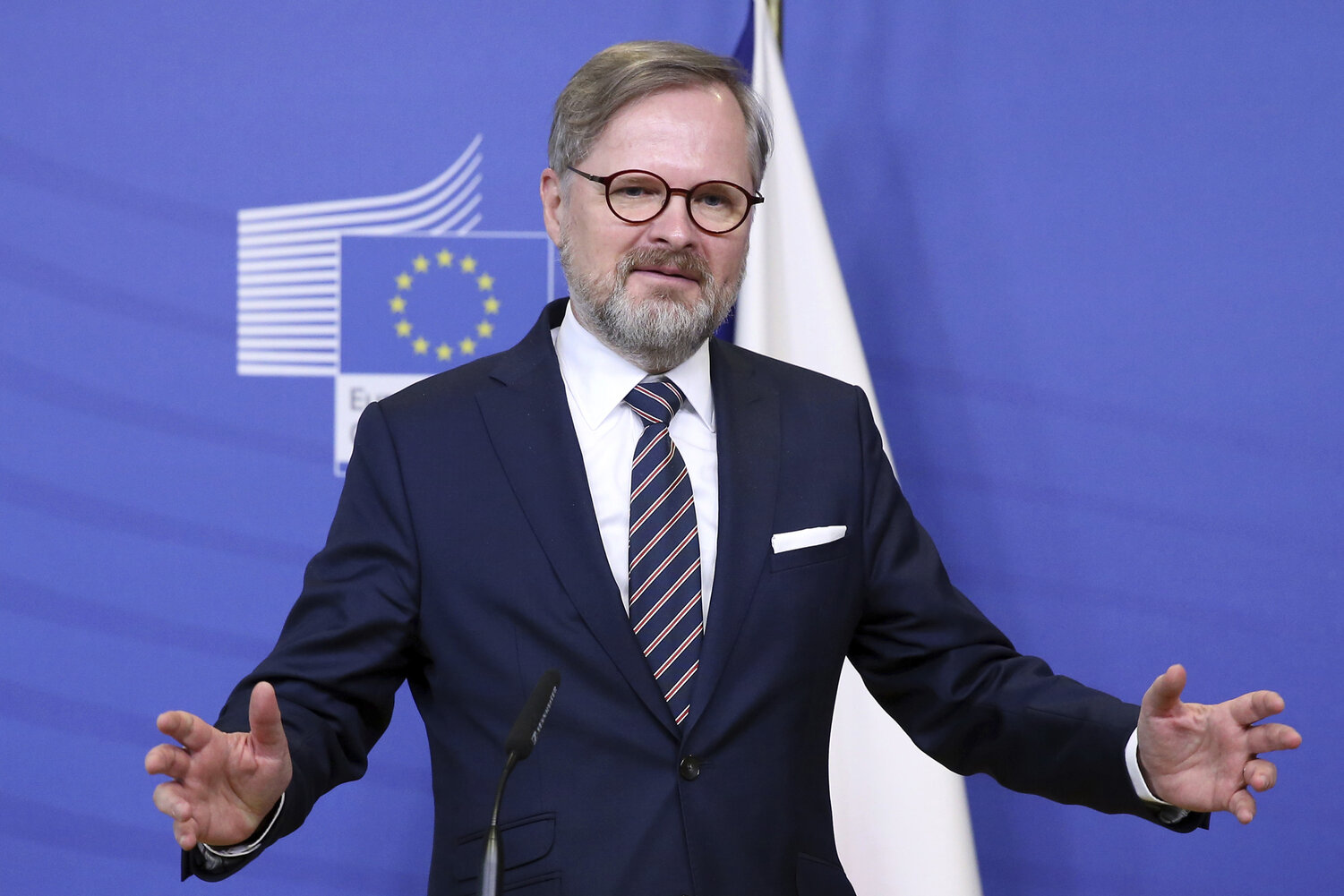 Czech Prime Minister Petr Fiala has confirmed the Czech Republic stands behind a free and independent Ukraine and warned that history shows Europe that aggression against sovereign neighboring states does not lead to peace.

The Czech leader criticized Russian acts of aggression, stressing that Czechia supports a unified EU response. Fiala was joined by other high-profile Czech politicians in condemning what he says is the Russian move to recreate the Soviet Union, with the Czech Foreign Ministry commenting on Russia’s recognition of the self-proclaimed republics in Ukraine.

In a televised address to the nation on Monday, Russian President Vladimir Putin announced the need to recognize the independence of the “people’s republics” declared in 2014 by pro-Russian separatists in Donbas, eastern Ukraine. The footage also showed the president signing relevant decrees as well as agreements with the leaders of the Donetsk and Luhansk People’s Republics. According to observers, these agreements are to serve as a legal basis for Russia to send troops to Donbas.

“The Czech Republic stands behind a free and independent Ukraine,” Fiala affirmed. “We remember well from our own history that similar steps against sovereign neighboring states never lead to peace,” he added.

According to the Czech leader, Russia’s actions have violated international law and are an act of aggression against a neighboring country, and called for the European Union and NATO to provide a united response towards Russia.

Behind Russia’s steps, Minister of Defense Jana Černochová said he sees an attempt to rebuild the Soviet Union at the expense of free countries.

“The civilized world must never tolerate that! And it’s not just Ukraine on Putin’s chessboard. We are there too,” said the head of the ministry of defense.

According to Speaker of the House Markéta Pekarová Adamová, if Czechia were not in NATO, it would also be in danger.

“Were it not for Václav Havel and others who brought us to NATO, we would face the same threat as Ukraine. Let’s not leave them alone,” said the head of the lower house.

Before Russia recognized the two pro-Russian separatist republics, Czech opposition SPD leader Tomio Okamura posted a video to social media in which he accused the United States, the United Kingdom and other NATO countries of inciting Russia’s conflict with Ukraine. Okamura added that NATO should not expand to Russian borders. According to him, a possible conflict could affect Czechia through migration or a deteriorating security situation.

A gross violation of international law

“The unilateral recognition of two territories controlled by pro-Russian militants is a gross violation of international law, the territorial integrity of Ukraine, and a violation of the Minsk agreements,” Lipavský wrote on Twitter.

The Minsk agreements, brokered by France and Germany back in 2014 and 2015, were intended to secure a ceasefire between the separatists and Ukrainian government forces in eastern Ukraine.

According to the Czech Foreign Ministry, Putin’s move contributes to escalating the already tense situation and threatens security in Europe.

“After the illegal occupation and annexation of Crimea in 2014, this is another step by which the Russian Federation has long trampled on the basic principles of international law and its obligations regarding the territorial integrity and sovereignty of Ukraine,” the ministry added, calling on Russia to reconsider its moves and renew negotiations.