Czech PM surprised at how fast president is recovering

The president performs his duties as usual, says Babiš 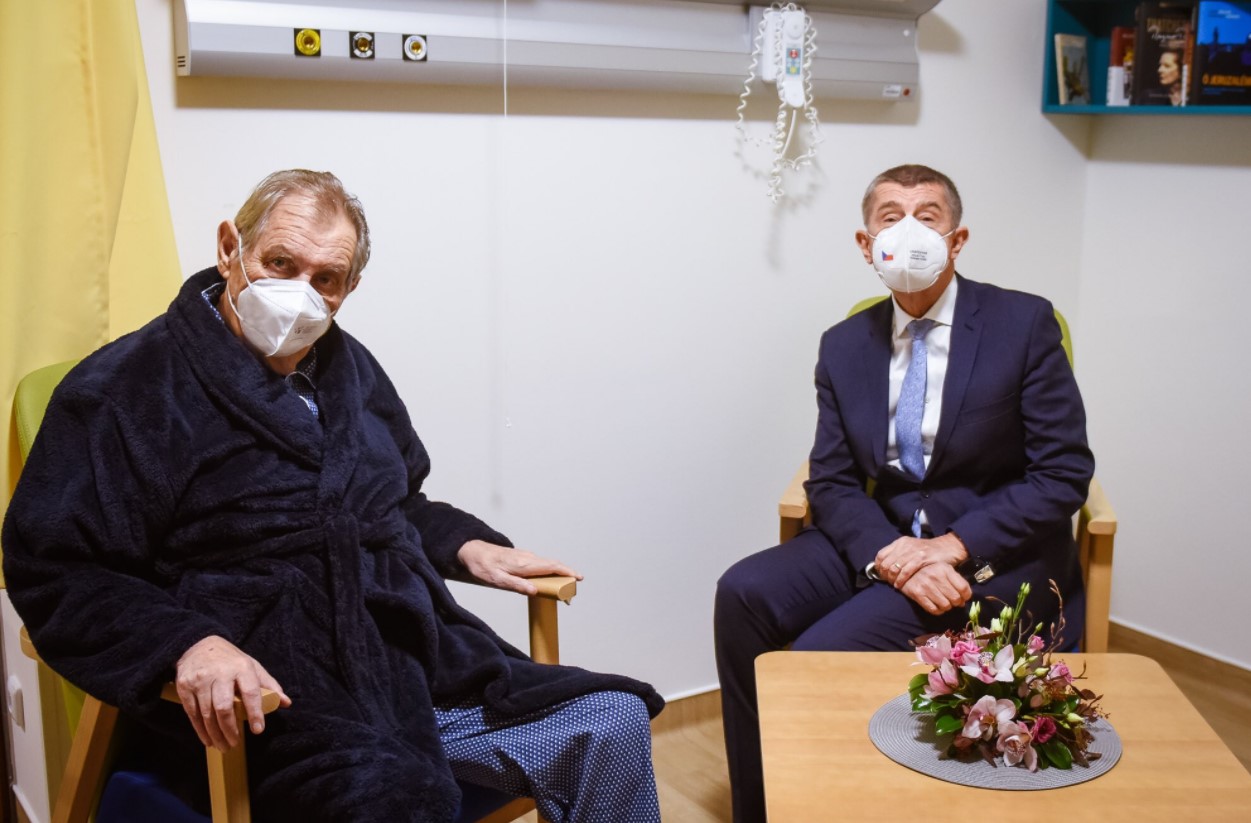 On Monday, Prime Minister Andrej Babiš visited President Miloš Zeman in the Central Military Hospital (ÚVN). After the meeting, Babiš stated that he was surprised by how well the president was doing.

Zeman has been in the hospital since Oct. 10.

“After various prognoses, I am pleasantly surprised at how well the president is doing,” said Babiš a few minutes after the meeting with the president.

Earlier, a member of the medical council, Tomáš Zima, also said that the president’s health condition was improving. On Monday, the president was transferred to a long-term care bed. On Tuesday, Slovak President Zuzana Čaputová will come to visit him in the hospital. On Wednesday, candidate for prime minister and leader of the SPOLU (Together) coalition Petr Fiala will arrive.

According to him, Zeman’s health condition had noticeably improved. Compared to the president’s previous state of health, the change is completely incredible, noted Babiš. He added that Zeman performs his duties as usual and has already signed several laws.

“I’m very happy about that,” Babiš said, adding that the topic of discussion was the October parliamentary elections.

According to Babiš, Zeman will talk about the next steps with Fiala on Wednesday. Babiš refused that the president would entrust him with forming a government, as he had once declared. The outgoing prime minister would consider this unfair as the SPOLU and Pirstan coalitions have a clear majority in the Chamber of Deputies.

Babiš also talked to Zeman about the coronavirus pandemic. According to the incumbent prime minister, the government is dealing with the situation as if it were in power for the next four years. He has repeatedly promised that when his party is in the opposition, he will work with the new government on measures to help protect the people. He reiterated that the only solution is vaccination.