‘I have a problem with Muslim Europe, France has changed my mind’ – Czech Pirate Party leader claims to be against migration

In the past, however, Bartoš made it known that he had no problem with what he calls “Muslim Europe” 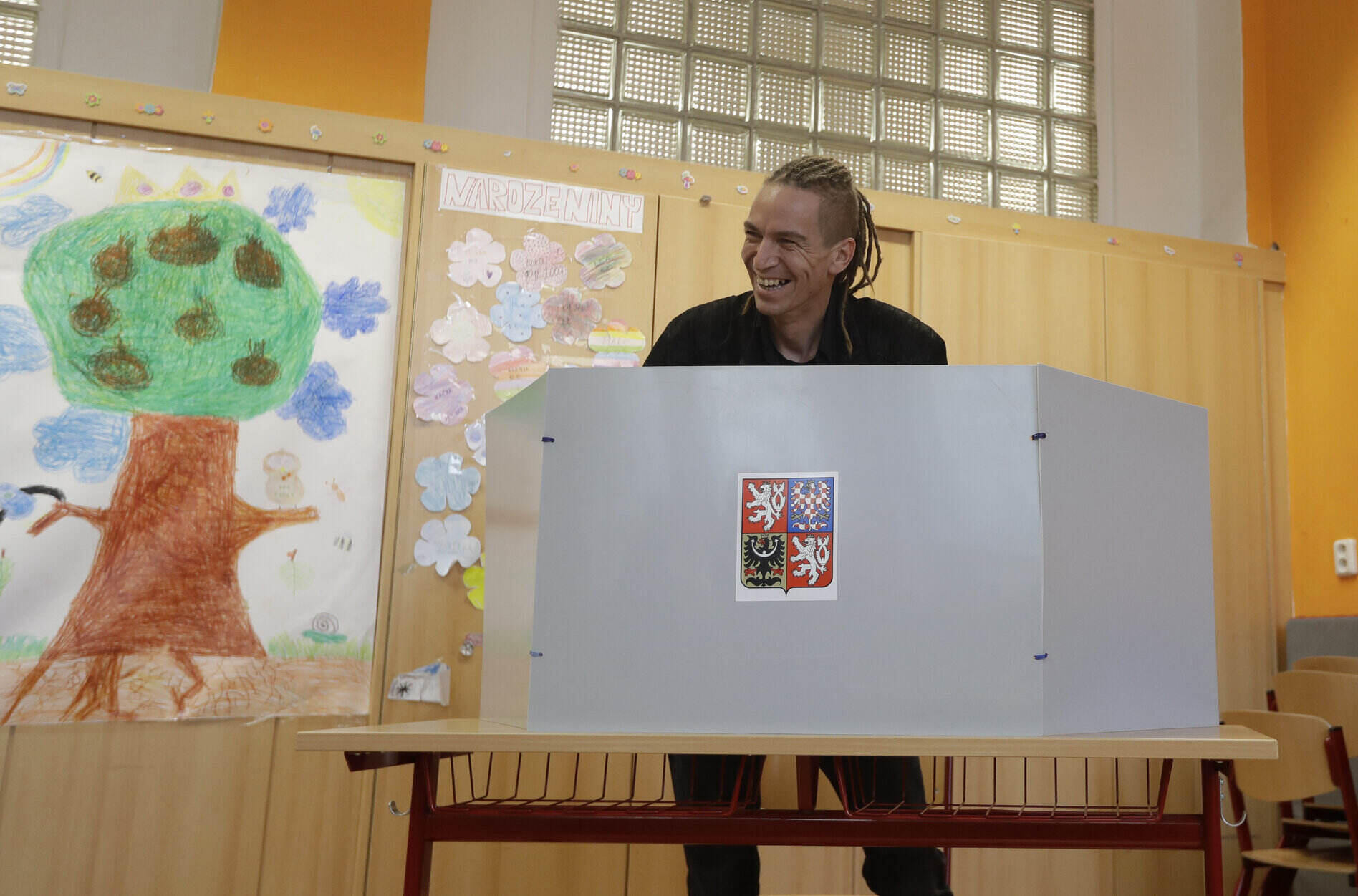 Chairman of the Czech Pirate party Ivan Bartos prepares to cast his vote during the parliamentary elections in Prague, Czech Republic, Friday, Oct. 20, 2017. Czechs are voting in a parliamentary election whose result could see yet another euro-skeptic government on the continent. Two hundred seats are up for grab in the lower house of Parliament in the two-day ballot that began on Friday. (AP Photo/Petr David Josek)

On Wednesday, Czech Pirates chairman Ivan Bartoš said that he had a problem with Muslim Europe as other countries such as France showed that if there are too many foreigners, it is a problem for integration.

“No-go zones are being created. Let’s not close our eyes to that,” he said in an interview for Rádio Impuls, with Bartoš referring to the migrant neighborhoods in areas like France and Sweden where police fear to enter.

Twelve years ago, Bartoš made it known that he had no problem with what he called “Muslim Europe” and that he wished “a life without borders and in peace.” At that time, however, according to him, there was no migration crisis, which subsequently changed his view of migration issues.

Given the overwhelming opposition in Czechia to immigration, parties both on the left and the right are claiming to be against more migration to Czechia. However, only a few parties have consistent track records of taking a strong stance on the issue, and the Pirate Party is not one of them. Still, Bartoš asserts that the 2015 migrant crisis changed his mind.

“In 2015, when the first wave of migration escalated, we issued perhaps the most comprehensive proposal for resolving the crisis — from assistance abroad through strict asylum procedures at the level of the whole of Europe. We have rejected illegal migration, and it is not true that we support quotas,“ said Bartoš.

On the contrary, the Nordic states, which, according to Bartoš, were liberal on this issue now see that it is a problem and must be approached together in a European context.

The head of the Freedom and Direct Democracy (SPD), Tomio Okamura, and the head of the ANO movement, Andrej Babiš, often refer to the Pirates as “people who welcome migrants.” For example, in the past, the Prime Minister told the plenary of the Chamber of Deputies that “Bartoš plans to move migrants into people’s flats.” The Pirates then sued Babiš for his statement and demanded an apology.

“They play on the lowest instincts, people are scared,” Bartoš commented on the strategy of his political rivals.

According to Bartoš, it is also absurd for the government to fight against the Green Deal for Europe when it joined the agreement.

“Luckily, we do not live in communism, therefore, the government cannot task carmakers with what to produce,” he said on the issue of electromobility, adding that people should decide for themselves what they will drive.

If the results of the elections in secondary schools were a harbinger of real elections, it would be great, according to Bartoš. He is pleased that young people are interested in politics. It was the coalition of Pirates and STAN that won in the student elections. In second place was the right-wing coalition of SPOLU, and the ANO movement ended up third.