I can only confirm that he is currently undergoing treatment that will take time, says Ivana Zemanová 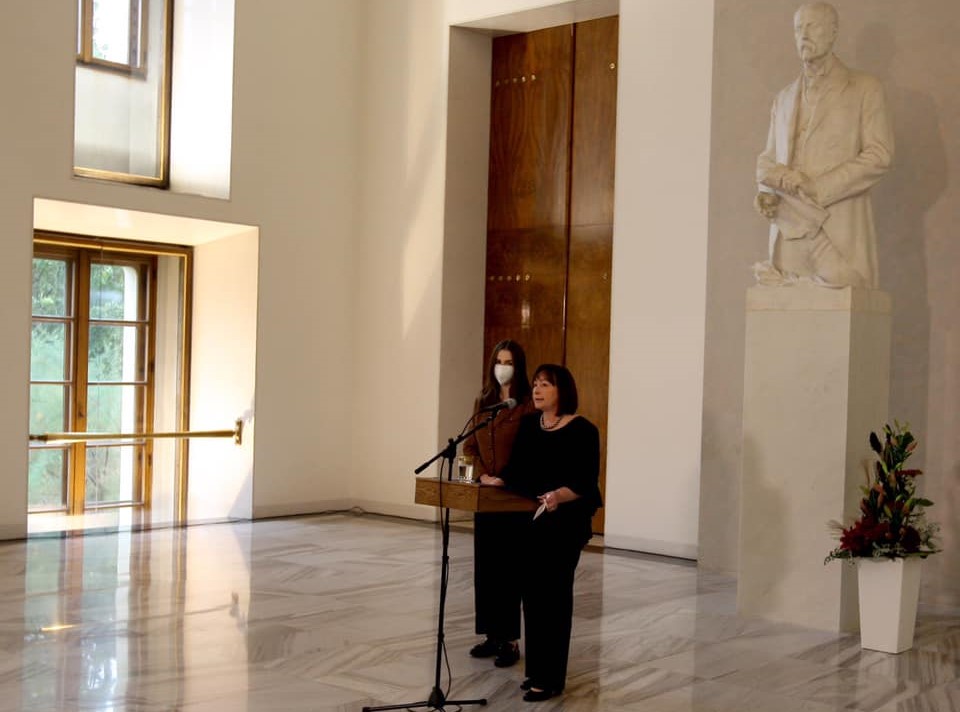 Ivana Zemanová, the wife of the President, gives a statement on her husband's health. (Miloš Zeman - The President of the Czech Republic/Facebook)

According to his wife Ivana, President Miloš Zeman is undergoing time-consuming treatment. She asked the media for patience and the time needed for him to gain strength. Ivana Zemanová said this without divulging any details about the president’s state of health at a briefing during which her daughter Kateřina stood by her side. She also called speculation about Zeman’s health unethical.

“I can only confirm that he is currently undergoing treatment that will take time. I consider speculation about diagnoses and prognoses to be very unethical, to say the least,” Zemanová said of her husband’s health, noting that the health of each person is a sensitive and serious matter. “Most of all, I want my husband to recover. He is not the only president who has fallen ill during his term, so I ask you again for patience,” she said to the present journalist.

She added that she would inform the public about any further developments. At the same time, she asked everyone to think of the president.

Zemanová appeared in front of about forty journalists, together with her daughter Kateřina. The first lady read her prepared statement, while Kateřina did not speak. The meeting took place in front of the statue of the first Czechoslovak President Tomáš Garrigue Masaryk in the Rothmayer Hall at Prague Castle. Zemanová communicates with the media only minimally. In 2017, she gave two statements to the press, both announcing the details of the collection of signatures in support of Zeman’s presidential candidacy.

The first lady’s press statement took place on the fifth day of the president’s hospitalization, about which his closest confidantes did not provide details to the public. The presidential office has been facing long-term criticism for how it informs the public about the health of the head of state. Due to the lack of information, the President of the Senate, Miloš Vystrčil, also turned to Chancellor of the President Vratislav Mynář. He wants to know more about the president’s health prognosis. According to some politicians, Parliament should consider removing powers from the president due to his inability to hold office. According to some constitutional lawyers, though, such a procedure would be premature.

Zeman was taken to Central Military Hospital on Sunday. According to Miroslav Zavoral, the president’s attending physician and the hospital’s director, complications related to Zeman’s chronic illness occurred. Zavoral did not tell the media the exact diagnosis because he did not have the patient’s consent. On Monday, the hospital’s spokesperson announced that Zeman was in stable condition. According to the president’s spokesman Jiří Ovčáček, Zeman is able to communicate, follows the political situation, and keeps abreast of the latest events.