European democracy depends on the existence of the middle class 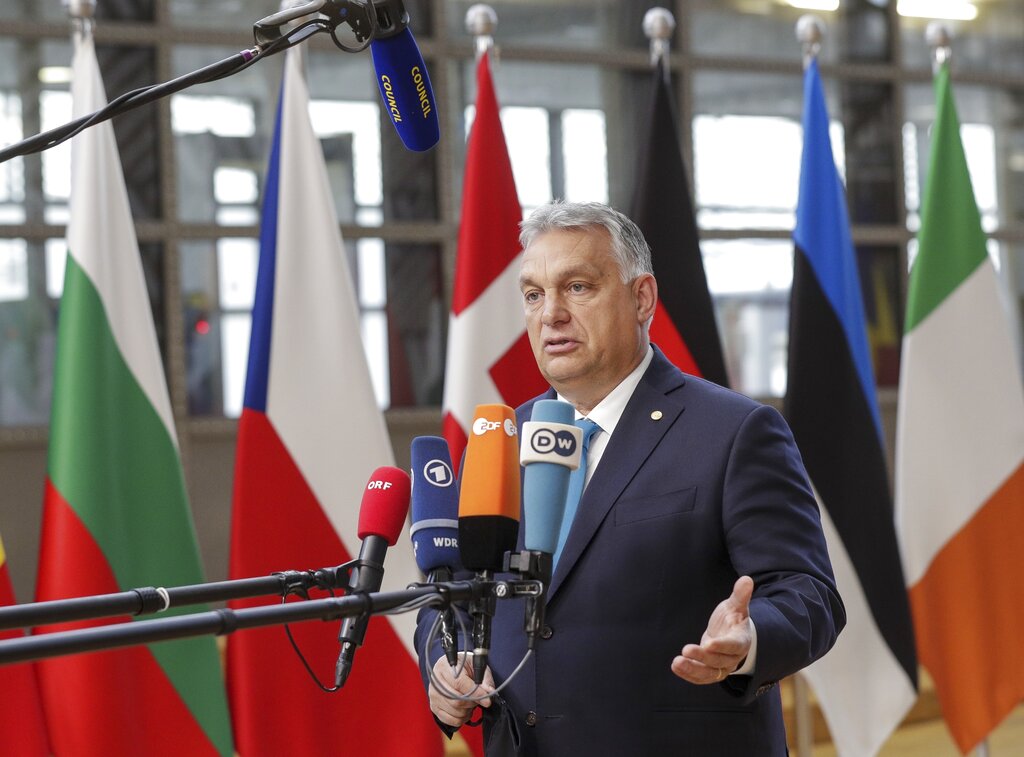 Hungary's Prime Minister Viktor Orban talks to journalists as he arrives for an EU summit in Brussels, Thursday, Oct. 21, 2021. European Union leaders head into a standoff between Poland and most of the other EU member nations over the rule of law in the eastern member state. Other issues for the 27 EU leaders include climate change, the energy crisis, COVID-19 developments and migration. (Olivier Hoslet, Pool Photo via AP)

European Commission Vice-President, Frans Timmermans’ proposal for a new climate package called Fit for 55 is killing the European middle class, Prime Minister Viktor Orbán said on Thursday upon his arrival at the Union’s two-day summit of EU leaders in Brussels.

The Hungarian prime minister believes that the work of the Commission and Frans Timmermans would raise energy prices, the signs of which are already visible, and the plans will lead to further price increases. “He is destroying the middle class, even though all of European democracy hinges on the existence of the middle class,” he warned.

“European democracy is being jeopardized by those who are raising the price of electricity and gas to the sky. Therefore, these plans need to be withdrawn and rethought,” he said.

He said that despite promises that all member states would receive an impact assessment of how the Commission’s proposals would affect each member state, no impact assessment has been carried out. No report has been received, and it wants to act without calculations; it is shattering the European economy, he said. “This must be stopped,” Orbán added.

The prime minister also spoke about the witch hunt against Poland, saying that “the truth is on the side of the Poles, and we will stand up for the Poles.”

He emphasized that none of the Union’s institutions have anything to do with matters that had not been referred to the European Union by national parliaments — these should only be dealt with by national constitutions and courts.

“There is a stealthy expansion of powers on the part of the EU, which must finally be stopped. The Poles finally had the courage to start this battle. Our place is next to them,” added Viktor Orbán.

Answering a question, he added: there is no need for any sanctions against Poland. “Poland is one of the best countries in Europe,” he said.