It’s illegal to convince a woman not to have an abortion in France, leaving pro-life activists and media voiceless 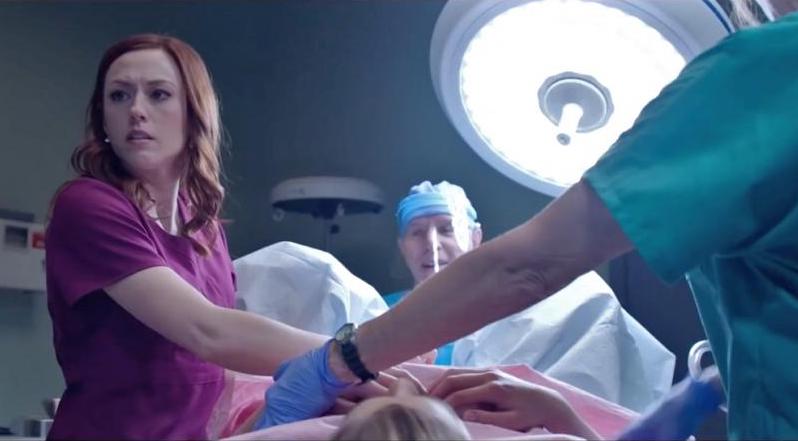 France likes to give moral lessons to others about freedom of expression but seems to have a big problem of its own when it comes to the discussion around certain subjects deemed “sensitive”. This is certainly the case with abortion, as illustrated once again by the hysterical reactions elicited by the broadcasting on a private television channel, C8, of the American pro-life movie “Unplanned”.

Released in 2019 in the United States where it was a big hit despite being censored by some movie theater chains, “Unplanned” was broadcast in France by C8 on Monday night, Aug. 16, without ever having been released for theatrical release in France. The next day, Elisabeth Moreno, the Minister for Equality between Women and Men in the Castex government, “firmly” condemned the broadcast and said that by showing this movie the channel was “guilty of the offense of obstructing” the voluntary termination of pregnancies.

In France, the “délit d’entrave”, i.e. obstructionism, or putting obstacles to an abortion, was originally an offense committed by a person who sought to prevent or hinder an abortion. Since then, with the evolution of French legislation in favor of abortion, which officially became a “fundamental right” in 2014, the simple act of trying to convince a woman not to have an abortion can also be considered an obstruction offense.

At the same time, in 2001, the French parliament abolished the offense of incitement to abortion. In other words, in France, pressuring a woman to have an abortion is no longer an offense, whereas explaining to her that there are alternatives to abortion and showing her pictures of what an abortion really is can be considered an offense of obstruction and can earn you two years of imprisonment and a heavy fine.

So much so that, in France, pro-life organizations can no longer even leave brochures informing women about available assistance in the event of an unwanted pregnancy in or around the premises of hospitals where abortions are performed, for fear of being charged with “obstructing abortions”.

A year ago, on a popular talk show broadcast by the CNews channel (belonging to the Bolloré media group, just as C8), where a discussion was taking place on the proposal to extend the legal deadline for abortion to 14 weeks of pregnancy (instead of 12), a spokeswoman for the organization Choisir la Vie (Choose Life) explained, showing ultrasound images: “at 14 weeks, you have to crush the skull, it’s infanticide.” Facing her, a pro-abortion criminal lawyer, Julia Courvoisier, reacted aggressively.

“I expected to hear that. The last time abortion was considered a crime was under the Vichy regime in 1940 […]. What you are saying is extremely serious,” she said.

She then brandished the threat of legal action against the pro-life activist who had only stated scientific facts, saying, “I would remind you that obstructing abortion is a legal offense, and the comments you have made and the photos you have shown could clearly fall within this offense.”

The movie “Unplanned” tells the true story of American woman Abby Johnson, a Planned Parenthood abortion clinic director who became a pro-life activist after witnessing an abortion herself.

Johnson told her story in the book “Unplanned”, from which the film was made. Her testimony is that of a person who has always acted out of conviction because she has always been convinced that she was helping women, even when she was helping them to kill their babies in the womb. But even then, she understood that the volunteers from the Coalition for Life – an organization that offers women help to avoid having an abortion – and the 40 Days for Life volunteers praying behind the fence of her abortion clinic, also wanted to help women.

However, as strange as it may sound, it was not until she had to personally observe an ultrasound-assisted abortion on a 13-week-old fetus in 2009 that Johnson fully understood what an abortion really was. She says she saw very clearly on the screen the baby pushing back the cannula with its feet and twisting before being dislocated and sucked out of the woman’s womb. This was at a time when she was under pressure from Planned Parenthood management to increase her clinic’s revenue by increasing the number of abortions, which brought more money to her organization than family planning and counseling.

The day Johnson realized she was on the wrong side of the fence at her clinic, she turned to the Coalition for Life after leaving Planned Parenthood. The former director of Planned Parenthood’s abortion clinic in Bryan, Texas, who was named Planned Parenthood’s 2008 Employee of the Year, has thus become one of the great faces of the right-to-life movement in the United States.

To show this film on television in France is therefore to do what the spokesperson for Choisir la Vie had tried to do: expose the reality of what an abortion is. And to tell this kind of truth, let alone to express opinions hostile to abortion, is a legal offense in France, as confirmed by Elisabeth Moreno, Castex’s Minister for Equality between Women and Men.

This is one of the reasons why French movie theaters have not shown it, and the reactions after it was broadcast on C8 prove them right. In addition to the threats made by a member of the French government against a private television channel, the French press reported the day after the broadcast that the media authority (CSA) had received a large number of reports and that it was going to look into the matter because the movie “could constitute an obstruction to the voluntary interruption of pregnancy, which is now an offense under French law” (Le Figaro).

This was happening even though, to mitigate the controversy that was swelling up even before the movie was aired, C8 had decided to post the following message at the beginning of the movie: “In France, every woman has the right to dispose of her body as she wishes. This right is guaranteed by law. This story, for which its author is solely responsible, is not meant to question this right but to measure its importance.”

Minister Elisabeth Moreno’s reaction on Twitter: “The movie Unplanned currently airing on @C8TV is an abject anti-abortion propaganda tool. Progress for our society, the right to abortion is a fundamental and inalienable right for all women.This fiction goes against our values. #mybodymychoice”

Minister Moreno also stated that “by agreeing to broadcast this type of program”, C8 “is showing solidarity with anti-choice movements and is guilty of the crime of obstruction which is punishable in our country.”

Marlène Schiappa, a hardcore feminist who is Minister Delegate in charge of Citizenship, also reacted on Twitter: “Access to abortion is a right in France, our elders fought to obtain it, we are fighting to guarantee it! No to obstruction, no to shaming.”

Interestingly, in her tweet, Schiappa points to the government website that, in her mind, gives “objective” information about abortion, but where the child to be aborted in the fetal stage is referred to as the “contents of the womb.” This is the reliable source of information about abortion that Schiappa refers to in order to counteract the “misinformation” that Johnson’s true story allegedly constitutes.

The contrast in terms of freedom of expression is striking compared to the two EU countries most criticized in Paris and Brussels for their alleged attacks on freedom of expression and pluralism of opinion. In Poland, in spite of heavy and often misled criticism in the local left-wing media, the movie “Unplanned” was shown in the fall of 2019 by major multiplex movie theater chains and was later broadcast on public television. In Hungary, it was not shown in movie theaters, but it can be seen online, and the conservative media reported very favorably on it, even though, as in France, abortion on request is allowed in Hungary until the 12th week of pregnancy.

In France, before last week’s television broadcast stirred such an uproar, the film had only been shown in private and community screenings, and the distributor, SAJE Distribution, which specializes in the distribution of films with Christian themes, categorically refuses to speak in the media about it to avoid trouble with French authorities. 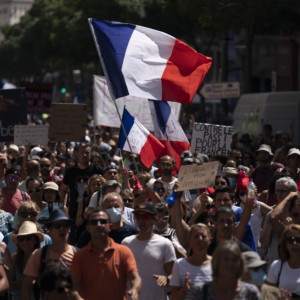