The Polish Constitutional Tribunal’s Oct. 7 ruling reaffirming the primacy of the constitution over the rulings of the European Court of Justice has provoked angry reactions in Europe, but one major EU country stands out from the crowd 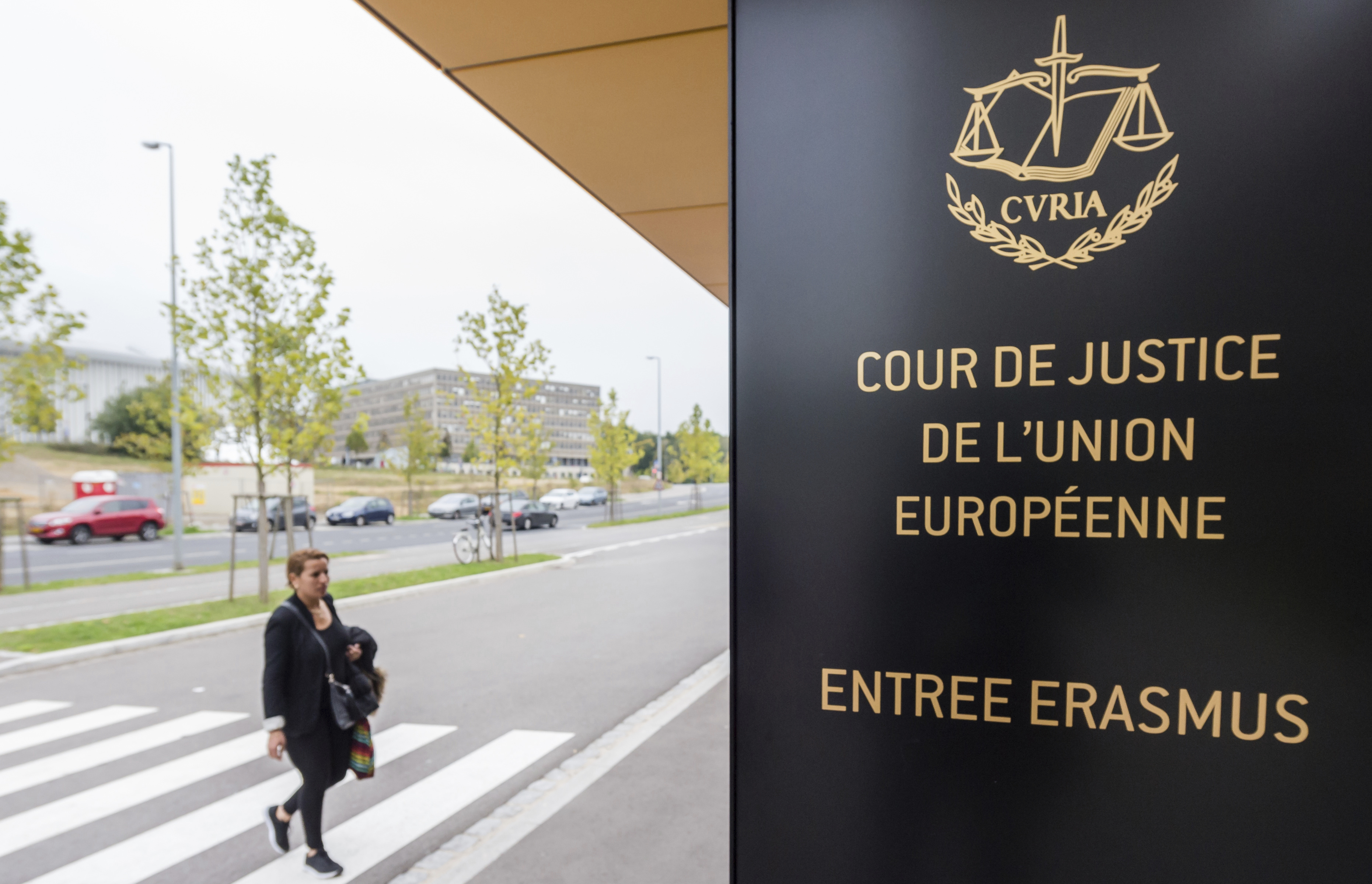 FILE - A woman walks by the entrance to the European Court of Justice in Luxembourg. The European Union moved Tuesday to force Poland to comply with the rulings of Europe's top court with plans to seek daily fines against the nationalist government in Warsaw linked to a long-running dispute over justice independence in the country. (Geert Vanden Wijngaert, File)

In France, the vast majority of opposition leaders and a number of media figures agree with Poland in its conflict with the European Court of Justice, and as one might expect, it is on the right that political leaders are showing the most outspoken support for Poland in the fight over judicial reform. Such support was reiterated after a penalty payment of €1 million per day was imposed on Oct. 27 by the EU court’s vice-president acting as a single judge.

This financial penalty is meant to force Poland to comply with an interim order to suspend all activities of its Supreme Court’s disciplinary chamber. However, on July 14, the Polish Constitutional Court ruled that, under the constitution, the European Court of Justice did not have the power to suspend an organ of the Polish judiciary, since the competence to regulate and supervise the national judicial system had never been transferred to the EU by the people of Poland under an international treaty.

In France, the leader of the National Rally (RN), which has been the leading opposition party in the polls for years, tweeted on Oct. 27 in reaction to the daily fine imposed on Poland by the European Court of Justice.

“I would like to express my solidarity with the Polish people in the face of this umpteenth power grab by the European Union. If I were President, I would help Poland to pay, and then deduct the sum from our net contribution to the monster that the EU has become. Roll on, the Europe of free nations!” wrote Marine Le Pen.

Already, after the Oct. 7 ruling of the Polish Constitutional Court, which had an even wider scope than the one issued on July 14 since it stated in a general way — not just referring to one concrete case — that the rulings of the European Court of Justice that go beyond the scope of competences transferred to the EU by the treaties are not applicable in Poland when they violate the Polish constitution, Le Pen expressed her satisfaction with the ruling and voiced her support in a press release.

She then wrote: “By an act of judges that is no different from the procedure of the Karlsruhe court, which is fully accepted in the case of Germany, Poland has just reminded an EU tempted by the establishment of a Jacobin dictatorship that every people is entitled to define its own laws.”

Her direct competitor on the right, Éric Zemmour, who no one doubts will soon declare his candidacy, issued a statement too after the Oct. 7 ruling, in which he noted that “the stake is first and foremost about democracy. How can we accept that the constitution — which is the basis of our social contract, and the law, which is supposed to be the expression of the general will –- have less value than rules established by unelected officials?”

Zemmour also pointed out that EU law, in terms of immigration, “considerably restricts any possibility of significantly reducing flows or sending back foreigners,” and that consequently, if “European governments, and in particular the French one, want to conduct effective policies, they must regain their legal sovereignty.”

To make things clear, neither Le Pen nor Zemmour advocate Frexit or even giving up the euro. They have close views and the real issue is which of the two will face Emmanuel Macron in the second round, and between them, they total about 32 to 33 percent of voting intentions in the first round of next April’s elections compared to 23 to 24 percent for incumbent President Emmanuel Macron.

Furthermore, such support for Poland in its conflict with the European Court of Justice and Brussels is not limited to the French Gaullist or sovereignist right. As for the need to override the European Court of Justice judgments to stop mass immigration, this position was also defended by Michel Barnier in September even before the Polish judgment. As well as running to become the center-right Les Republicans (LR) party’s official candidate in next year’s election, Barnier is a former EU commissioner, and it was he who negotiated Brexit for the European Commission.

On Sept. 9, Barnier promised in front of a group of LR parliamentarians that if he is the party’s presidential nominee and if he wins the presidential election, he will call a referendum on immigration. This was after he had advocated a moratorium on immigration in an opinion piece published in Le Figaro in July. However, he noted: “We cannot do all this without having regained our legal sovereignty, under constant threat of a ruling or condemnation by the European Court of Justice or the European Court of Human Rights, or an interpretation by our own judiciary.”

In July, Barnier wrote in Le Figaro about his proposal for a moratorium on immigration: “Finally, I propose that we guarantee the moratorium by creating a ’constitutional shield.” A constitutional law will guarantee that the measures taken during this moratorium cannot be set aside by a French court on the grounds of France’s international commitments.”

Barnier’s proposal goes much further than the Oct. 7 ruling of the Polish Constitutional Court that is causing so much furor in Brussels, since his constitutional shield is supposed to suspend France’s compliance with its international commitments, including, remarkably, in the EU’s areas of competence

And yet, with regard to the Polish Oct. 7 ruling, the same Barnier stated on Oct. 11: “This is not a legal issue, it is a political issue, and it is a very serious one. The Polish government is trying to bring the judiciary to heel, they say that the EU treaties are against their constitution.”

Britain’s Nigel Farage appears to have been remarkably accurate about Barnier. After Barnier’s statements about the need to recover France’s legal sovereignty from the ECJ, Barnier called the former Brexit negotiator “the biggest hypocrite ever born!” Farage was pointing to Barnier’s aggressive stance during Brexit negotiations against Britain’s open attempts to regain its sovereignty.

Barnier has been allover the map when it comes to the issue of national sovereignty and the extent of powers that should be ceded to the EU, but his competitors in the race to become the center-right’s presidential nominee expressed more consistent views following the Polish ruling. For the president of the Hauts-de-France region, Xavier Bertrand, Poland is right, and “a mechanism is needed to safeguard the higher interests of France,” and “when these are at stake, popular sovereignty must take precedence.”

For Barnier’s other main rival, the president of the Île-de-France region, Valérie Pécresse, “our constitutional laws, our constitutional identity, and it goes for each and every sovereign state, must take precedence over EU jurisdiction. Pécresse actually said after the Polish Oct. 7 ruling that she had been “very shocked” when, in July, the EU’s top court purported to order Poland to stop the activities of its Supreme Court’s disciplinary chamber.”

On the left, presidential candidate Arnaud Montebourg, a former economy minister under Socialist President François Hollande, explained that “it is wrong to say that EU law takes precedence over the constitution of member states (…), both the EU Court of Justice and the Commission have only acted through ‘legal power grabs’ for years.” Montebourg is no fan of the Polish government either. In fact, he also said, “I do not approve of Poland’s clerical and reactionary government” but “the defense of the national sovereignty of the member states is fundamental.”

According to Aquilino Morelle, who served as a former adviser to François Hollande, “The conflict between the Polish Constitutional Court and the European Commission (…) does not pose a simple question of law but reveals the real legal power grab that the European Union Court of Justice has made against nations in the name of a belief of a religious nature in European construction.”

The left-wing candidate who is best placed in the polls, far-left leader Jean-Luc Mélanchon, probably feels the same way, but he said after the Polish ruling that he did not want to support a “far-right” government. Regardless of his opinion, the polls also show that he has little chance of winning. That means after the April presidential election, France will either have a Eurofederalist president in the person of Emmanuel Macron, or a center-right or right-wing president who will have promised during the campaign to reaffirm the primacy of the French constitution over EU law and reverse the European Court of Justice’s jurisdictional expansion.

In fact, France could even suspend the application of EU law in the field of immigration, which would mark a major turning point in the struggle between Brussels and nation states. 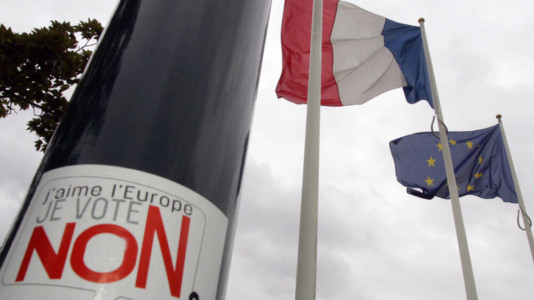 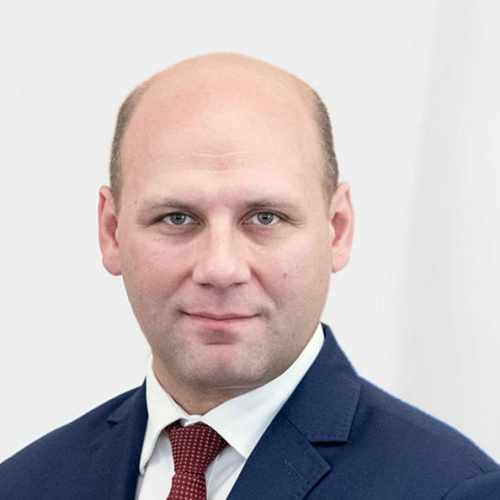