Polish PM: ‘EU is paying more attention to made up problems than real ones’

As the battle between the EU and Poland heats up, Poland’s PM says that the EU is ignoring real crises to focus on ideological crusades 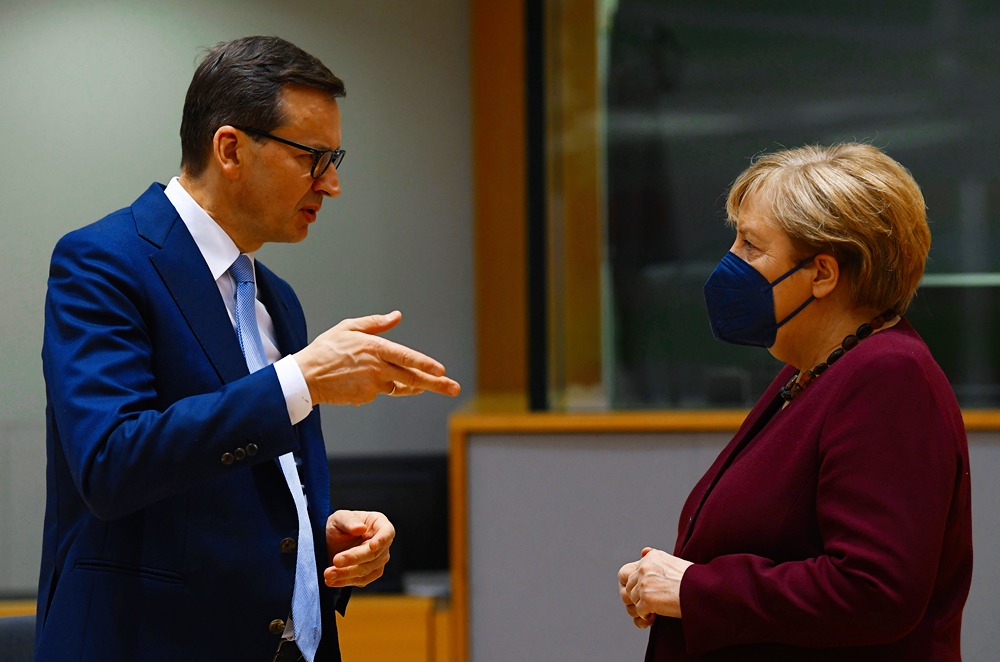 Respecting EU laws does not mean that EU law is above national constitutions, said Polish Prime Minister Mateusz Morawiecki in an interview where he discussed the current situation in Europe.

In the interview, which appeared in several European media, Morawiecki said that the primacy of a national constitution was the primacy of democracy.

Morawiecki also said that the EU is focusing its efforts on ideological causes and ignoring real crises.

“This excess of crises should encourage responsibility. Yet today, the EU is paying more attention to made up problems than real ones. Problems partially created by itself instead of focusing on external challenges,” he said.

He explained that the EU currently finds itself in a difficult situation due to the new pandemic waves. The process of economic recovery after lockdowns was just starting, the funds from the Recovery Fund were not yet being properly implemented and the risk of an energy crisis was looming on the horizon.

Morawiecki warned that Russia was using gas to blackmail and force particular states to make decisions which benefitted Moscow’s own interests.

The prime minister pointed to the pressure being imposed on Europe by Belarus and stressed that countries such as Poland, Lithuania and Latvia were facing provocations from the Belarusian side and a growing wave of illegal migration.

Poland was not planning to go anywhere outside of Europe and is and will continue to be a member of the European Union.

“It is difficult to find a nation more attached the ideas of freedom, democracy and the idea of Europeanness than Poles. Pro-European forces dominate in the Polish parliament and public life. Nevertheless, some media and politicians are trying to promote the ‘Polexit’ propaganda slogan,” he explained.

Morawiecki declared that “Poland is not planning to go anywhere outside of Europe and is and will continue to be a member of the European Union.”

The Polish prime minister explained that EU treaties precisely defined which competencies were given over to the union by member states and which they have maintained.

“The rule of the primacy of EU law means that it has priority when it comes to bills in areas under EU competencies,” he noted.

The prime minister declared that “member states were the masters of the treaties” and reminded that the recent ruling of the Polish Constitutional Tribunal concerning the relation between EU law and the Polish constitution was not an exception.

Morawiecki pointed out that courts and tribunals in Germany, Denmark, France, Italy, Spain, Lithuania, Czechia, and other EU states had made similar rulings in the past.