Germany’s Lutheran Church is spearheading an assault on Christian values

Germany’s Lutheran Church focuses on the environment, LGBTQ, diversity, gender, and climate, but has very little to do with Jesus Christ 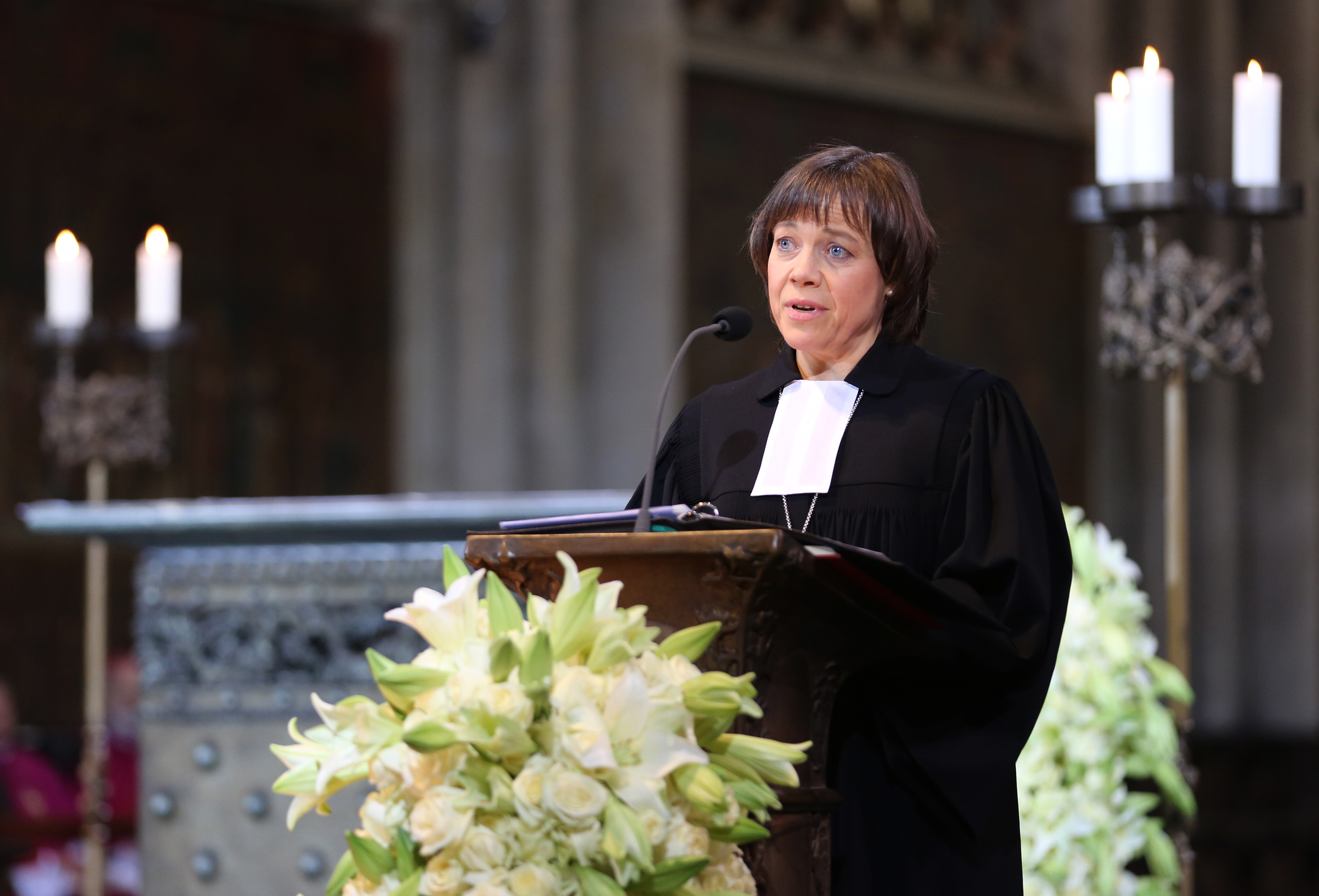 The very institution that should be reinforcing the Christian identity of German society has become its greatest adversary when it comes to the German Evangelical Church (EKD). Seemingly oblivious to the rapid decline in its own membership, it has become one of the most prominent driving forces of Germany’s Islamization, not only through its unflinching ideological and political support for mass migration, but also by direct financing of migrant rescue boats in the Mediterranean.

In the meantime, the Lutheran Church ruthlessly silencing any opposition to its newly acquired globalist outlook.

The latest fashionable progressive bandwagon the EKD leadership could not resist jumping on is LGBTQ identity politics. In a newsletter addressed to the remaining faithful, the church leadership has announced a pilgrimage entitled “Go for Gender Justice”. The Chairwoman of the Council of the EKD, President Annette Kurschus, calls for “courageous” acts at the beginning of the new year, implying that support for the LGBTQ cause in Germany was not almost mandated, but was to be considered an act of defiance.

“I can open doors, go out into the streets, be with the unloved, counter screams of hatred,” states the call to church members.

No explanation is included as on which German street did president Kurschus hear gender-biased “screams of hatred.” Nevertheless, she calls for more gender equality in all areas of society and rallies for “gender departments and equality bodies” in the regional churches of the EKD, Indeed, within the EKD, all regional centers must have gender department). Members should participate in no less than nine pilgrimages nationwide. The patron of the initiative is first-lady Elke Büdenbender, wife of president Frank-Walter Steinmeier, who will provide the secular blessing for the pilgrimage.

The church’s Go for Gender Justice web page calls for “overcoming devaluation and violence, recognizing diversity and distributing work, power and influence fairly,” but it nowhere rallies believers to help victims of Germany’s woefully managed COVID-19 response, to look after the elderly or to help those who are freezing in their homes due to the skyrocketing costs of Germany’s ideologically-driven green transition.

Instead, the EKD’s new year message is that “human rights apply regardless of gender and sexual identity.” Just to make their manifesto somewhat distinguishable from other secular human rights NGOs’ campaigns, on their website, they go on to call misogyny a sin and state that we are called by God to repent for “harms done to queer people…”

Journalist Josef Kraus has remarked in his article for Tichys Einblick that one has to worry about a “church” that, during one of the greatest health’s crises of our times, does nothing that resembles Christian charity. The many sick, suffering, and lonely people who mourn relatives are left for the most part alone.

Kraus also points out that the church leadership had bowed to the often half-baked dictates and restrictions of freedom promoted by politicians, even the prohibition of church services, without ever questioning them. He calls the EKD a “government-owned, lavishly tax funded, moralizing and politicizing NGO”. He accuses its leader of submitting to gender ideology, while forgetting that gender ideology is in fact just “pink cultural Marxism” that seemingly rallies for diversity, but in reality aims to level all differences between individuals and groups.

Kraus is also right in pointing out that the German Evangelical Church has in recent years started to resemble a state-funded sect, and therefore their tax-free charity status should be reviewed.

It is almost a sacrilege that the EKD leadership is instrumentalizing ancient Christian concepts such as “pilgrimage” for what is an increasingly secular Marxist agenda. Pilgrimage has always meant a spiritual journey to Christ, not a march in support of fashionable causes prescribed by secular authorities. The Biblical passage that Annette Kurschus chooses for her gender pilgrimage campaign is “whoever comes to me, I will never drive away” (John 6, 37). It is unclear whether the Gospel verse was cut in half for the sake of brevity or because the entire sentence is more problematic for the EDK. It, of course, reads as “All those the Father gives me will come to me, and whoever comes to me, I will never drive away”, which would of course violate German Churches’ gender-neutral speech directive.

Given its abysmal membership statistics, the EKD should have read the selected passage a little further down to verse 39, where Jesus says that “I shall lose none of all those he has given me.” Only in 2017, the EKD has lost as much as 390,000 of its member, as compared to the Catholic Church’s “mere” 268,000. They are of course very much in line with the government’s propaganda, which blames Germany’s demographics. By being one of the largest financial backers of German migrant smuggling NGO boats, they are certainly on the right track of changing the country’s demographics, but the millions of economic migrants from predominantly Muslim countries will do little good for the empty pews in Germany’s Protestant churches.