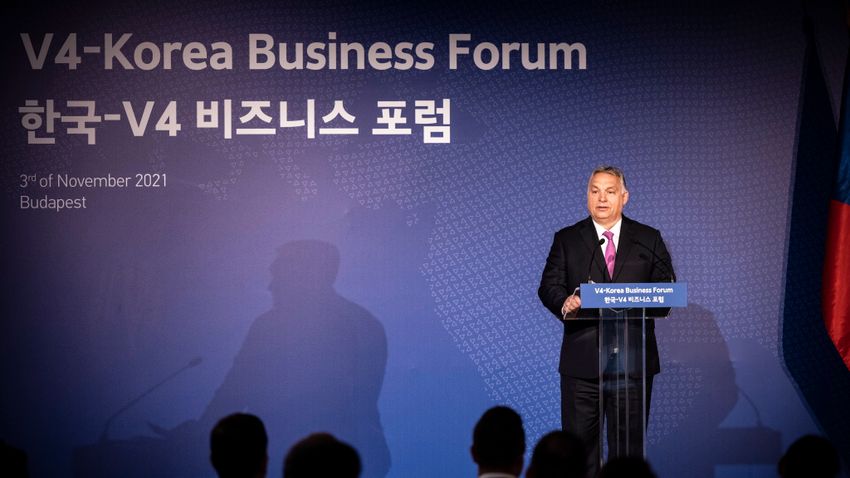 Closer cooperation between the countries of the Visegrád Four and South Korea will help the whole of Europe to regain its competitiveness, Hungarian Prime Minister Viktor Orbán said at the Visegrád4-Korea business forum in Budapest.

He said the biggest single issue for the whole of Europe is how can the EU regain the competitiveness it had before the 2008 financial crisis.

“We cannot regain competitiveness with an economic policy that does not focus on increasing efficiency,” he said.

He emphasized that Hungary therefore supports digitalization, the green economy, tax cuts and an even more open trade policy, but it does not support protectionist ideas, tax increases, nor can it support socialist ideas. According to Orbán, in the effort to regain European competitiveness, “Korea will be our friend, Korea will be our ally.”

In his speech, Orbán also said that Hungary will raise bilateral cooperation to a “new, strategic level” and talks are underway for a large South Korean university campus in Budapest.