Meloni’s government will soon force NGO ships flying flags from countries like France, Germany and Norway to accept the migrants they pick up in the Mediterranean Sea

The threshold of 100,000 illegal migrants who arrived by sea in Italy this year was crossed on Dec. 21, and the number is not only a symbolic milestone but also serving as a call to action for Italy’s conservative government.

The figure of 100,000 can be compared with the 64,055 on the same date a year ago and the 33,867 arrivals by sea in 2020. This year’s number is the highest since 2017, the year when the left-wing government of Matteo Renzi finally decided to clamp down on the NGOs’ business of transferring illegal immigrants to Europe through passive and sometimes active cooperation with people smugglers, introducing stricter rules on how NGO ships were allowed to operate in the Mediterranean Sea.

Starting next year, however, Giorgia Meloni’s government will introduce stricter rules for NGO boats operating in the Mediterranean Sea to prevent them from coordinating their activities with people smugglers and from searching for would-be immigrants near the Libyan shore.

Italy’s council of ministers was to approve on Dec. 28 a draft security decree that will include a new Code of Conduct for those NGOs and accelerate the processing of asylum requests.

One of the big changes the new right-wing government in Rome plans to introduce is that migrants taken on board an NGO boat in an alleged search-and-rescue operation will be required to declare if they intend to file an asylum request once in Europe. If this is the case, the country under whose flag a given ship is sailing will be required to take in the asylum seekers and process their requests.

The new policy change may give governments in Germany, France and other nations second thoughts about funding migrant boats operating on the Mediterranean if they are the ones forced to take these migrants in.

A second major change is that after a search-and-rescue operation, an NGO ship will have to immediately ask for a safe port to disembark the rescued migrants and will have to sail towards their designated port, without waiting for days for further opportunities to “rescue” migrants. 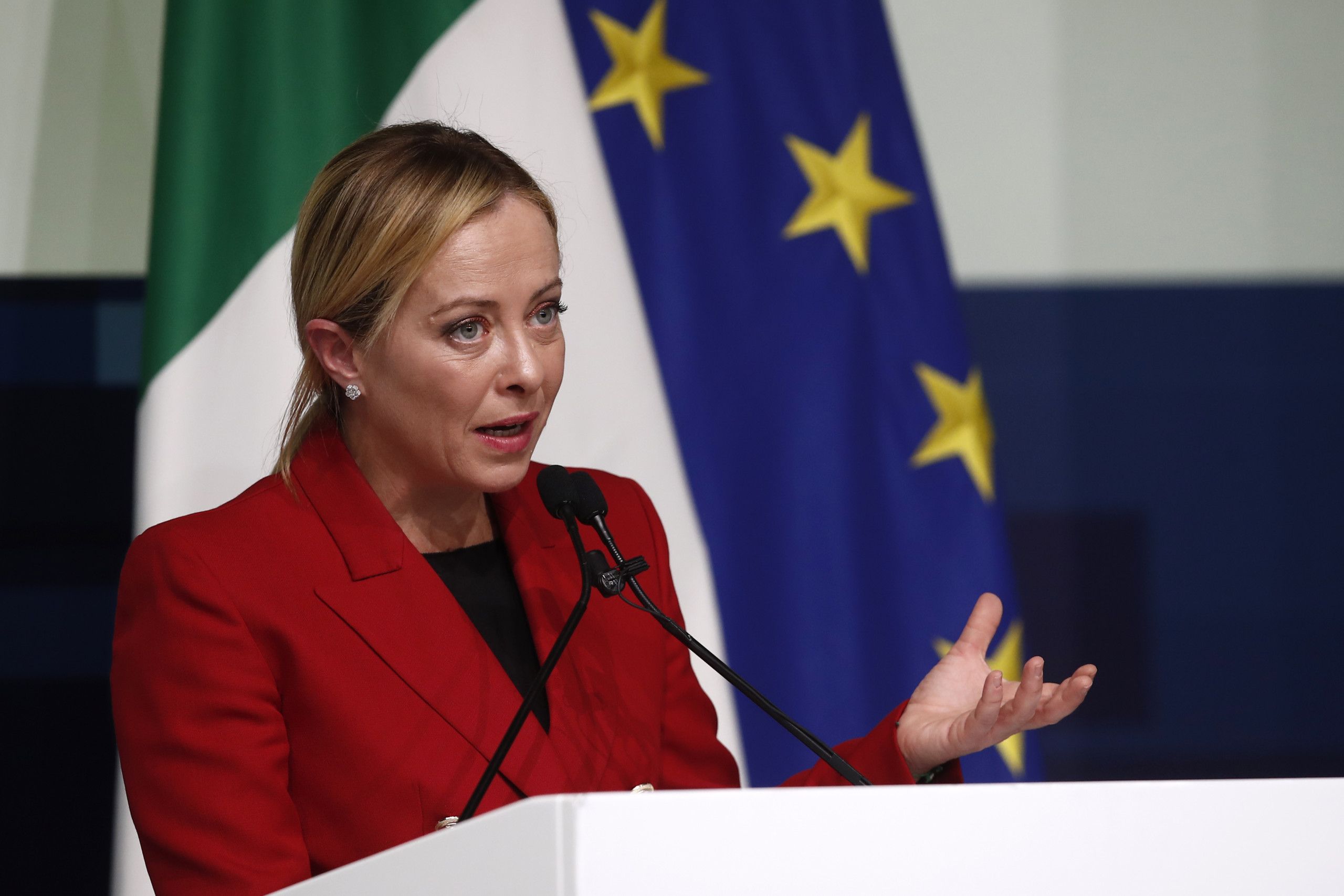 Meloni slams France and Germany for accepting less than 100 relocated migrants as Italy takes in 94,000 this year

Affluent EU nations France and Germany aren’t pulling their weight when it comes to the migrant crisis, leaving Italy and eastern Europe to bear the brunt, the Italian prime minister claims

This is meant to put an end to the practice of systematic searching for would-be illegal immigrants, sometimes in coordination with people smugglers, instead of conducting genuine search-and-rescue operations.

The NGOs that will violate the new rules will face administrative sanctions and can eventually have their ships seized by the Italian authorities in case of repeated violations.

The second part of the new “security decree,” which will have to be later approved by Italy’s parliament to become law and remain in effect, will provide for fast processing of asylum requests and more efficient repatriation procedures for those whose requests are rejected.

In 2016, 181,436 illegal immigrants entered Italy. Thanks to the new rules introduced by Interior Minister Marco Minniti in the summer of 2017 and a memorandum of cooperation that was then signed with the Libyan government in Tripoli, the number dropped that year to 119,310.

The lowest number —and the lowest death toll as well — was reached in 2019 after over a year with Matteo Salvini as Italy’s interior minister, with “only” 19,471 migrants arrivals by sea. However, that number included a significant rise observed from September to December, when Salvini’s League was replaced by the center-left Democratic Party as the 5-Star Movement’s coalition partner under Prime Minister Giuseppe Conte.

Similarly to what was observed during the previous years, most of the migrants who have crossed the Mediterranean Sea on small fishing boats or bigger ships run by European NGOs this year did not escape war. Out of the 100,000 who had arrived from Jan. 1 to Dec. 21, some 86,000 were from countries at peace. Out of these, over 20,000 were from Egypt, and almost 18,000 were from Tunisia. Bangladesh came third with over 14,000 of its citizens among those who reached Italy through the Mediterranean Sea this year. 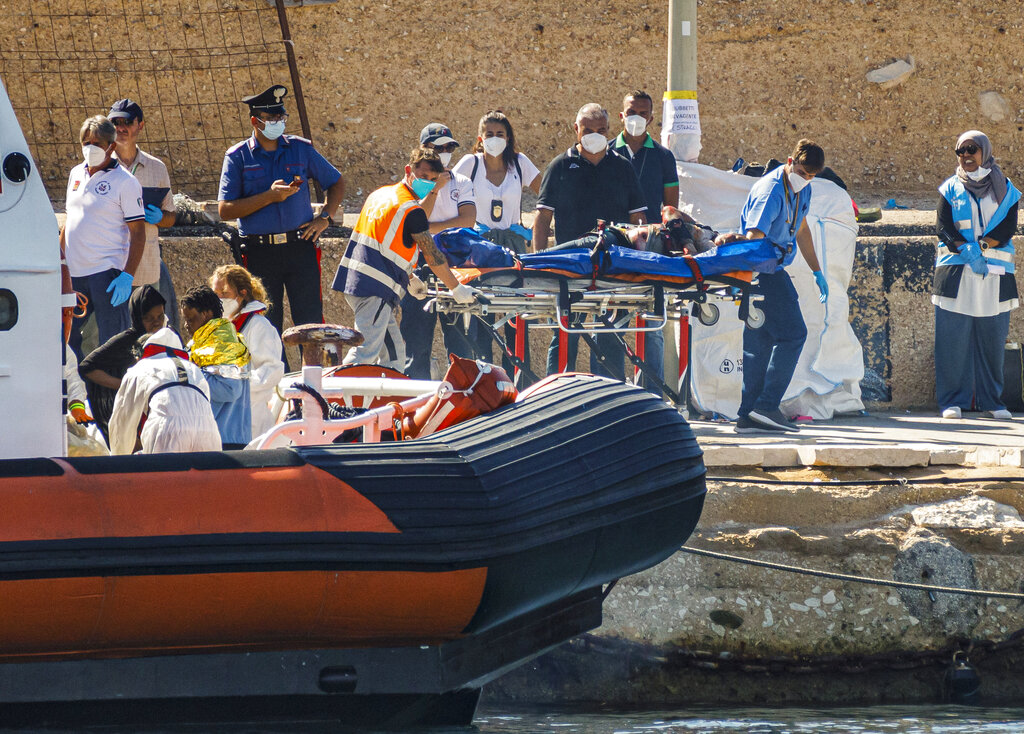 None of those countries are at war or known for persecuting their citizens, so it is clear most of those migrants have spent thousands of euros and risked their lives in the hope of a better standard of living in Europe.

It is also worth noting that out of those more than 100,000 new immigrants, over 30,000 have come from Tunisia using small boats and 73,173 sailed from the Libyan coast between Jan. 1 and Dec. 20, of whom 22,216 were turned back by Libyan coast guards. An additional 17,583 sailed from Turkey or Lebanon according to data from Italy’s interior ministry compiled by Il Giornale.

This year, there have been 15 ships active transporting migrants on the Mediterranean belonging to 12 different NGOs, of which only one is Italian. The biggest ships are run by the Franco-Swiss organization Doctors without Borders (MSF) and the “European” organization SOS Méditerranée whose headquarters are in France and which is financed in large part by French local authorities. Both the former’s Geo Barents ship (3,844 migrants disembarked in Italy this year, as of Dec. 20) and the latter’s Ocean Viking (2,387) fly the Norwegian flag. Germany’s Sea Watch came only third this year with its two ships having disembarked 1,825 migrants in Italy, but it will have a newer, bigger ship, the Sea Watch 5, to take even more migrants on board from next year on.

The Meloni government’s efforts to control immigration by sea will depend much on bilateral agreements they manage to secure with the countries of origin of those migrants. In addition, it remains to be seen whether Meloni’s government will have the courage to keep migrants under surveillance in closed facilities until their asylum requests are processed and until they are sent back to their home country for those whose requests are rejected.

All of these actions would necessarily set Italy on a collision course with the pro-immigration European elites in Brussels, Paris, and Berlin. 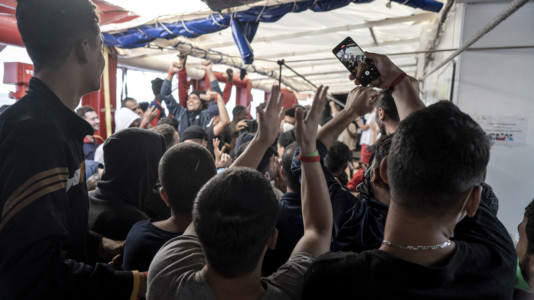 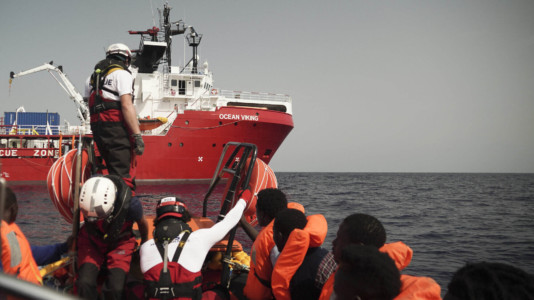