In recent days, NGO ships have rescued about 800 refugees, and hundreds more arrived on the Italian island of Lampedusa 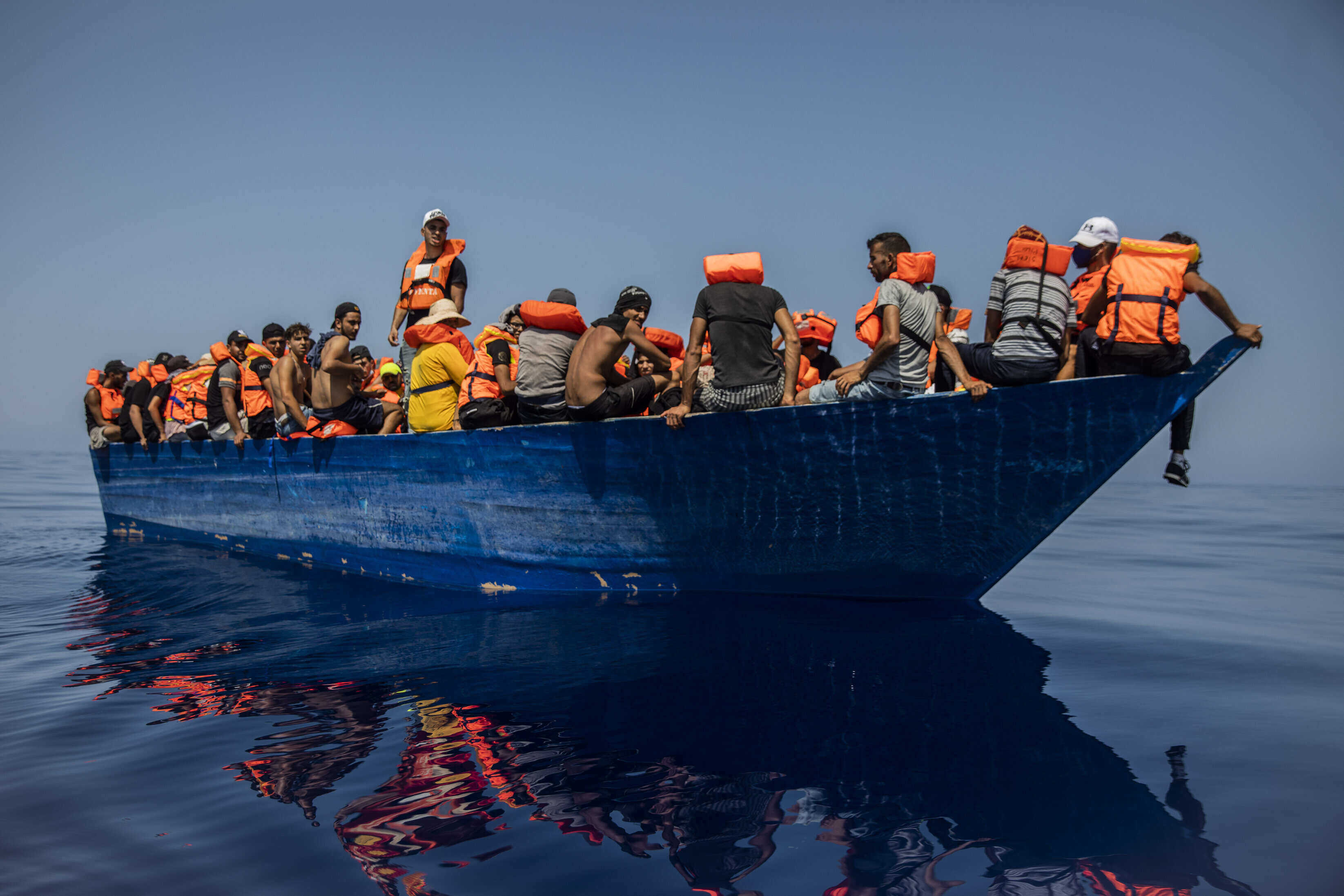 A group thought to be migrants from Tunisia aboard a precarious wooden boat waiting to be assisted by a team of the Spanish NGO Open Arms, around 20 miles southwest from the Italian island of Lampedusa, in Italian SAR zone, Thursday July 29, 2021. The NGO assisted more than 170 people who arrived next to the Italian island on board six different wooden dinghies, before the Italian authorities took them to land.(AP Photo/Santi Palacios)

In recent days, NGO ships have rescued about 800 refugees, and hundreds more have arrived on the Italian island of Lampedusa, the AP agency reported.

Speaking to the European Commissioner, the minister said that “the current migration wave cannot be faced only by Italy and other countries, borders of which are also the external borders of the European Union.” She called on Johansson to activate a temporary mechanism that would allow migrants from non-governmental ships to be admitted to other European countries.

This week, the minister faced strong criticism from League leader Matteo Salvini for not being able to face illegal migration to Italy. The politician called on the minister to find a solution by the end of August. Otherwise, according to him, Prime Minister Mario Draghi should consider whether it is not appropriate to replace her in the cabinet.

In recent days, about 2,000 migrants have arrived on the Italian island of Lampedusa, according to the EFE agency. Another 800 are on board NGO vessels. Most of them are hosted by the Ocean Viking ship of the French organization SOS Méditerranée.

According to the Italian Ministry of the Interior, 30,000 migrants arrived on the Italian shores across the Mediterranean this year. That’s about twice as much as in the same period last year. However, according to the International Organization for Migration (IOM), the number of migrants who died in the Mediterranean this year on their way to Europe has also increased significantly. The organization has recorded over 1,100 deaths so far this year.

Title image: A group thought to be migrants from Tunisia aboard a precarious wooden boat waiting to be assisted by a team of the Spanish NGO Open Arms, around 20 miles southwest of the Italian island of Lampedusa, in Italian SAR zone, Thursday July 29, 2021. (AP Photo/Santi Palacios)