Iran weeks from having enough nuclear material for a bomb

Iran is weeks away from producing the amount of fissile material needed for a nuclear bomb, Israeli Defense Minister Benny Gantz said 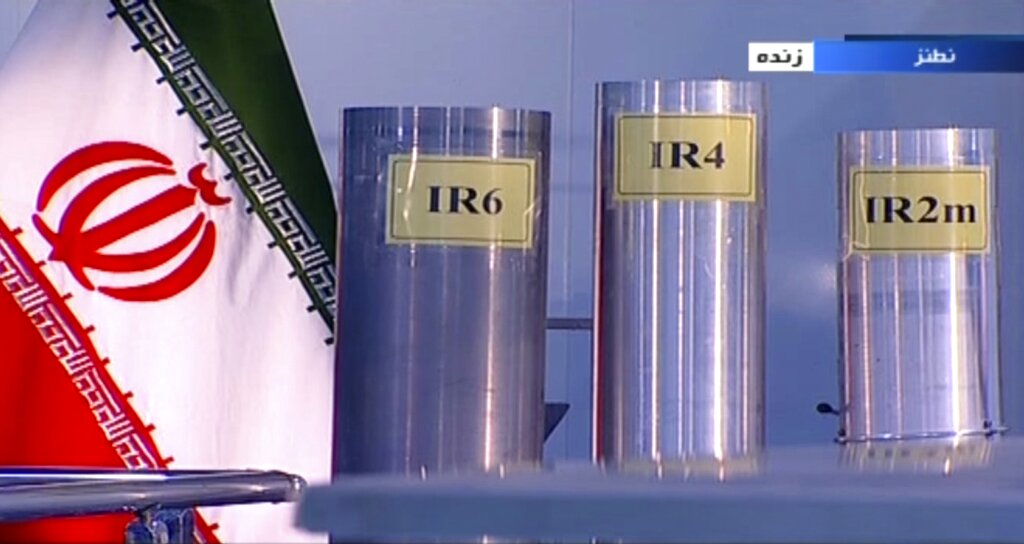 FILE - In this June 6, 2018 frame grab from the Islamic Republic Iran Broadcasting, IRIB, state-run TV, three versions of domestically-built centrifuges are shown in a live TV program from Natanz, an Iranian uranium enrichment plant, in Iran. Iran has not made a decision yet about whether to extend an agreement with the U.N. atomic watchdog over access to surveillance footage at its nuclear sites, the country’s foreign ministry said Monday, June 28, 2021. (IRIB via AP, File)

At a meeting with the ambassadors of the countries participating in the UN Security Council, Israeli Defense Minister Benny Gantz said that Iran has violated all the directives set out in the 2015 Nuclear Convention and needs about 10 weeks to produce fissile material of essential quality for nuclear weapons.

Gantz spoke at a meeting of the Security Council ambassadors, who were summoned after an attack on an Israeli-operated cargo ship in the Bay of Oman region claimed two lives.

As reported earlier by Remix News, last week the oil tanker Mercer Street was the target of a drone attack in the Arabian Sea. The attack resulted in two deaths – a British employee of the security company Ambrey, and a Romanian crew member, according to the shipowner Zodiac Maritime, an international company based in London and managed by Israeli billionaire Eyal Ofer.

Gantz blamed two senior members of the Iranian Revolutionary Guard – Said Arjani, who led the drone warfare, and Amir Ali Hajiadade, who led the Air Force – as responsible for the attack on Mercer Street.

Israel, Romania, Britain, and the United States blame Iran for the incident, but Tehran denies it had anything to do with it. According to the Israeli politician, Iran has violated the limits set out in the previous nuclear agreement, and Tehran has once again demonstrated that it poses an international and regional challenge that also threatens Israel.

Gantz stressed that Iran is responsible for dozens of terrorist acts in the Middle East and operates militias in Yemen, Iraq, and other countries. Meanwhile, negotiations on a new nuclear agreement with Iran are stalled.

Under the 2015 international agreement, Tehran limited its nuclear program, in exchange for the international community lifting most of the sanctions on Iran. Former U.S. President Donald Trump, on the other hand, withdrew from the agreement and reinstated punitive measures. In response, Tehran also gradually terminated its contractual obligations.

Discussions on a new convention, which began in April, were suspended in June after the hard-line Ebrahim Raisi won the Iranian presidential election, and no resumption date has been set yet. The day before the inauguration of Raisi, the Israeli defense minister reiterating warnings about Tehran’s nuclear program.