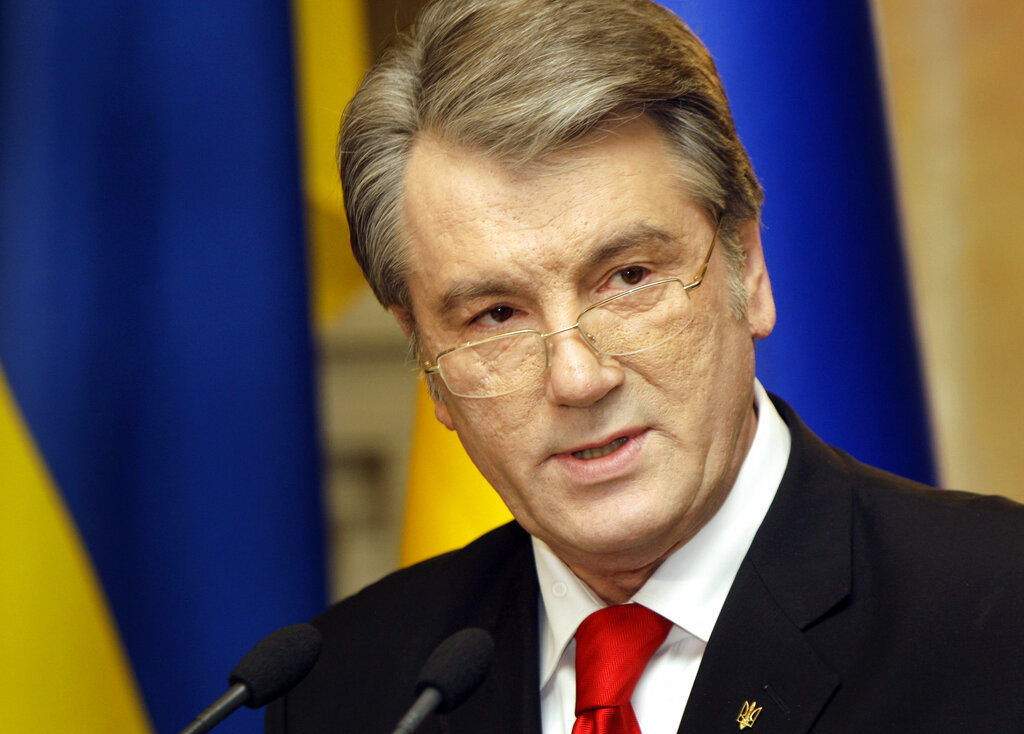 Former Ukrainian President Viktor Yushchenko has warned his country’s European neighbors that the current conflict in Ukraine “is knocking on everyone’s door” and has praised Poland for showing real leadership throughout the ongoing crisis.

“Few in Europe could say for whom the bell tolls,” Yushchenko claimed in an interview with Polish commercial news channel TVN24. It always tolls for you, for everyone of us,” he said, adding that he was watching the situation across Europe and the continent’s new leaders “with fascination.”

“I mean countries, leaders. I am very happy that today when we are talking about the situation in Europe, we see Poland and the Poles in every moment,” Yushchenko claimed as he praised Ukraine’s neighbor for becoming a “fascinating new leader in Europe.”

Referring to the ongoing conflict in Ukraine, its former president said that “on one side we have the forces of freedom, on the other – orcs.” He added that the Russians will never let Ukraine be a free country and stated that Vladimir Putin suffered a complete defeat in Ukraine and was now opting for stage two – “a slow, crawling war waged with enormous difficulties.”

Yushchenko added that Putin was not ready to negotiate any kind of agreement with the world powers.

According to the former president, Ukraine is waging two wars against Russia. “Every Ukrainian, regardless of where he is, is on the front line. We wage two wars against Putin – one is a hot war, on the battlefield, where most of our forces are mobilized,” he said.

The other is a “cold war” which the entire society of Ukraine is fighting. Yushchenko added that he hopes Western societies will also wage this kind of a war and that their attitude has changed drastically in the last 60 days.

The politician was asked about the NATO summit in Bucharest in 2008, when both his country and Georgia were denied entry to the alliance. “Unfortunately, under Merkel and Sarkozy’s leadership, the Alliance has shown a red card to Georgia and Ukraine. It was an absolute irresponsibility,” assessed Yushchenko.

He reminded that just after 3 months, Putin sent his troops to Georgia, and 8 years later to Ukraine. “It is a very simple analytic logic. You really do not have to be a genius to understand that this political-energetic corruption, that entered Europe by the hand of Putin, gave its fruits,” said the former president of Ukraine.

“That is the very dark side of European politics, that has disappointed and still keeps disappointing me.”

Yushchenko is the former Prime Minister (1999-2001) and president (2005-2010) of Ukraine, one of the faces of the so-called Orange Revolution from 2004 when mass protests of Ukrainians against rigged presidential elections led to a rerun of the second round where he defeated a pro-Russian candidate Viktor Yanukovych.

Following an assassination attempt in late 2004 during his election campaign, Yushchenko was confirmed to have ingested hazardous amounts of poison. He suffered disfigurement as a result of the poisoning, but has since made a full recovery.