According to a Belarusian air traffic controller, the grounding of the Ryanair aircraft carrying opposition activist Roman Protasevich was an operation prepared and conducted by Belarusian services 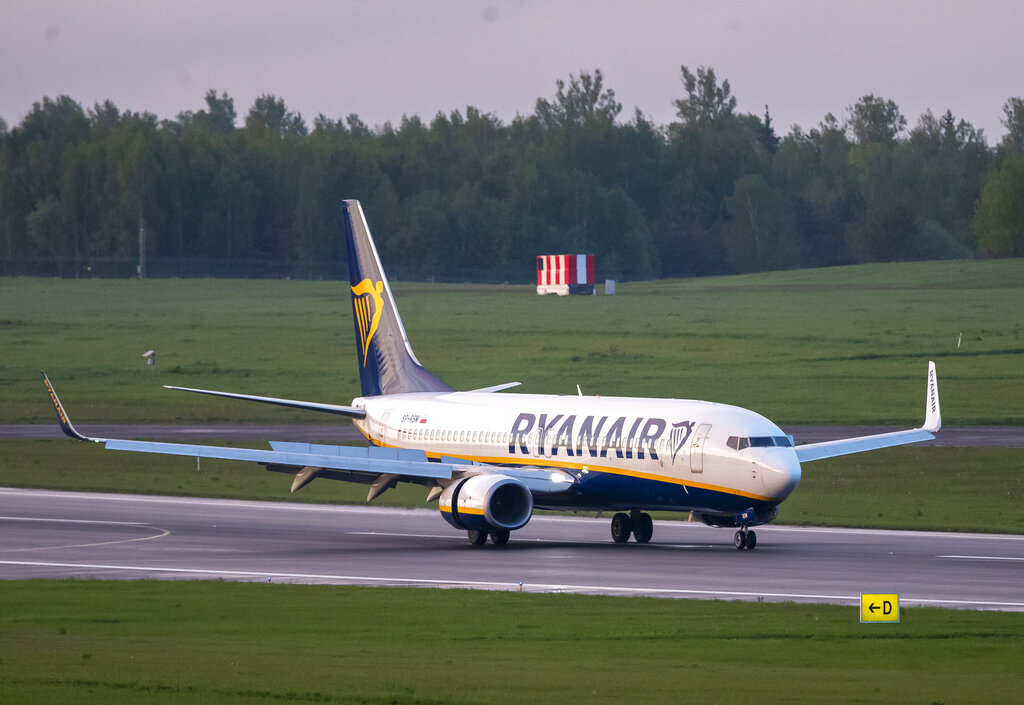 FILE - In this May 23, 2021, file photo, a Ryanair jet that carried opposition figure Raman Protasevich was diverted to Minsk, Belarus, after a bomb threat. Pratasevich, who ran a channel on a messaging app used to organize demonstrations against authoritarian President Alexander Lukashenko, was arrested after the plane landed. (AP Photo/Mindaugas Kulbis, File)

According to a New York Times article, a former Minsk air traffic controller told Polish services about the background of the grounding of a Ryanair plane en route from Athens to Vilnius on May 23, 2021. On board the plane was Belarusian opposition activist Roman Protasevich.

Following the air controller’s escape from Belarus, he was meant to present evidence to Polish services that the aircraft had been forced to land as part of an operation to kidnap Protasevich organized by Belarusian intelligence services. Among the alleged methods used was to claim that explosives had supposedly been planted on the plane.

The New York Times reported that the Spokesperson of the Minister-Special Services Coordinator Stanisław Żaryn had told their journalists that Polish services, while investigating the incident, “were able to acquire a direct witness from the Minsk air traffic control tower.”

After the publishing of the New York Times article, Żaryn himself posted a video on Twitter in which he presented the findings of the Polish side.

According to the witness, a Belarusian KGB officer was present in the tower during the plane’s grounding and had presented an air traffic controller under his authority “at a key moment.” During the entire operation, the officer had maintained phone contact with an unknown person to whom he was reporting what was happening to the aircraft.

The air traffic controller who revealed this information was responsible for informing the airplane’s captain about the alleged explosives on board the aircraft and that the plane should land in Minsk “for security reasons.”

The evidence presented by the witness could help Polish services prepare a lawsuit against Belarusian authorities.