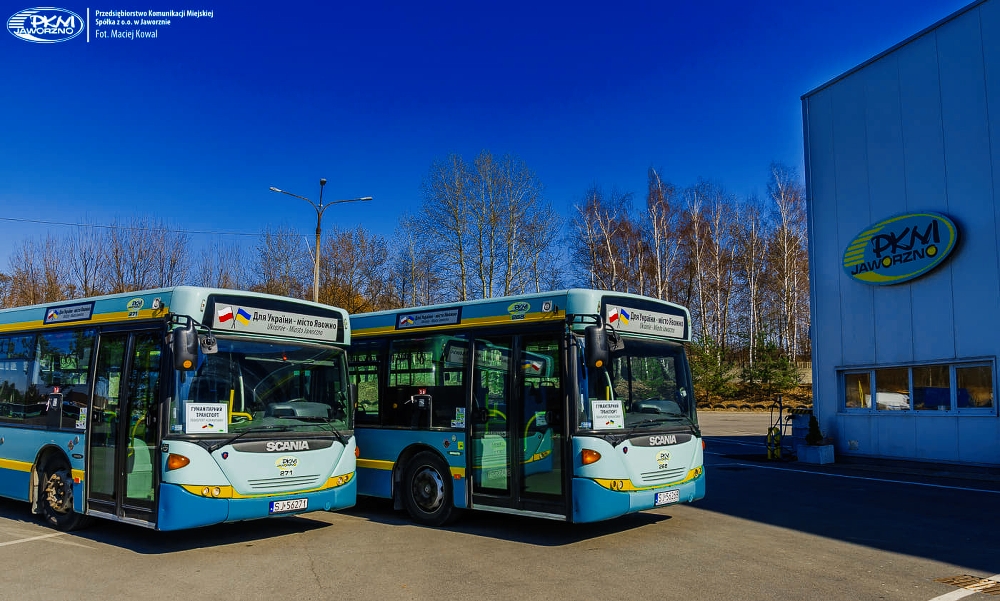 Poland has gifted 20 buses to the Ukrainian city of Lviv to help replace the city’s own fleet currently being used to transport refugees from greater affected areas of the country to safety.

The municipalities of Kraków, Katowice, Sosnowiec, and Jaworzno all made contributions as Poland continued its showing of solidarity with its neighbor with three of the buses on display during a special briefing in Lviv on Friday.

“Our city buses are used by the military and to evacuate refugees, so the ones gifted by the Poles will be very useful to us, as they will be used for public transportation,” said Oleh Zabarylo, the head of the Department of Urban Mobility and Street Infrastructure of the Lviv City Council.

“We are very grateful to the mayors of the cities of Kraków, Katowice, Sosnowiec, Jaworzno, Tychy and Świerklaniec for sending the buses,” Zabarylo added.

He also informed the authorities in Lviv are expecting four additional buses from the municipalities of Gdańsk, Gdynia, Białystok, and Płock. The buses are modern and only need a few adjustments to adapt them to the Ukrainian requirements. All of the buses had passed inspection before being sent to Ukraine.

Most of the buses driving the streets of Lviv were sent to the east of the country for the transportation of the war refugees and military personnel. The Polish cities gifted the replacement vehicles in response to the Ukrainian request for aid in this field.

The mayor of Lviv, Andriy Sadovyi, met with the Association of Polish Cities on March 11, and stressed that buses are a necessity as they are used to transport the refugees, pharmaceuticals and food inside the city.