At the behest of Poland’s president, the leaders of the Weimar Triangle included an entry in their joint statement which emphasized NATO’s role in deterring and defending against current threats 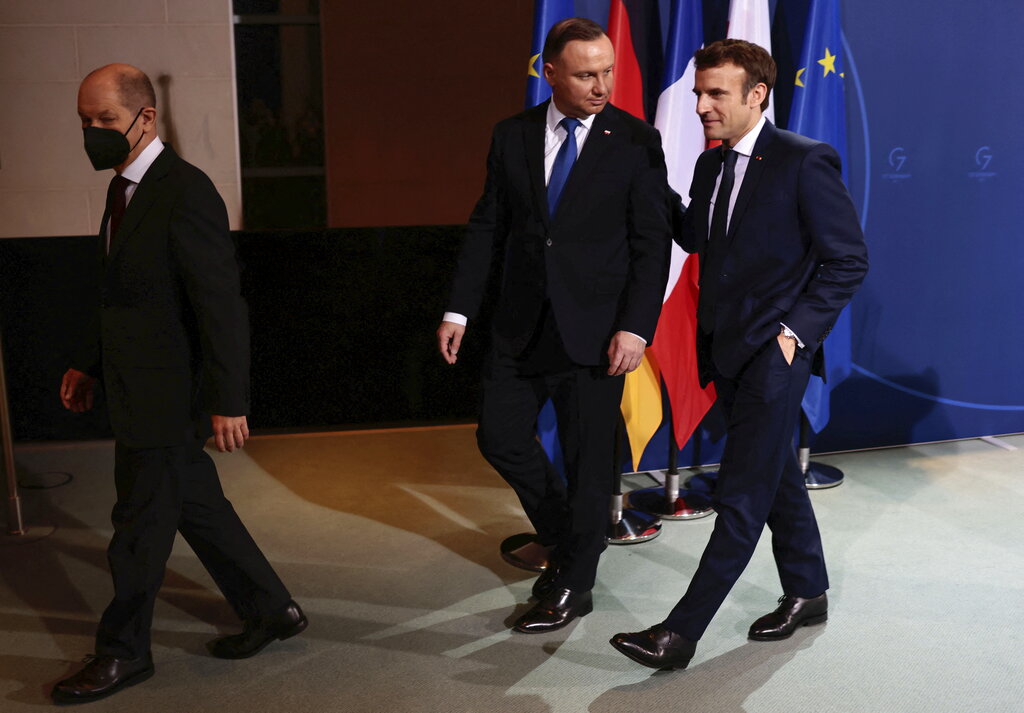 Poland is taking the lead in efforts to deter Russia from threatening Ukraine, and that position was made clear during the Weimer Triangle talks with Germany and France, said Pawel Soloch, who serves as the head of the Polish National Security Bureau.

“Poland has the most decisive and assertive position against what Russia has been doing, and such a point of view was presented by President Andrzej Duda,” he said.

He explained that the Weimar Triangle spoke not only about the situation around Ukraine, but also about what the West was meant to do.

“Our position is that the response should not only be dialogue with Moscow, but above all else a display of the ability to deter Moscow,” Soloch noted.

He also said that a proposed statement from Duda was included in the leaders’ joint declaration, which “emphasized the role of NATO not as a forum between the West and Russia, but as an organization whose role is to possess the means for deterrence and defense against the threats with which we are currently faced with.”

Soloch considered the direction in which the issues associated with the Ukrainian-Russian conflict could develop.

“For example, the Ukrainian cause may be sold out. No shots will be fired, but Ukraine will be sold out. There is no agreement from us for this to happen, this is against our interests and those of all of Europe,” he stated.

On Tuesday, the Polish President Andrzej Duda, French President Emmanuel Macron and German Chancellor Olaf Scholz met in Berlin in the Weimar Triangle format. The talks focused on security in Central and Eastern Europe and the threat of a Russian invasion of Ukraine.

The leaders emphasized after the meeting that further violations of Ukraine’s territorial integrity and sovereignty were unacceptable.

Scholz stressed after the meeting that the leaders’ common goal was to prevent war in Europe.

“We must find a solution to avoid war. This is our foundational mission,” Duda said. Macron emphasized the importance of peace and stability on the continent.