‘Russian troops in Belarus will change the region’s security architecture,’ warns Duda after talks with Stoltenberg 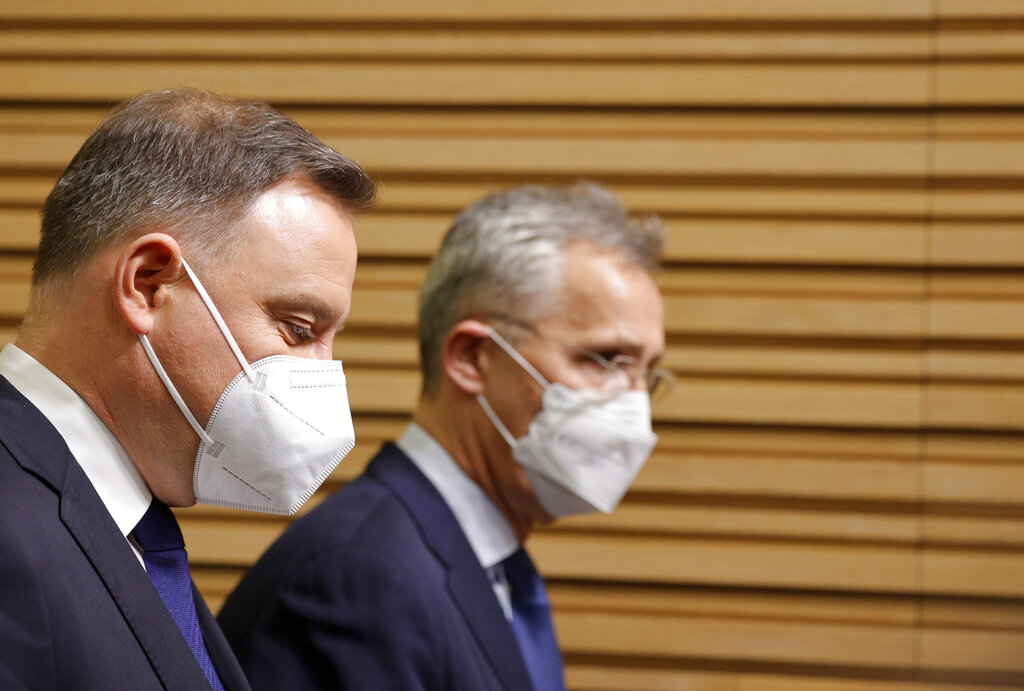 Polish President Andrzej Duda has called on NATO member states to send more military reinforcements to the alliance’s eastern flank to further deter Russian from an invasion of Ukraine.

His comments follow a meeting between the Polish premier and NATO Secretary General Jens Stoltenberg in Brussels on Monday.

Joint drills between the Russian and Belarusian militaries are scheduled to take place in Belarus between Feb. 10 and 20. Russian troops along with equipment from the country’s eastern regions have already arrived on its western flank.

“I have no doubts that we need a strengthening of the NATO eastern flank in this area,” Duda told reporters following his meeting at NATO’s headquarters in Brussels.

“Everyone can see what is happening: Russia is increasing its military presence in our part of Europe and more and more Russian units are arriving, both to the Russian-Ukrainian border and to Belarus,” he added.

Poland’s president explained that military drills were to take place in neighboring Belarus and that “if the Russian troops remain after the drills, the region’s security architecture would change.

“We could say in that case that Russia would gain another military district and the military border between Russia and NATO will increase by another 1200 kilometers because that is Belarus’s border with NATO states,” Duda stated.

The President warned that this threat must be taken seriously, and proposed additional NATO formats in which to hold talks with Ukraine and Georgia.

“I proposed to hold talks in the NATO-Ukraine and NATO-Georgia format to show our solidarity with them and show, that we will not abandon them.”

In addition to security issues and the situation in Ukraine, the subject of the president’s initiative concerning the Polish Supreme Court was also discussed.

The proposal suggests the removal of the current Disciplinary Chamber and the establishment of a Professional Responsibility Chamber. That issue was at the center of a long-running dispute between Warsaw and Brussels over the rule of law.

“I presented my position on the matter. I explained my intentions. I expressed hopes that this would end this discussion between the European Commission and Polish authorities, as well as heal the difficult situation in the Polish Supreme Court,” said President Duda. 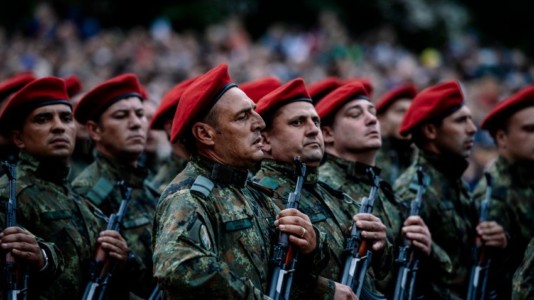