Up to 80,000 Russian and Belarusian troops to hold war drills in February 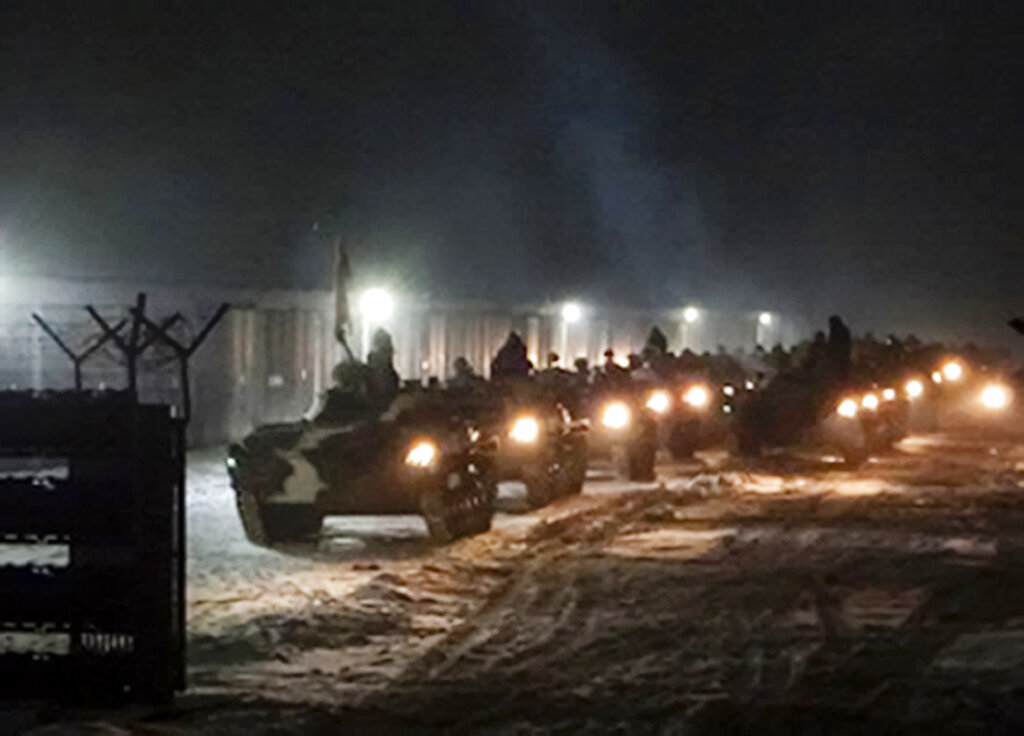 In this photo provided by Vayar Military Agency on Tuesday, Jan. 25, 2022, Belarusian military vehicles gather preparing to attend Belarusian and Russian joint military drills in Belarus. Russia has sent an unspecified number of troops from the country's far east to its ally Belarus, which shares a border with Ukraine, for major war games in February. (Vayar Military Agency Agency via AP)

As part of the first phase of drills which were unexpectedly announced by the Russian and Belarusian defense ministries in mid-January, huge numbers of forces were redeployed from the far-off Eastern Military District to Belarus.

For the first time in its post-Soviet history, Russia has carried out such a large-scale transfer of forces across such a large distance.

This is a test of the Russian Federation armed force’s readiness to carry out strategic redeployment whose speed and size is several orders of magnitude larger than during last year’s Zapad-2021 drills. The total number of troops engaged in Belarus, even given conservative estimates, will exceed 60,000 to 80,000.

The scenario for the Union Resolve 2022 drills, which are to take place between Feb. 10 and Feb. 20, entails Russian-Belarusian forces responding to an attack on Russian territory.

The deputy head of the general staff of Belarusian Armed Forces, General Pavel Muravyenko, said while announcing the start of the drills that “NATO forces located on the borders with Belarus are strong enough to provoke and start an international conflict in the region.”

He included the Polish Border Guard and other uniform services securing the Polish border due to the migration crisis among these NATO forces.

The scenario foresees first hybrid and later conventional enemy actions from the territory of the fictional states of Neris, Pimoriya, Klopiya and for the first time – a threat from the south from the fictional country of Dnieprovia.

The aim of these “imperialistic aggressors” is the “change of the political authorities of the state and the destruction of the Polesie Republic Union State and the powerful Northern Federation.” A key role is played by the armed forces of the Russian Federation which arrived with “brotherly aid.”

The plan is clear and the fictional states do not even conceal who the enemy is here and what Moscow’s goals are. In addition to showing Belarus what the current situation looks like and the position of fronts of the Union State (Russia and Belarus), the drills are meant to strengthen the message to Ukraine and NATO.

This is once again an example of how the armed forces are not the final tool, but merely one of the tools of foreign policy for the Kremlin.