Poland: Polling shows annoyance with Brussels and fear of coping without EU funds 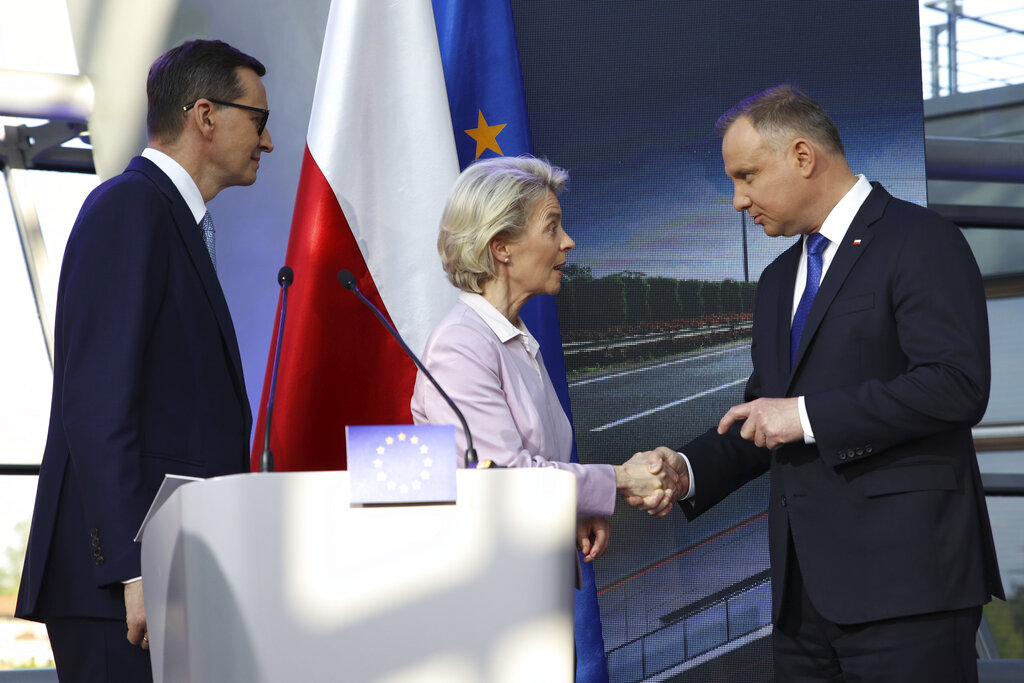 Forty-eight percent of Poles believe it was dishonest of the European Commission to reach a compromise with Poland over the country’s operational program and then back out of it by demanding more changes to Poland’s judicial reforms, according to a poll commissioned by portal wPolityce.pl.

Only 24 percent took the opposite view, and 28 percent of respondents were undecided. The question posed by the pollster was whether the European Commission had been honest by first accepting a compromise and then backing out of it.

Respondents were also asked if Poland should back out some of its commitments vis-à-vis the EU when the union is blocking Poland’s Recovery Fund allocation. The poll shows that 43 percent said that it would be justified, with 31 percent opposed and 26 percent undecided. The question in the survey did not indicate as to what exactly Poland could or should do in response to the withholding of funds.

Another survey, conducted by United Surveys, shows Poles feeling that the country will not cope without EU recovery funding. Poland should receive €35 billion worth of funding from the EU Recovery Fund and has until 2026 to spend the money. However, the funding has not been made available as a result of the dispute between Poland, the European Commission and the European Court of Justice over rule of law compliance.

The question asked in the survey was: “Will Poland cope with economic problems without funds from the EU Recovery Fund?” Fifty-five percent replied that it would not cope, while 37 percent believed that Poland would be able to cope. Unsurprisingly, 80 percent of ruling-party supporters believed Poland would cope, whereas almost 90 percent of opposition parties voters felt that it would not.