Germany will be the perpetrator of NATO’s breaking apart and Putin won’t have to do much, warns General Waldemar Skrzypczak, the former commander of Polish Land Forces 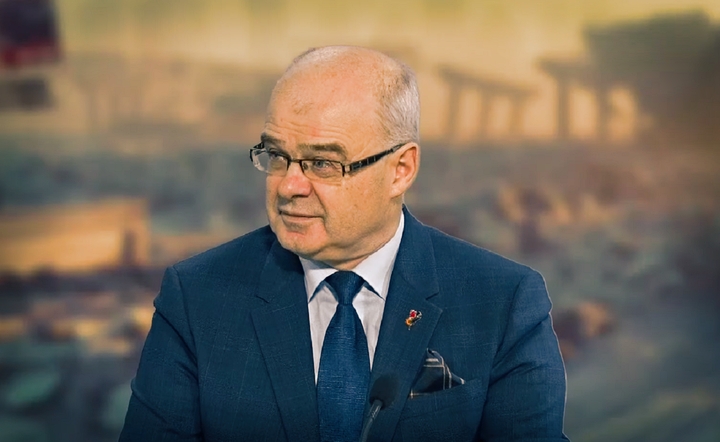 In an interview for a conservative portal wpolityce.pl, Polish general Waldemar Skrzypczak spoke about the current tensions around Ukraine and Russia’s recent sending of troops to Kazakhstan.

He explained that Russia and Putin’s policy in recent years resolved around rebuilding an empire and expanding it so that spheres of influence which used to be part of the USSR would return.

“His goal is about restoring the Russian Empire to its previous state which existed during the Soviet Union. For it to be huge, meaningful and able to decide or co-decide about the fate of the world,” Skrzypczak said.

The general explained that Russia’s rank as a power fell severely following Gorbachev’s revolution and the fall of the USSR.

What’s more, he noted that the crisis on the Polish-Belarusian border was a result of Putin’s policy, which is meant to threaten Eastern Europe with an invasion of migrants.

A second aspect which the general listed was Russia constantly threatening Ukraine with war.

“Putin claims that Ukraine is still a part of the Russian empire and should be a part of the Commonwealth of Independent States. Moreover, he does not want NATO or its partners to appear in this sphere of interest, despite Ukraine being a NATO partner,” he said.

Just one more step and NATO will be gone, and the perpetrator of NATO’s breaking apart will not be Orbán or anyone else, but Germany, which desires a reset in relations with Russia.

Nevertheless, Skrzypczak pointed out, that the situation in Kazakhstan has spiraled out of control for Putin and that the Russian president was aware that he was facing a serious problem.

“If democratic forces take power in Kazakhstan, the country will leave Putin’s orbit, especially since Kazakhs are Muslims,” he stated. The general noted that Kazakhstan has drawn Putin’s attention away from Ukraine.

General Skrzypczak is of the opinion that Putin did not have too many arguments to convince NATO, the EU or Joe Biden of Russia’s rights. This is because the only argument Putin has left is that he does not want NATO close to Russia’s borders.

The general warned, however, that “Putin did not have to do much to make NATO fall apart due to Germany’s equivocal position”.

“Just one more step and NATO will be gone, and the perpetrator of NATO’s breaking apart will not be Orbán or anyone else, but Germany, which desires a reset in relations with Russia,” he said.

The general emphasized that Germany’s ambiguous game proved that it did not want to offer resistance as part of NATO’s circle, but the opposite — to take a step back for Putin.

“Each step NATO takes back due to Germany’s pressure will be a defeat for NATO and NATO should pack up if that will be the case. After all, what is NATO for?” he asked.