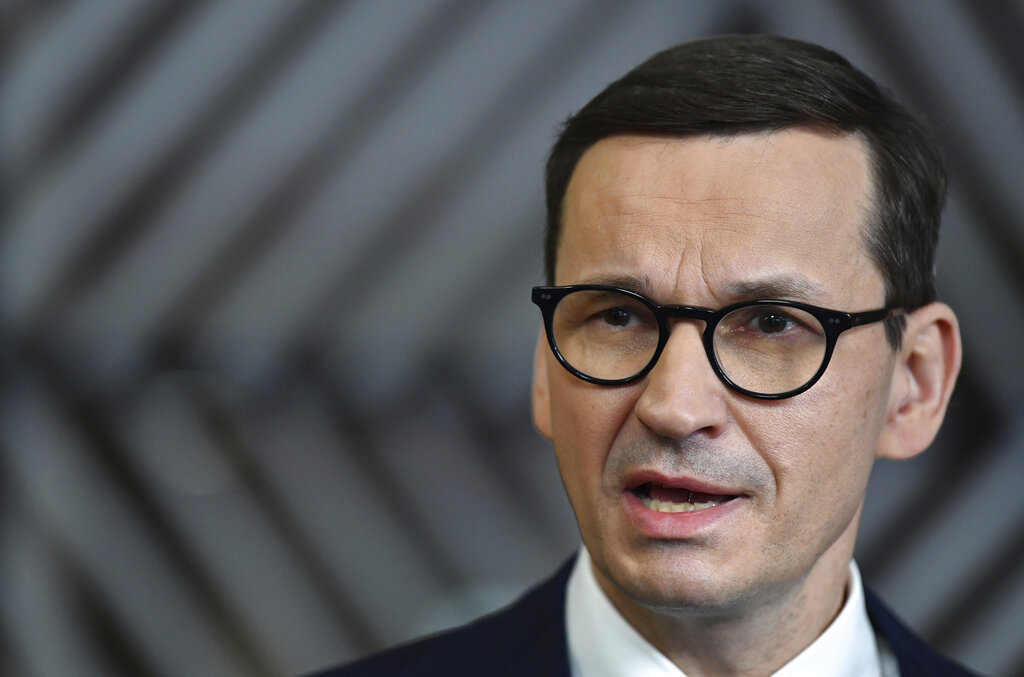 Polish Prime Minister Mateusz Morawiecki has officially thanked all the Poles who have accepted Ukrainian refugees to their homes.

“We want to turn this help into systemic aid. This is why we have proposed a bill which should reach parliament shortly. According to [the new law], people who will accept war refugees from Ukraine will receive 40 Polish zlotys (€8) per day, per refugee. After all, heating and boarding costs money,” he said on Polsat News television on Friday evening.

The new bill is meant to regulate also issues such as education and hospitalization of refugees. The Polish prime minister noted that the EU will also be paying extra for all of this.

He emphasized that while he believed Poles were doing everything they could to help Ukrainians, Europe as a whole was not.

“The further away one is from the border with Russia, the lesser the understanding of the great threat. We understand it and we ask: ‘What are you waiting for? Do you want a repeat of Katyń?’ They [the Russians] have proscription lists and know who to murder and to destroy. That’s how Russians work — in a brutal manner. Please prevent this,” Morawiecki urged.

The prime minister added that while cutting off Russian energy sources would hurt the West, it would hurt Moscow much more and would finally separate fuel from Putin’s war machine.

“Hitler was not satisfied with Czechoslovakia and went on to Poland. He was not content with Poland and went on to France. My dear friends from Western Europe – this lesson cannot be forgotten,” he said.

The war in Ukraine has been ongoing for close to two weeks. Russia’s attack has been condemned by the majority of the international community, which has imposed unprecedented sanctions on Moscow. However, the world’s most populous country, China, has seemingly thrown its support behind Russia. India has also taken a neutral stance on the conflict.

As a result of the invasion, hundreds of thousands of Ukrainians have fled to Poland. The Polish Border Guard reported on Sunday that over 1 million Ukrainian refugees have entered the country since the invasion started.