Polish President: ‘I am consistently demanding the strengthening of Polish security and more support for Ukraine’ 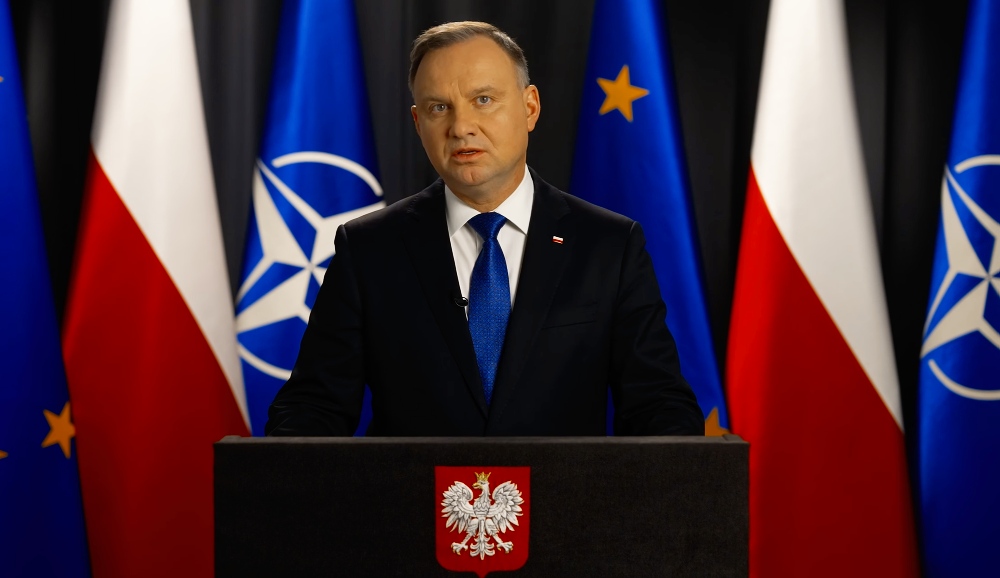 Poland’s President Andrzej Duda has called for a bolstering of NATO’s defenses on its eastern flank to offer Poland greater security and facilitate more support for Ukraine.

In a televised address delivered to the nation on Thursday, Duda fed back on progress made at this week’s emergency NATO summit in Brussels.

“As the president of Poland, I am consistently demanding the strengthening of Polish security and more support for Ukraine in the international arena,” Duda told viewers. “The emergency NATO summit in Brussels with the participation of U.S. President Joe Biden was devoted to this matter,” he added.

NATO members agreed to redefine the organization’s long-term deterrence and defense policy, announcing further strengthening of its Eastern flank through the establishment of new battle groups in Bulgaria, Romania, Hungary, and Slovakia. They will join the structures already functioning in Poland and across the Baltic States.

“Poland’s position is clear — we believe that NATO’s new strategic concept must acknowledge the changes caused by the Russian aggression in Ukraine,” Duda affirmed.

“Higher NATO engagement in our region is needed; both in terms of troops and infrastructure. The summit is the next step which strengthens the eastern flank,” he added.

The Polish president reminded viewers of the one-month anniversary of the Russian invasion of Ukraine as he praised the heroic defense of the Ukrainians who, under the leadership of Volodymyr Zelensky, have been opposing the aggressors.

“They are showing the whole world what true courage and valor are,” Duda said, adding that the Russian aggression “has led to the greatest global security crisis since the Second World War.”

He briefly touched on U.S. President Joe Biden’s two-day visit to Poland, which starts on Friday, praising Biden’s presence in Poland “in this difficult time” as an “incredibly important signal” of Polish-U.S. strategic relations.

“The Polish-American alliance is strong, no matter who resides in the White House and who rules in Poland. It is strong because it is built on common values — freedom and democracy,” Duda added.