Poland’s leadership on NATO’s eastern flank is undisputed, even if its allies don’t agree on everything

Poland will always be the leader in defending the eastern borders of the EU and NATO, writes Czech columnist David Klimeš 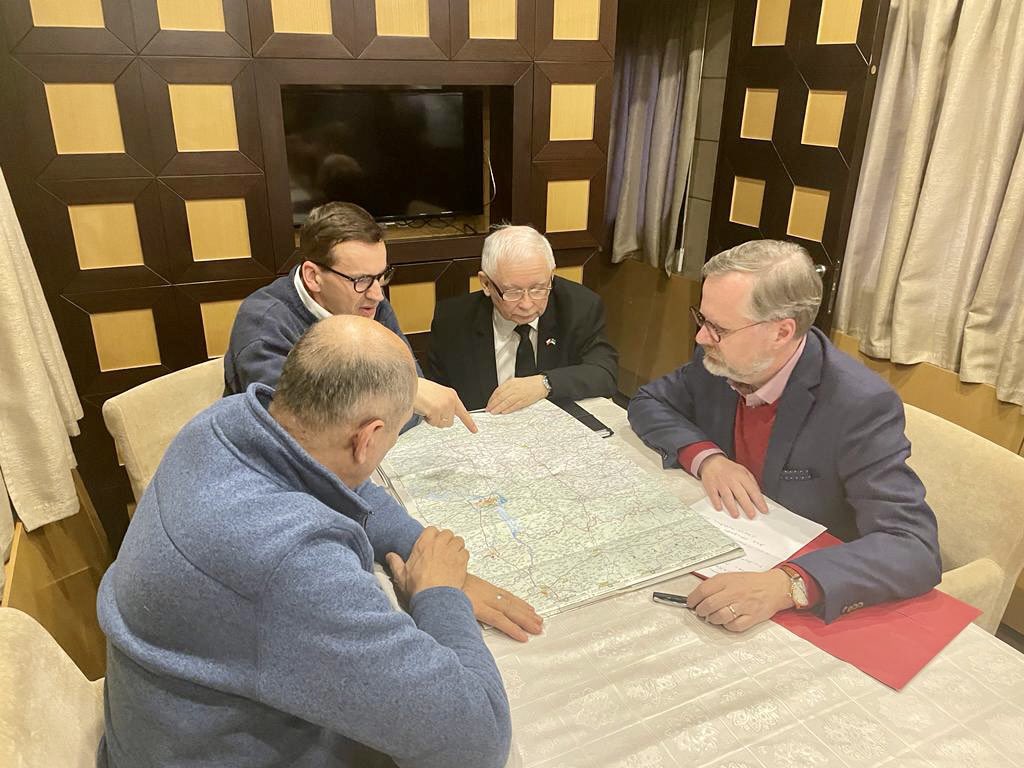 The visit of European prime ministers to Kyiv, organized by Poland, proves once more that close cooperation between leaders is needed on regional security, even if different views are held on other political issues.

It was a surprising, bold, and undoubtedly very risky journey. The prime ministers of Poland, the Czech Republic, and Slovenia were the first leaders of the EU states to go to Kyiv in person since the beginning of the Russian invasion of Ukraine.

There is no doubt about who the main initiator of the journey was. In addition to Polish Prime Minister Mateusz Morawiecki, the team also included Polish Deputy Prime Minister Jarosław Kaczyński, a politician regularly criticized for his anti-liberal tendencies in recent years.

For Czechia, this journey of prime ministers was not only a moment of pride and clear support for Ukraine but also a fairly good example of Central European relations. The Czechs certainly do not identify with the Polish “conservative revolution” and the two governments even strongly contest regional problems, such as mining in the Turów mine, but Poland is simply the undisputed leader in the security architecture of both the EU’s and NATO’s eastern flank.

Poland safeguards the eastern border of the EU and NATO

Moreover, this is not the first time Poland has shown its leadership on the West’s eastern flank. Together with Lithuania, it has been heavily involved in supporting Belarusian dissent following the brutal repression of the opposition by the Lukashenko regime in 2020. Now, it is even more vocal about the Ukraine invasion.

It is almost as if some have forgotten why the Visegrád Group was created. It was not to enable the Czechs to speak to the Poles about their value system or for the Poles to advise the Czechs on their family policy. The primary goal of the Visegrád Group in 1991 was security. The three states, Czechoslovakia, Poland, and Hungary, wanted the disintegration of the Warsaw Pact.

Vladimir Putin has reminded us that the security aspect is, and always will be, a primary reason for establishing the Visegrád Group. Perhaps Hungary, for its own reasons, does not wish to engage in this topic now, however, for Czechia, close security cooperation with Poland is essential, and it is encouraging that Prime Minister Petr Fiala is now proving that by standing side by side with Mateusz Morawiecki in Kyiv.

Reminiscent of the early 20th century

History never repeats itself, and certainly not the events of the frantic 20th century, but the Czech-Polish relations are reminiscent of the situation a hundred years ago. In Europe, defined by the Treaty of Versailles, Poland and Czechoslovakia were key building blocks of French eastern security policy. France had alliance agreements with both Central European countries, but these two did not enter a real alliance during the entire interwar period.

In the 21st century, of course, the situation is completely different. Poland and Czechia work closely together. They cooperate within the Visegrád Group and are strongly anchored within the European Union and NATO. But again, the most important thing is overshadowed because of the differences in values ​​between the states — we are primarily connected through security cooperation.

On this, Poland will always be the leader in defending the eastern borders of the EU and NATO, and if anyone had begun to doubt that, Putin has reminded us very powerfully.