Zelensky with Czech, Polish and Slovenian leaders in Kyiv: ‘With such friends, we truly will succeed and win’ 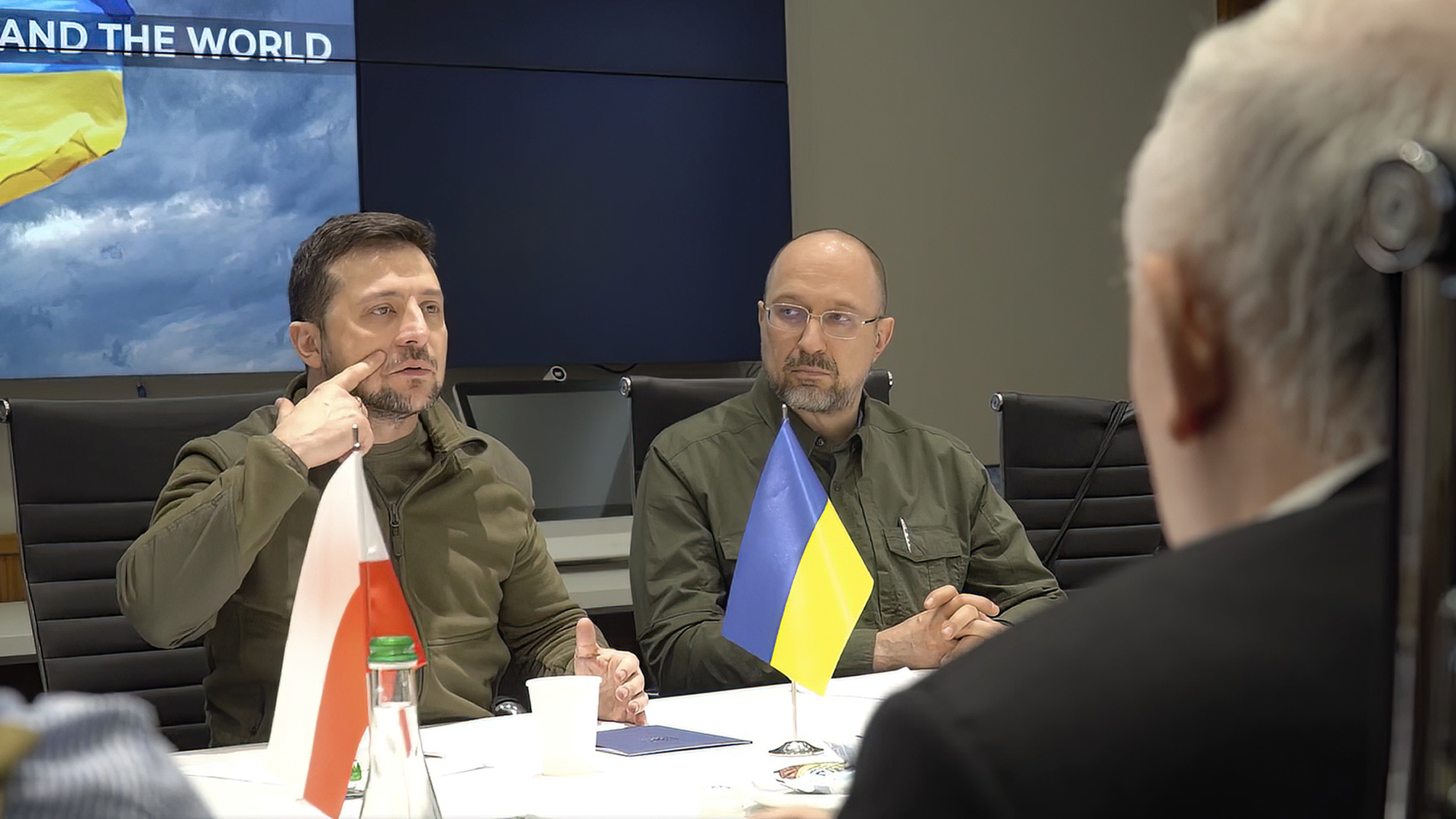 The visit of the leaders of Poland, Czechia and Slovenia to Kyiv in the midst of war has been heralded as a sign of courage and solidarity, and which has prompted Ukrainian President Volodymyr Zelensky to say that Ukraine can only win with such allies.

“I am convinced that with such friends, with such countries, neighbors and partners, we truly will succeed and win,” said Zelensky said after his meeting with Central European politicians in Kiev.

The Central European leaders traveled by train to the Ukrainian capital, which is currently being attacked by Russian forces.

After the talks in Kyiv, Zelensky thanked the leaders for their support, especially when many ambassadors had left Ukraine following the Russian invasion.

“These people, the leaders of their amazing, independent countries, are not afraid. They worry more for our fate and are here to support us, and this is a very strong, valorous and friendly step,” he declared.

The Ukrainian president stated that he absolutely trusted those countries and leaders.

“This is why we speak about security guarantees, about our future in the European Union, or we speak about sanction policy. We know that everything that we have discussed will reach its goal and will have a positive aim for our country, security and future,” he added.

Polish Prime Minister Mateusz Morawiecki emphasized his country’s unwavering support for Ukraine. “We will never abandon you. We will not because we know that you are fighting not only for your own homes, your own homeland, freedom and security — you are also fighting for ours. We are here today to admire your fight against such a brutal aggressor. This invasion must end,” he declared.

He stressed that Ukrainian children, mothers and wives who had fled the country were safe, and those who were being killed by Putin would never be forgotten.

Morawiecki emphasized that the European Union had to give Ukraine the status of a candidate state as soon as possible.

He also announced that Ukraine had to receive defensive weaponry and pledged that the leaders would try to organize it from every corner of the world.

Jarosław Kaczyński meanwhile expressed his respect for Zelensky, as well as for Ukrainian Prime Minister Denys Shmyhal and the entire Ukrainian nation. He emphasized that in addition to the aid mentioned by Zelensky, another rule which was commonly accepted by the West had to be changed.

“I believe that a NATO peace mission is necessary, or perhaps even of some broader international agreement. But this mission must also be able to defend itself and operate in Ukrainian territory,” he said.

“You are not alone. Our countries stand with you. Europe stands with you,” he declared.