“The personal presence of our true and strong friends in Kiev is a very important thing,” Ukrainian President Volodymyr Zelensky declared 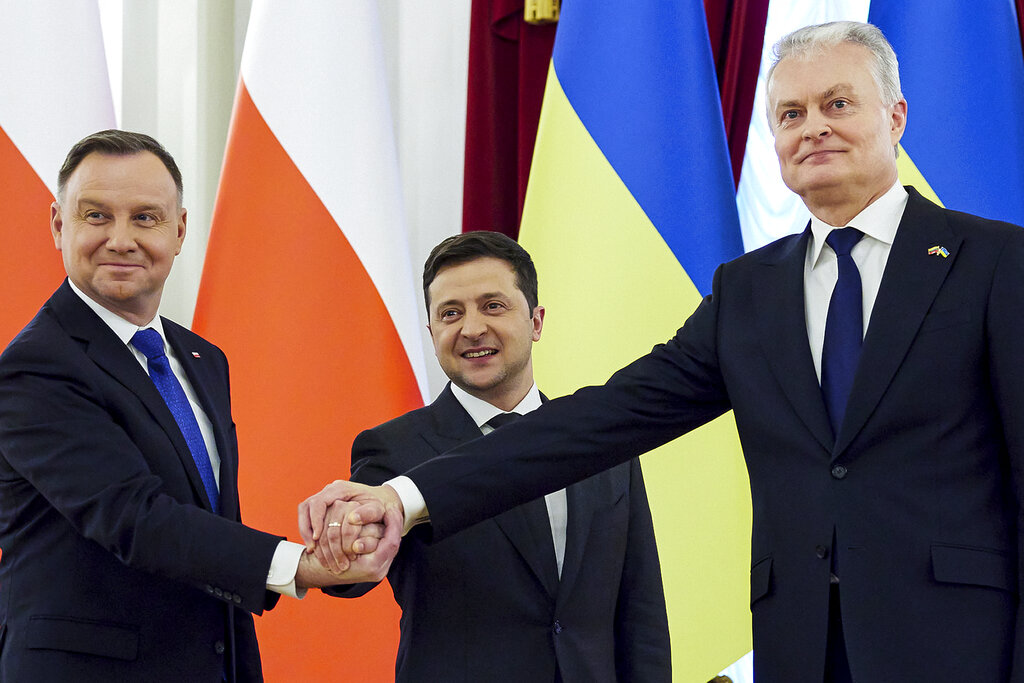 Ukrainian President Volodymyr Zelensky showed his appreciation for the support offered to his country by Poland and Lithuania in the face of Russian aggression following a meeting between the countries’ presidents in Kiev on Wednesday.

Zelensky declared Poland’s Andrzej Duda and Lithuania’s Gitanas Nauseda great friends of Ukraine, and emphasized the importance of their presence in the Ukrainian capital during such a precarious and difficult time.

Zelensky highlighted that both Polish and Lithuanian diplomats have remained in Ukraine, which was an important signal of support for Ukrainian society, and stated his appreciation for the swift response by Warsaw towards Russia’s recognition of the self-proclaimed independence of the Donetsk and Luhansk People’s Republics and the subsequent deployment of Russia troops to the areas.

“The response of the international community to Russia’s crime should be immediate, decisive and harsh,” he declared.

The president of Ukraine also stressed that pressure through sanctions from the United States, Europe and Canada should be intensified, and called for the Nord Stream 2 gas pipeline project to be halted entirely, as it had been used as a weapon not just against Ukraine, but against all of Europe.

Polish President Andrzej Duda assured that the three leaders were in constant contact and were consulting each other prior to the most important meetings and talks with the world’s leaders.

“I will be clear — Luhansk and Donetsk are and will forever be a part of Ukraine. Lithuania will not acknowledge any attempts to violate Ukraine’s territorial integrity, just as we will not recognize the illegal annexation of Crimea,” he stated.