According to experts, the weakening of the Polish currency can benefit exports but currently also boosts inflation

On Wednesday, the U.S. dollar (USD) and Swiss Franc (CHF) hit an all-time high against the Polish zloty (PLN) in what has been a hard week for the Polish currency.

The U.S. dollar was worth 5.06 złoty, breaking the barrier of 5 zloty for the first time in history just a day before. The Swiss franc also cost over 5 złoty. Among the most important currencies, only the euro (EUR) did not cross this barrier, but the złoty is also losing value here — on Friday morning, the euro cost 4.85 złoty.

The weakening of the złoty in recent days is mainly due to increased risk aversion on global markets, with the U.S. dollar and the Swiss franc considered to be so-called safe havens.

“Anxiety related to escalation in the Ukraine war increased after the Nord Stream pipelines’ destruction. These events increase especially the risk of investing in European assets,” explained Jakub Borowski, the main economist a Credit Agricole Bank Poland. “Outflow of capital from Europe causes the EUR to weaken against the USD, which traditionally causes zloty depreciation against the euro,” he added.

The depreciation of the złoty does not have just a negative impact on Poland’s economy. The president of the National Bank of Poland, Adam Glapinski, often points out that fluctuations in the złoty exchange rate act as a buffer that weakens external shocks on the country’s economy. He stated that fluctuations in the global markets change the złoty exchange rate but not the unemployment rate, for instance. The weakening of the złoty increases the competitiveness of Polish exports, which mitigates the effects of the global drop in demand.

However, economists agree that in today’s environment, all positives effects of the weakening of the złoty are overshadowed by the negative. “PLN is losing value against the USD significantly more than against the EUR, which has economic consequences. It means that support for exports, which undoubtedly does exist, is slim,” explained Piotr Kalisz, the main economist of Citi Handlowy Bank. “Simultaneously, the dollar exchange rate changes can have a considerable effect on the costs of resource import, as most of the payments are made in dollars. That means, that current weakening could increase inflation. This effect should become visible in the next three to six months,” he added.

“Usually, a weakening of the currency by 10 percent increases inflation by around 1 percentage point, but due to the current level of inflation, it could have a higher, 1.5 percentage point, impact,” added Kalisz. Meanwhile, in just three days, the złoty lost 2 percent of its value against the dollar.

“In my opinion, a currency’s exchange rate is one of the most important factors boosting inflation today,” said Piotr Soroczyński, the main economist at the Polish Chamber of Commerce. According to him, existing research that indicates an exchange rate’s change has a marginal impact on inflation is out of date.

Piotr Bujak, the main economist at PKO Bank, admitted that the weakening of złoty against major currencies makes fighting inflation more difficult. The exception, according to him, is the rise in the Swiss franc exchange rate. This increases the cost of servicing foreign-currency home loans, so it means an effective tightening of domestic monetary conditions and promotes a reduction in demand, he says. 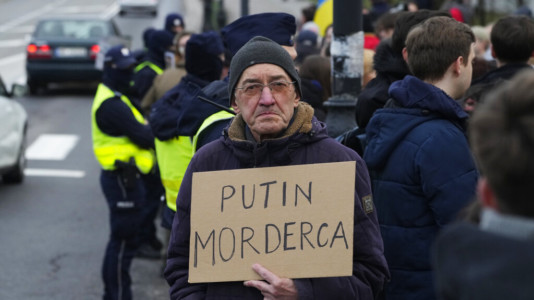