Tusk’s goal is to paralyze the Polish state

Since the Civic Platform is not strong enough to take power away from Law and Justice, it will try to paralyze the state instead, warns Polish writer and columnist Rafał Ziemkiewicz 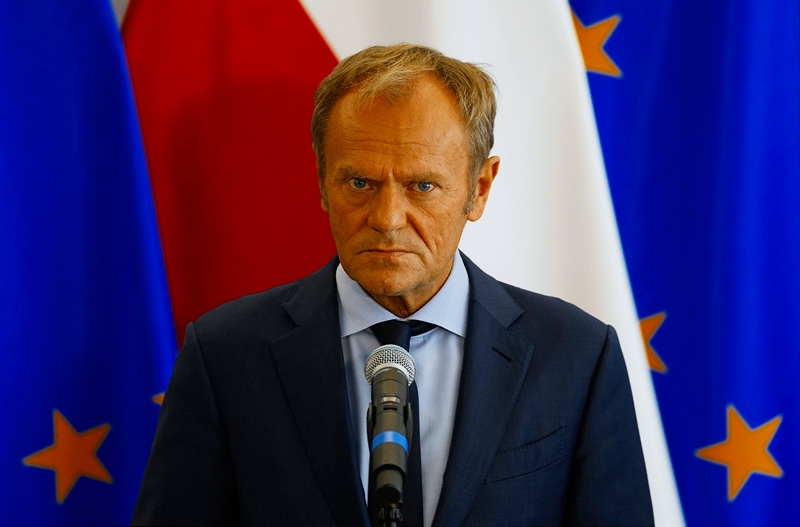 Rafał Ziemkiewicz spoke in Republika TV about the latest developments in Polish politics concerning the shift in the Civic Platform’s (PO) strategy due to Donald Tusk’s return as the party’s leader.

Ziemkiewicz believes that Tusk’s recent speech in Gdańsk showed his party’s plans for the near future: since PO is too weak to defeat PiS, it will try to destabilize the Polish states by any means necessary.

“That was a pathetic speech which recycled everything that other PO leaders have been saying for years. I have no idea why they are convinced that, when Donald Tusk repeats the same things that haven’t worked for the last six years, it will suddenly be successful,” he said.

This is in Tusk’s reach: to lead to a civil war. Not to win that war, but for it to last indefinitely and to paralyze the state.

“They (PO) do not care about taking over power. They know that it is currently impossible to strip PiS of power: not with their strength, not with their people, not with their slogans, and not with the trashiness of their media. Their goal is to paralyze the state and the government – to achieve a situation in which there is no power,” Ziemkiewicz warned.

The publicist reiterated that if the Polish state is paralyzed, then one of Poland’s stronger neighbors can take over power.

“This is in Tusk’s reach: to lead to a civil war. Not to win that war, but for it to last indefinitely and to paralyze the state,” he said.

Ziemkiewicz stressed that such a situation would be worse for Poland than even the 18th century partitions.