A joint U.S.-Polish statement was released following the Strategic Dialogue meeting in Washington 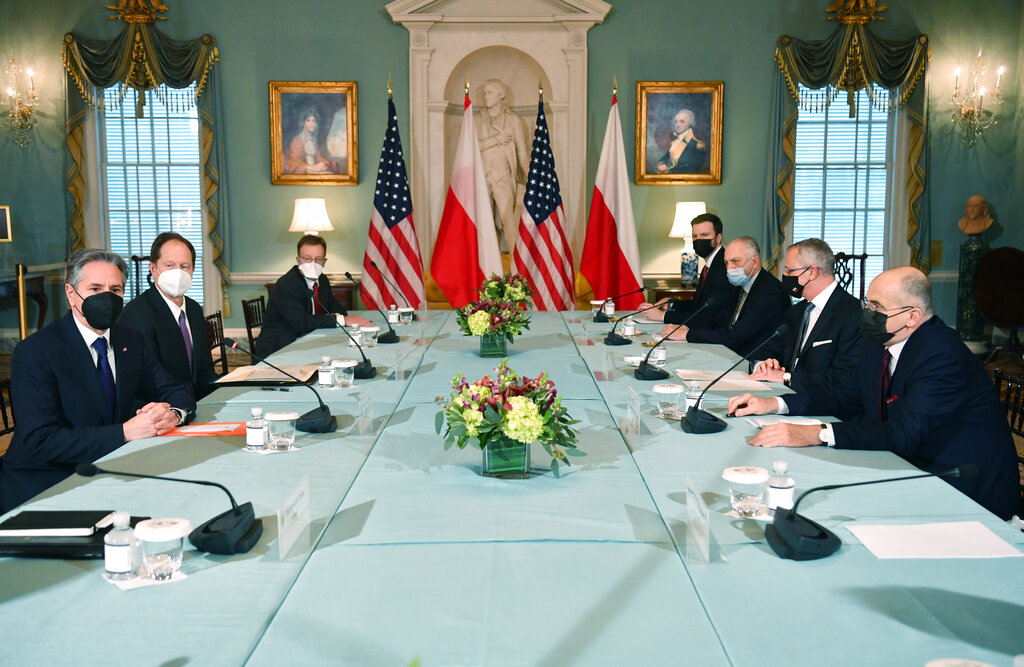 Poland and the United States have expressed commitment to Ukrainian sovereignty and vowed to work together to de-escalate tensions with Russia, a statement published by the U.S. Department of State has revealed.

The statement follows a U.S.-Poland Strategic Dialogue meeting between Poland’s Minister of Foreign Affairs Zbigniew Rau and U.S. Secretary of State Antony Blinken on Friday, during which they discussed transatlantic security and the strengthening of NATO’s eastern flank, and reiterated their “firm dedication to the sovereignty and territorial integrity of Ukraine.”

“U.S.-Polish cooperation addresses our shared goals of ensuring security and supporting the democratic aspirations of the Belarusian people as well as the objective of European and Euro-Atlantic integration of Ukraine,” the statement added.

It was emphasized that both countries share “not only common values, but also an awareness of shared responsibilities for humanity’s future.”

The working groups of the Strategic Dialogue reportedly discussed “bilateral cooperation on regional and collective security; political military issues; energy security, including climate change and nuclear energy cooperation; economic prosperity; cooperation in the framework of Three Seas Initiative and strengthening democratic values and institutions through the OSCE in Europe and Eurasia and in our own countries.”

The Polish and American representatives also discussed the matter of Poland’s chairmanship in the OSCE in context of achieving diplomatic solutions for regional conflicts.

Several other ministries and departments also participated in the meetings, with representatives of the Polish Ministry of Defense, Ministry of Development and Technology, Ministry of Climate and Environment and the Ministry of the Interior also in attendance.

The next Strategic Dialogue meeting between the two nations is scheduled to take place in Warsaw in early 2023.