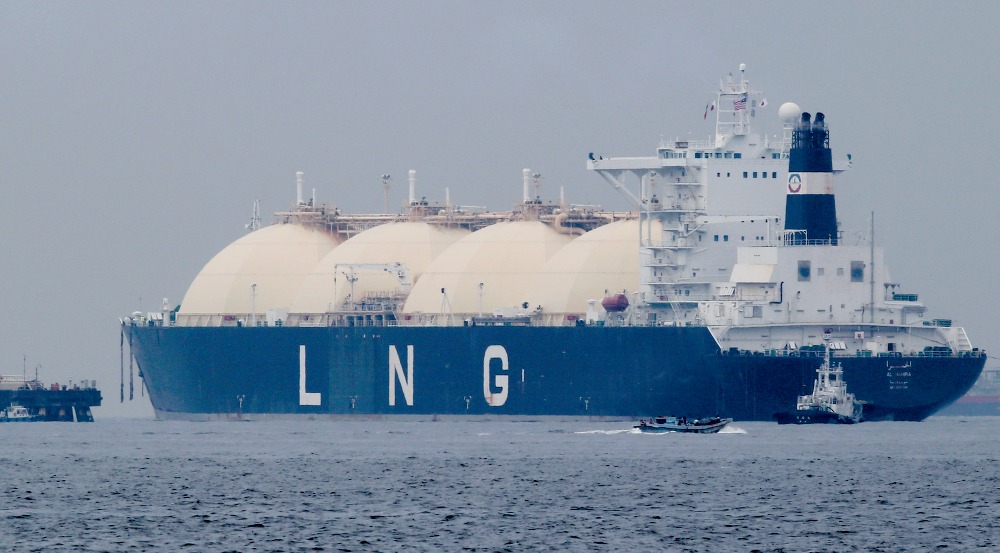 Gas supplies from the United States to the European Union this January are five times higher than the volume Russian majority state-owned company, Gazprom, is supplying to its key customers, marking the first time in history such a situation has occurred on the European market.

The import of liquified natural gas (LNG) to the EU is breaking records and is compensating for the rapid decrease of Gazprom gas supply which began in the fall of last year and continued through winter.

In the first days of January, Western European countries purchased 250 million cubic meters of gas per day, according to Bloomberg.

The majority of this gas came from the United States, from where close to 30 gas tankers traversed the Atlantic to Europe in mid-December last year. They delivered the most gas to Europe since December 2019 and saved the EU from an energy crisis forced upon it by the actions of the Russian company.

According to Slovakian operator Eustream, the average daily volume of gas transfer from Russia between Jan. 1 and 9 had dropped to 54 million cubic meters — half the amount for the same period in 2021. The Yamal pipeline, on the other hand, has not been transferring any gas through Poland at all since the end of December.

Despite assurances, Gazprom has not restocked supply in its own European warehouses based in Germany and Austria, in which there was less gas at the start of 2022 than at the end of heating seasons in the last three out of five years. It must be noted, that these years had very warm winters.

As such, the influx of LNG has cooled down the European gas market in which gas prices surged above $2000 per 1000 cubic meters in December. Within the last three weeks, deadline contracts for gas with delivery have cheapened by 56 percent at the London ICE stock exchange. On Tuesday, they stabilized at $904 before dropping by 3 percent within a day.

The increasing amount of American gas on the EU market is knocking down not only the prices of gas but also electricity. In Germany, energy for the upcoming month has become 5 percent cheaper — down to €218 per megawatt hour. In France, the cost decreased by 10 percent down to €287.

An analyst from StormGeo-Nena in Oslo, Bengt Longwa, explained that the price of gas directly influences the price of electrical energy, and that was currently the most important index.

As a reminder, in August 2021 Gazprom completely ceased gas sales on the free market a few days after the court in Dusseldorf refused to exclude Nord Stream 2 from EU gas regulations, placing the fate of the €10 billion pipeline in the balance.

“In such a situation Gazprom’s strategy seemed commercially justified, yet in the long-term it may transform into a political risk,” experts from the Skołkowo Energy Center warned at the time.

The production of LNG throughout the world has been constantly growing and by 2025 it will reach 449 million tons, leading to a gas surplus on the market of up to 34 million tons.

Similarly, by 2025 Gazprom’s long-term contracts for billions of cubic meters of gas with European and Turkish consumers will expire.

“Their renegotiation will depend not only on the basic market indexes but also on the European energy security situation,” Skołkowo warns.

According to Polish government declarations, the contract for gas transfer to Poland, hitherto a key recipient of Russian gas in the region, will not be extended after its expiration at the end of 2022. Russian gas will be replaced by Norwegian gas through the Baltic Pipe.