VIDEO: Ukrainian woman tries to rob bank in Poland, ends up beaten by 90-year-old Polish woman armed with a cane

When no one else would make a move, this 90-year-old Polish woman stepped up and saved the day 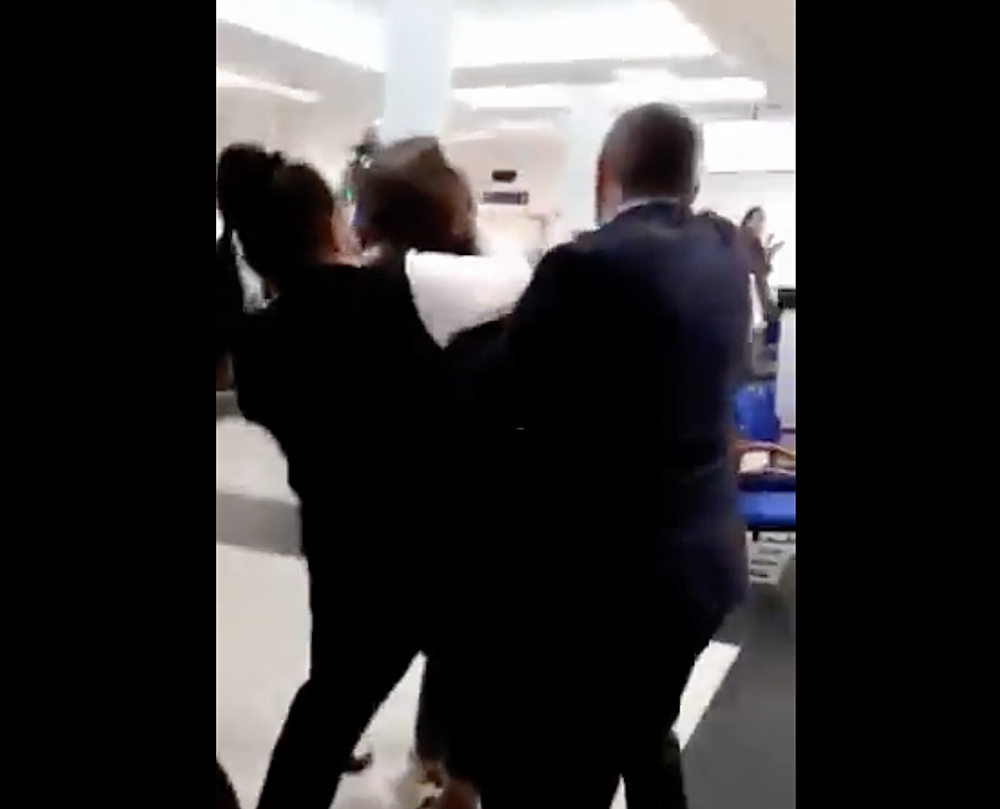 A 25-year-old Ukrainian woman reportedly attempted to rob a Polish bank, but her plan did not account for an 90-year-old Polish woman with a cane.

The young Ukrainian woman walked into the PKO Bank Polski in Przemyśl, southeastern Poland, on Tuesday afternoon, put a knife to one of the workers’ throats, and demanded money. She threatened to kill the employee while the worker packed money into a bag.

During the robbery, a 90-year-old woman suddenly approached, appearing to be unafraid of the young woman armed with a knife, and began striking the surprised robber with her orthopedic cane, which allowed bank workers to overpower the intruder.

The incident was captured on video and spread on social media.

According to police, the 25-year-old woman has a dual citizenship, Ukrainian and Russian, and previously lived in Moscow. She also has a Polish identification number, PESEL. She had medication on her that indicated she was undergoing psychiatric treatment.

The next day, the suspect was transported to the Regional Prosecutor’s Office in Przemyśl, where she was charged with robbery using a dangerous object. According to the prosecutor, she confessed to committing the crime and explained that “she had no money or place to live and needed money to travel to Warsaw.”

The woman may face a penalty of at least three years in prison. Under the court ruling, she will be detained for two months at the prosecutor’s request.