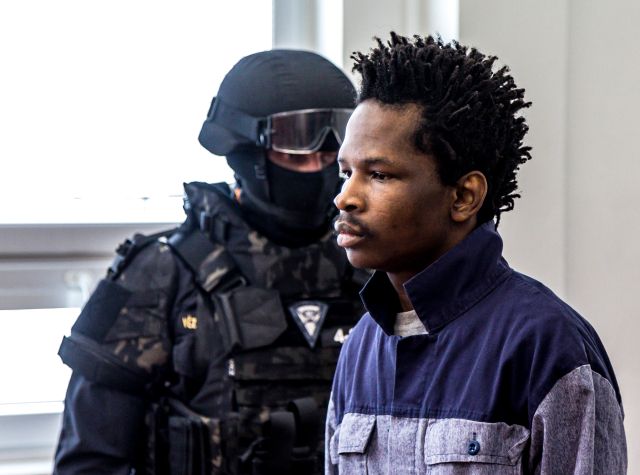 A Czech court Ústí nad Labem sent an African man to prison for raping a minor girl in the Litoměřice region for four years after expanding his original two-year sentence, with the court upholding the public prosecutor’s appeal.

The court also decided that institutional treatment was necessary. The judgment is now final, only an appeal can be lodged against it.

“It is indisputable that the act in question was committed as described and proven,” said Judge Roman Dobeš. The man was convicted of rape and theft. According to the court, the perpetrator is criminally liable, even if he committed the act in a state of reduced sanity.

Defense lawyer Vlastimil Beránek stated after the verdict that he would consult with his client on the appeal. Prosecutor Andrea Janáková declined to comment on the decision.

Regional court spokesman Jiří Barč told reporters that the prison facility would decide when Abdallah Ibrahim Diallo would receive institutional treatment. It is not yet clear whether the man will first serve his sentence or start treatment.

The man could have been sentenced to imprisonment from two to 10 years. According to the Court of Appeal, the two-year sentence seemed disproportionately lenient given that the act was committed by a man against a girl who was not 16 yet and had no previous sexual experience.

The hearing took place on Monday under strict security measures. Members and supporters of the radical Workers’ Party of Social Justice came to see the trial in the morning. They left the courthouse during the day.

The foreigner spoke in court but his comments were indecipherable as he communicated in French and talked at length about the books he had received in prison. He also began talking about his previous indictment and a verdict of the Litoměřice court. After the verdict was handed down, his statement was again incomprehensible and the chairman of the senate had him removed from the court.

Nowhere to deport him

According to the judge, deportation was also an option “however, this is not possible because the nationality of the defendant has not yet been determined.”

The convict unsuccessfully applied for asylum in Germany where he was convicted three times and denied asylum in 2017.

On June 18, on the road near the village of Lukavec, he grabbed a minor by the shoulder from behind, threw her into the grass, and began kissing her. Although she defended herself, he performed unprotected intercourse on her and stole her cell phone as she left. The girl was 15 years old at the time of the crime.

Abdallah Ibrahim Diallo said in court that he did not remember the act.