Asking for people to be peaceful is white supremacy, BLM protester shouts during a protest in Portland

The protesters clashed with a Biden supporter 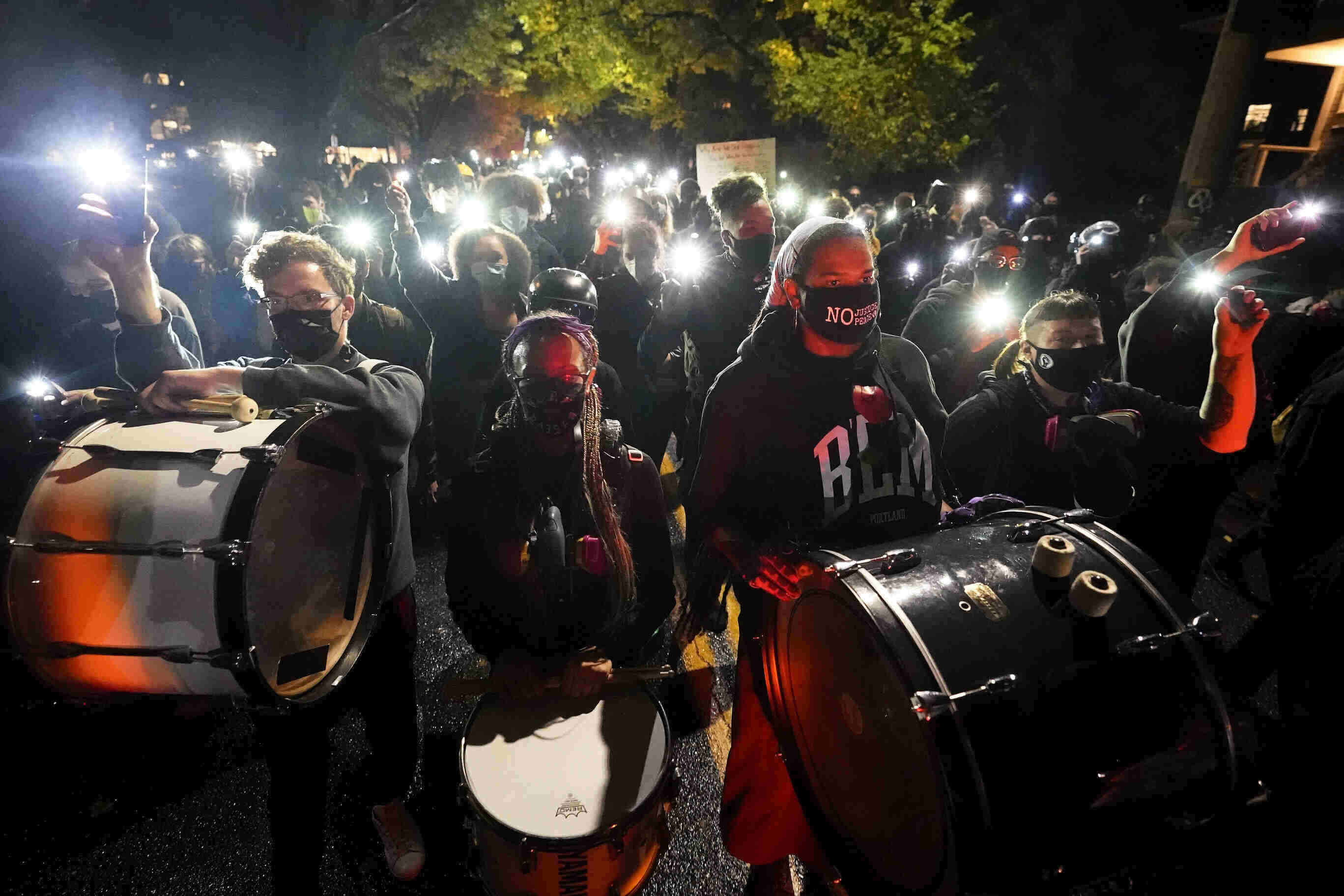 A group of protesters marched on Portland’s streets on election night, reportedly shining lights into people’s apartments and asking them to come out into the streets. One of the BLM supporters even shouted at a White resident that asking for people to be peaceful is white supremacy.

As the KATU news portal reported, the rally was hosted by the All Power To The People group. Later that evening, the Portland Police issued a warning, noting that some individuals marching in the streets openly carried firearms.

A video post on BitChute shows the crowd of BLM protesters occupying the residential area. The owner of the house, who is also a Biden supporter, called on the protesters invading his lawn to not destroy anything and to be peaceful.

However, protesters rebuffed his peaceful warning, saying that no one cares about his opinion.

“Who do you think you are telling Black people how to protest,” one of them shouted, adding slurs about his age and White ethnicity.

“You ask for a peaceful protest. It´s White supremacy. Asking for people to be peaceful is white supremacy,” the BLM supporter claimed.

Another incident captured in the video shows a young man cornered by the protesters. Although the man said that he is on the protesters´ side and tried to calm them down, the BLM supporters started shouting at him.

Title image: People use the lights on their phones as they march on election night, Tuesday, Nov. 3, 2020, in Portland, Ore. (AP Photo/Marcio Jose Sanchez)