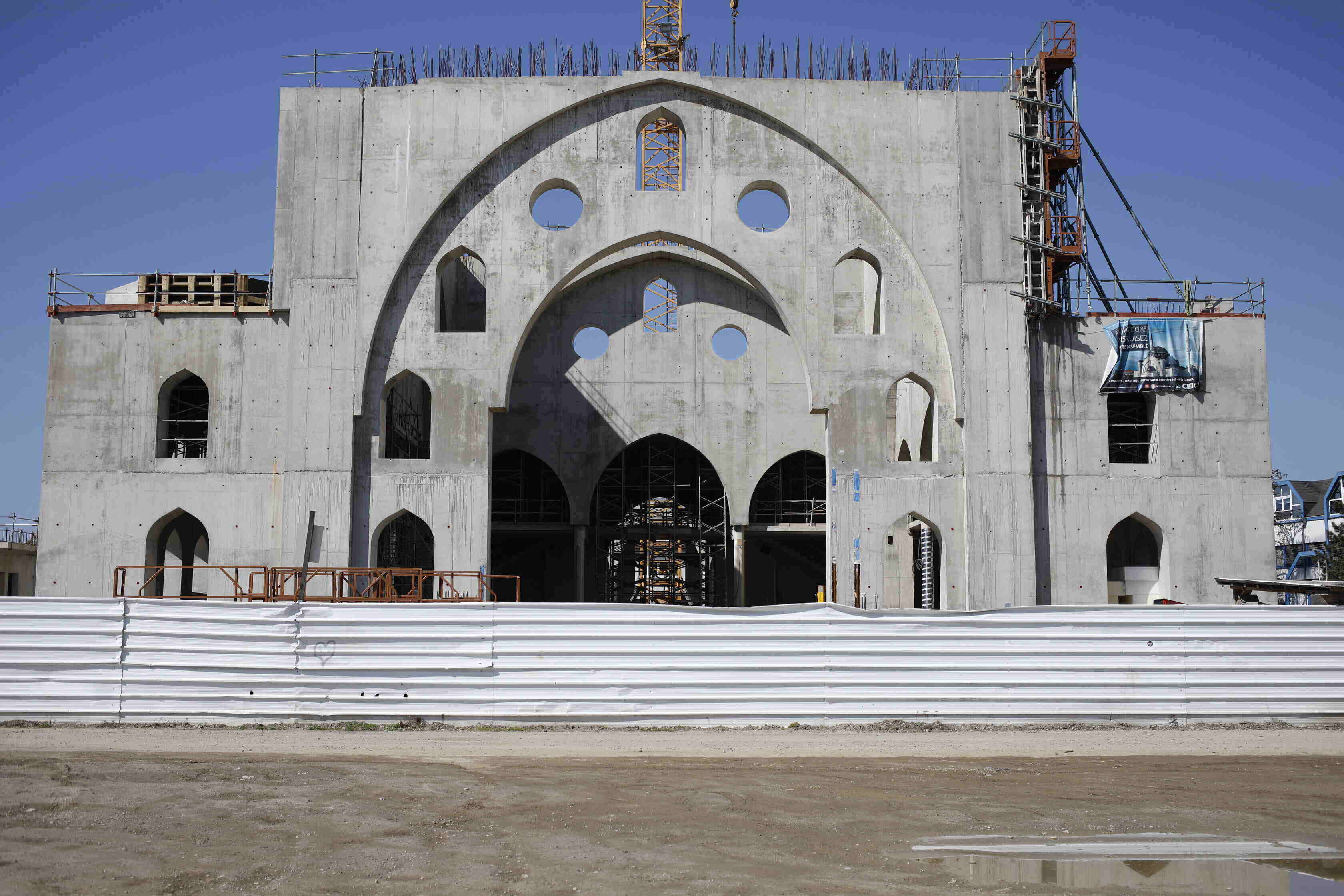 The construction of a new mosque in the French city of Strasbourg is causing considerable controversy on the French political scene. While Muslim faithful with have difficulties getting into the crowded existing prayer houses are looking forward to the new mosque, lawmakers fear the threat of foreign influence.

The new mosque will accommodate 2,500 Muslim believers. The annex will house a school, a restaurant, a library, and 14 shops. Furthermore, there will be two 36-meters-high minarets, a cultural hall, and a tearoom. The new Eyüpa Sultan Mosque will become one of the largest in Europe.

The construction was initiated by the Islamic confederation Milli Görüs, consisting mainly of Turkish immigrants in Europe. The movement said the Ottoman-style building would be “symbolically comparable to Notre-Dame Cathedral in Paris”.

However, the French government has said in recent weeks that it symbolizes something much less flattering, namely “foreign interference” against government efforts to build “apolitical French Islam” or suppress Islamic separation.

As France continues to recover from a series of terrorist attacks, including last week’s stabbing of a policewoman in Nantes, addressing Islamism has become a hot topic ahead of the forthcoming regional and presidential elections.

Next year, President Emmanuel Macron will face, among other things, Marine Le Pen, who promises to curb immigration and protect secularism.

“The one who finds a good enemy and makes a lot of noise wins the election. We are used to being used for these purposes,” commented Eliup Sahin, Milli Görüs’ regional head, for The Telegraph.

The dispute started in March after Strasbourg City Hall approved Sahin’s request for a subsidy of €2.5 million out of a total budget of €32 million. Although the rest of France bans public funding for new church buildings, the rule does not apply in the former German Alsace-Moselle.

Even though the mayor said she only supported a project approved by her predecessors in 2013, Interior Minister Gerald Darmanin accused her of funding a movement that supports political Islam and has ties to Turkey.

However, Sahin claims that Milli Görüs refused to sign the document because no one has reportedly consulted the charter with them.

“They treat us like robbers who must promise to abide by the law now. We have always followed the law, and our main enemies are Islamic extremists,” Sahin said.

Darmanin ordered a legal challenge to the planned subsidy.

“Let’s hope it opens everyone’s eyes, and the anti-separatism law is passed,” the minister said.

The legislation, which strengthens oversight of home education, mosques, and sports organizations and is intended to shed more light on the funding of religious communities, was approved by the National Assembly in February. The Senate then returned a revised document to the deputies in April for a final vote.

Turkish President Recep Tayyip Erdoğan called the law “a guillotine of French democracy that is contrary to human rights, freedom of religion and European values” and called for its withdrawal. In response, Macron accused him of interfering in France’s internal affairs.

“If we had the money, why would construction stop for a year and a half? We didn’t get anything from Turkey,” Sahin says, deciding to withdraw the application for a subsidy because of the outrage.

“We’ll try again later,” he said, adding that he expected the mosque to be completed between 2024 and 2025.

According to Samim Akgonul, head of the Department of Turkish Studies at the University of Strasbourg, the truth lies somewhere in the middle.

“There is no doubt that the Milli Görüs movement is politicized, which explains its refusal to sign Macron’s Charter of Principles as it contains a clause pledging not to support political Islam,” he said.

“On the other hand, the movement is increasingly autonomous and is no longer so close to Erdoğan because it supported the Turkish opposition in the last election, which explains why the inflow of money may have dried up,” Akgonula added.

He points out, however, that if France refuses to participate in the funding, the movement might be pushed to obtain its finances from Turkey.