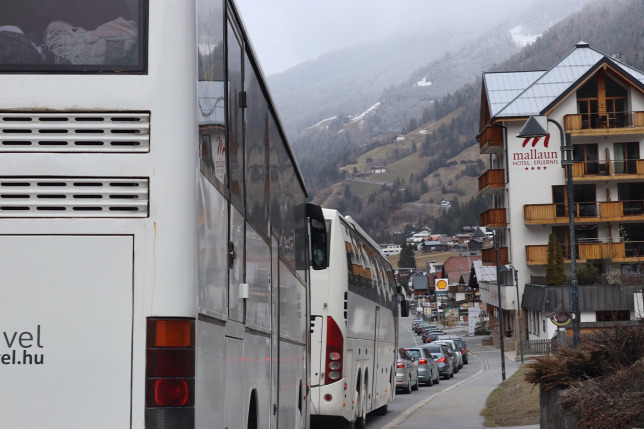 Over 500 Hungarians previously trapped in a quarantined region of Austria’s Tirol province have been allowed to return home due to diplomatic intervention, Hungarian Minister of Foreign Affairs and Trade Péter Szijjártó announced on his Facebook page during the night of March 31.

A convoy of four buses and 150 cars with a total 502 Hungarians on board was allowed to leave the region, which was first quarantined on March 13 for two weeks. The quarantine was then extended until April 11.

Most of the Hungarians in the quarantined region were working in Austria.

Austria allowed the departure of asymptomatic foreign citizens under strict conditions in closed and monitored convoys.

“Hungary has of course accepted to meet these conditions, including a guarantee that we will allow their return home and will ensure their transport back home,” Szijjártó said, adding that while all of them will have to spend the next two weeks in mandatory home isolation, “the main thing is that they are now home”.

According to the latest official count, Hungary had 525 confirmed coronavirus cases, with 20 deaths so far and 40 people cured.

For the first time, Hungary has also released a map of the regional distribution of coronavirus cases, showing that almost two thirds were clustered in and around the capital, Budapest and Pest county.