The man ignored the calls to put on a face mask 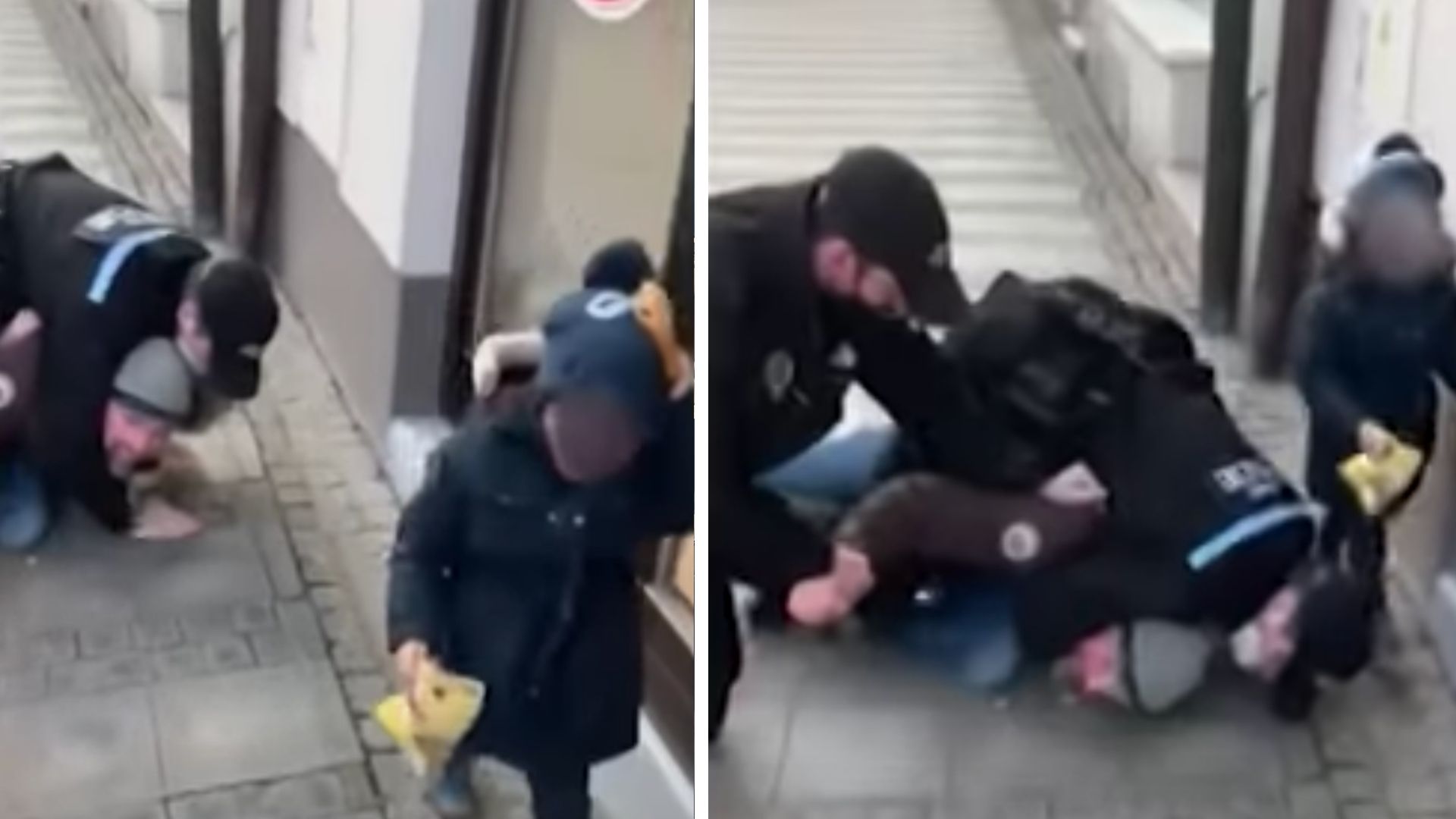 A shocking video shot in Czechia shows municipal police officers wrestling a man without a face mask to the ground and pinning him with their knees while the man’s crying 3-year-old son watches on.

The man in the video does not appear to be aggressive, nor does he try to defend himself, but officers appears to struggle to gain control of his hands. The police officers from the Czech town of Uherský Hradiště were suspended from duty until the case was resolved, according to Novinky.cz.

Currently, face masks are mandatory in urban areas. In the footage, the man asks the officers to let him go. In the video, when the little boy tries to protect his father, one of the officers pushes him away.

The child, meanwhile, runs to a woman standing nearby witnessing the incident. The video has stirred a wave of backlash on social media

A representative of the Uherské Hradiště townhall said that the town officials were trying to find out what happened and what preceded the intervention, which many people on social media called unjust.

Meanwhile, the town explained in the statement that despite the action of the police, the man did not put on a face mask, refused to prove his identity, and wanted to leave the scene. The officers wanted to take the man to the municipal police station to obtain his identity. However, only the Police of the Czech Republic are permitted to do that. The man, however, was brought to the station but then released shortly afterward.

“Due to the use of coercive means during the intervention (with the intention to summon the man to get his identity), and also because the presence of a small child accompanying the man, the mayor ordered a thorough investigation of the whole incident with emphasis on the adequacy of the use of coercive means,” said Jan Pášma, a spokesman for the town hall, in a press release.

“I find the event very unfortunate, mainly because of the presence of a small child. If the intervention itself proves to be undue, consequences will be drawn. At the moment, both police officers are suspended until the case is resolved,” said the mayor of Uherské Hradiště, Stanislav Bláha.

“He wasn’t aggressive, he just didn’t want to wear a face mask,” wrote the wife of the detained man on social media.

“And if someone wants to ask where the mother of the child was, she worked at the COVID-19 hospital department and took care of patients on artificial ventilation. My husband was taken to the station and left my son without a father on the street,” she added.

A saleswoman from the adjacent store looked after the child until another police patrol arrived in a few minutes.