Football fields have been pushed aside under the new concept 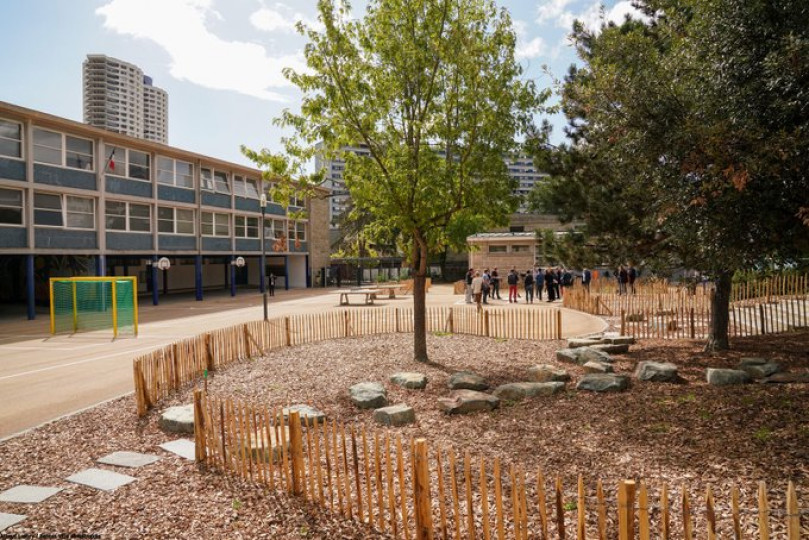 Teachers and students returning to several schools in the western French city of Rennes, after a long coronavirus break and summer holiday, were surprised by the reconstruction of their school playgrounds into “non-gender” and even ecological spaces. The town hall of the Brittany metropolis, which has been dominated by the radical left since this year’s elections, did not waste any time and has begun to carry out its election program quickly.

The city’s actions have already been featured in national media several times. Only a few weeks ago, the city refused to host the start of Tour de France in 2021, which is otherwise a very prestigious matter. Although, allegedly, the reason was mainly financial, according to Rennes Mayor Nathalie Appéré, the race is also supporting “catastrophic waste management,” and the Tour de France creates a “sexist image of women.”

In this context, some media have pointed out that the city is not opposed to different forms of cycling. On September 13, Rennes will host a ride for naked cyclists, and the organizers are encouraging the general public to participate with the slogan: “Come as naked as you dare.”

Now, the city has attracted attention again by turning regular school playgrounds into non-gender ones.

Playgrounds in school courtyards have been a long-standing pre-war tradition in France, as they allow pupils to relax and play sports, primarily football or, more recently, basketball or floorball.

Boys were thus surprised to find their football field pushed to the side, and the dominant part of the courtyard transformed into a space for unspecified children’s games. According to the town hall, the reconstruction of playgrounds should be a way of combating “gender stereotypes.”

“The courtyard should no longer be viewed as a space where boys let off steam and girls sit talking on a bench,” Armelle Billard, a member of the Rennes Equality Council, said for the 20 Minutes online daily.

“On the contrary, it must be a meeting place where they (different genders) learn to coexist,” she believes.

According to the town hall, the area has been redesigned to ensure that the playground is equally shared by boys and girls, but also to better adapt the courtyard to help the environment. The whole space was thus reduced in an effort to fight climate change, with part of the area being grassed over and equipped with benches.

So far, these new “genderless islands” have been created in Rennes at two primary schools and at three secondary schools in the department of Ille-et-Vilaine, for which Rennes is the administrative center. Eventually, all primary and secondary schools in Rennes will adopt this new playground concept, which “contributes to strengthening gender equality,” Billard said.

Title image: One of the non-gender playgrounds in Rennes (metropolerennes/Twitter)