Vaccine shipments must be population-proportionate 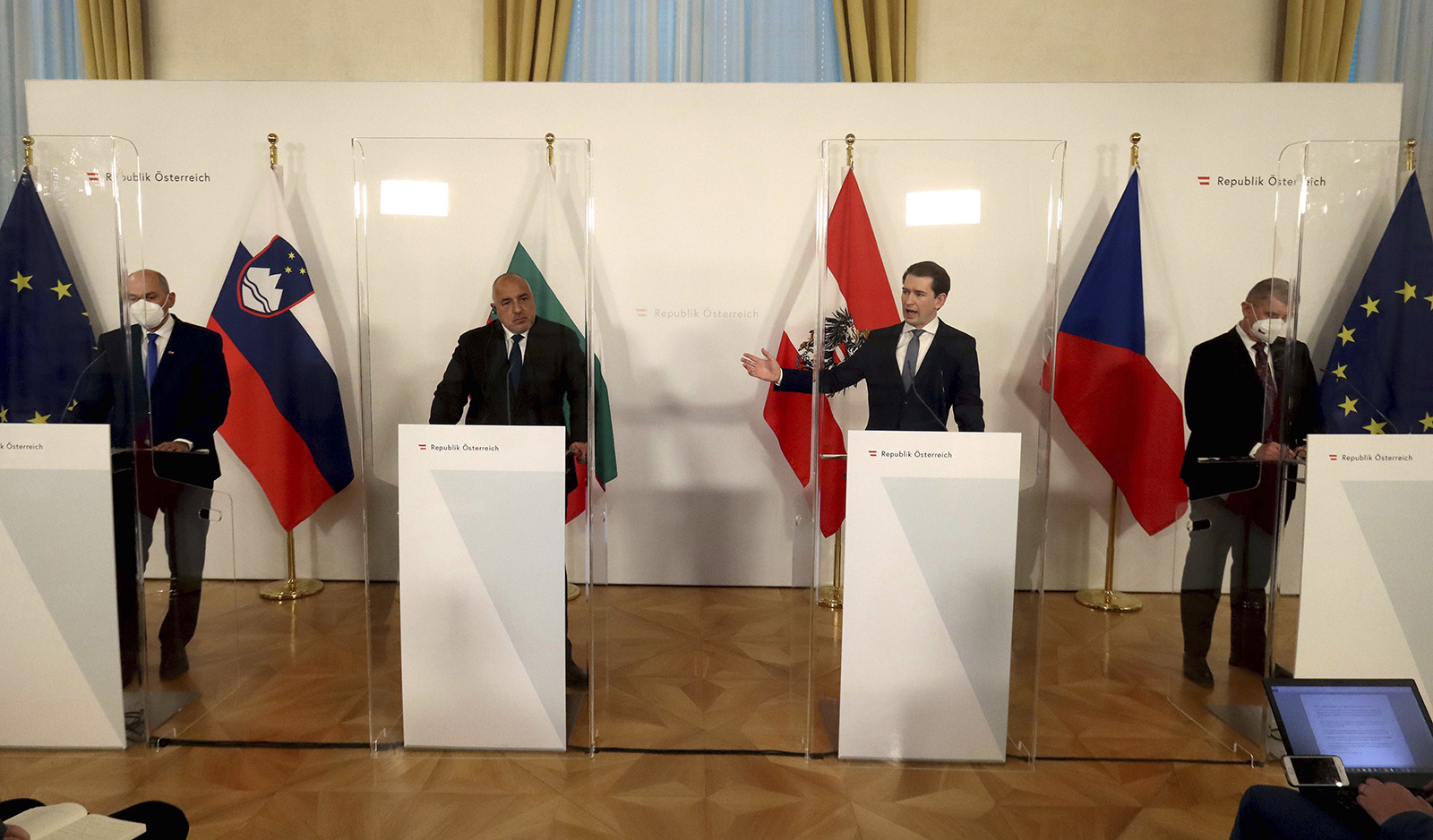 The current practice of unequal access to coronavirus vaccines by European Union member states needs to be corrected, Austrian Chancellor Sebastian Kurz said at a joint press conference with the Czech, Slovenian and Bulgarian prime ministers in Vienna on Tuesday.

The prime ministers — Czechia’s Andrej Babiš, Slovenia’s Janez Janša and Bulgaria’s Boyko Borissov — all agreed with the Austrian chancellor’s statement.  They said the European Union must return to the previous agreement of the heads of government of the EU member states, which entailed the distribution of vaccines proportional to the size of each country’s population.

Kurz emphasized that the aim of their joint stance was not to find scapegoats but to enforce the often-voiced principle of European solidarity and to find a common European solution to the problem.

He added that the president of the European Council, Charles Michel, and Commission President Ursula von der Leyen had given their support to the initiative of the four heads of government and that a possible solution would be discussed by video conference later this week.

“Pharmaceutical manufacturers are not only failing to meet the promised deadlines and quantities, but also the principle of proportional distribution,” Boryssov said.

“If it goes on like this, by June we will get a 30 percent vaccination rate in some countries and 60 percent in other countries. We are still in time to prevent the legitimate discontent and political crisis that would result directly from this disproportion,” Janša said.

Babiš explained that the Union’s original plan to achieve a 70 percent vaccination coverage of the European population by the summer can only be realized if they return to the original principle of distribution.

They all agreed that a just solution to the current situation must be found, because Europe can only successfully overcome the crisis caused by the coronavirus if it does not break away from the principle of European solidarity.