Hungary and Slovakia already use the Sputnik vaccine 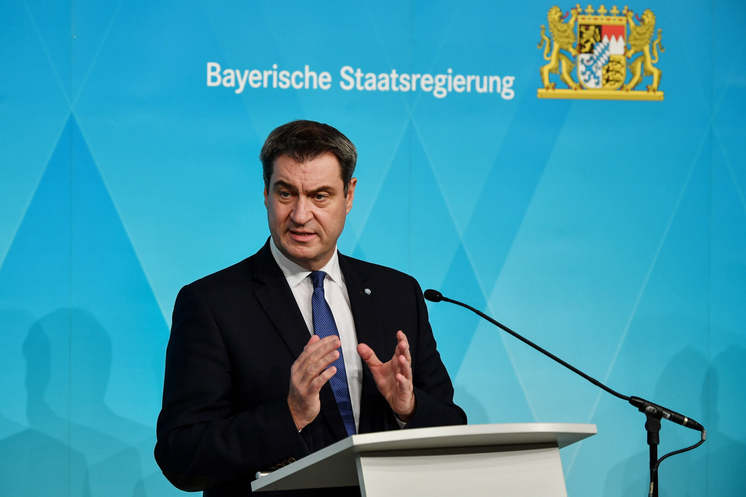 In a sign that the rest of Europe is increasingly following in Hungary’s footsteps, Bavarian Prime Minister Markus Söder said that the European Medicines Agency (EMA) should speed up the vaccine authorization process, which also applies to the approval of the Sputnik V Russian vaccine

Söder made the remarks at a press conference after the German regional elections on Monday.

“The very first step is to speed up vaccinations! Vaccination is not a success story for Europe. Negotiations with China and Russia need to start as soon as possible and these vaccines need to be tested,” the Bavarian prime minister said.

The politician called on the EMA to act after the Russian Direct Investment Fund (RFPI), which finances the development of Russian vaccines, saying: Russia has agreed with Italian, Spanish, French, and German companies to produce Sputnik V against the coronavirus and is ready to start shipments to EU countries that allow the use of this vaccine under national competence.

In a tweet, Söder also accused the United States of hoarding vaccines and called instead for a “bridge across the Atlantic”.

“Vaccination has to get faster: we need faster approvals, more time between first and second vaccination and an export ban from AstraZeneca. It cannot be that the US is hoarding vaccines: a good partnership means building a bridge across the Atlantic when it comes to vaccination,” Söder wrote.

Of the EU member states, Hungary and Slovakia have so far purchased the Russian vaccine, and the Czech Republic has also expressed its intention to procure it.

Last month, a number of other EU member states also indicated that they would like their citizens to be vaccinated with the Sputnik V vaccine if authorized by the European Medicines Agency. The EMA began reviewing the Russian vaccine in early March to address a shortage of vaccine stocks in the European Union. Based on the results of laboratory and clinical trials of the vaccine in adults, the EMA will assess whether the Sputnik V vaccine, which has so far been authorized in 51 countries, meets EU standards of efficacy, safety and quality.