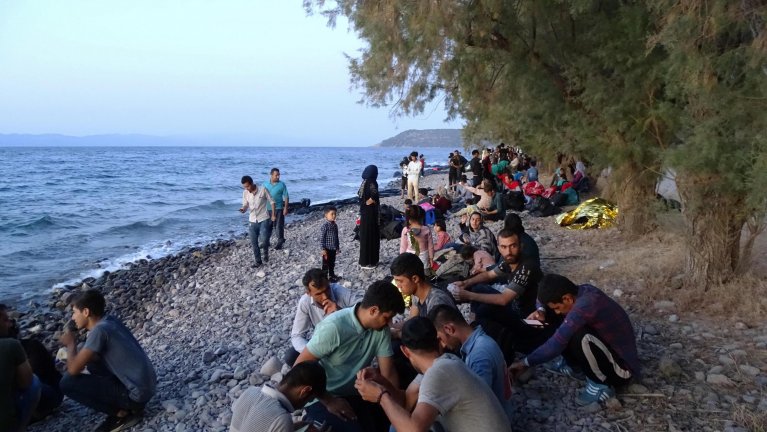 Serious overcrowding at migrant camps in Greece is forcing the government to build new centers on the Aegean islands in March, according to Greek Minister for Migration Notis Mitarakis, but citizens on the islands are protesting the idea.

The new centers should have more capacity but also face stricter conditions for the migrants living in them.

According to local daily Kathimerini, the government even counts on the possible appropriation of land, if necessary, to build the new centers. Locals, however, dislike the plan and last week, demonstrations against the construction of the centers took place on the islands.

The new centers for migrants, which the government expects to start operating by summer, are supposed to replace the overcrowded camps. There are many more migrants than capacity allows, for which Greece has long been criticized.

The new camps are to be larger, but residents had expected the government to relocate most migrants to the mainland instead of building bigger migrant centers.

“The government has decided to close the current anarchic facilities and create other, controlled and closed ones,” government spokesman Stelios Petsas said in a statement.

According to him, a strict regime will apply in the new facilities in which refugees will be waiting for their asylum applications to be processed. The movement of migrants will be controlled through entry cards, and the centers will be closed at night, Petsas said.

Similar facilities already exist on the Greek mainland, where the government also wants to build more centers of this type.

According to the Associated Press, the government has already designated areas for the facilities on the islands of Lesbos, Chios, Samos, Kos, and Leros.

Moreover, the cabinet plans to enforce an emergency decree, which should allow for the appropriation of land due to the migration crisis.

Greece again became the main gateway to Europe for migrants from the Middle East and Asia last year when 59,600 refugees arrived on the Aegean islands. According to the UNHCR, another 14,890 refugees crossed the land border from Turkey to Greece.

Already in the autumn, Mitsotakis,’s government pushed through a law aimed at speeding up asylum procedures and simplifying the deportation of migrants without asylum. Because of this law, which has been in force since January, the government has been subjected to criticism from NGOs.

Last month, the Greek government said it would try to install floating barriers by the Aegean islands to curb illegal migration from neighboring Turkey. This plan of was criticized by NGOs as well as the socialist opposition but conservatives pushing for stricter immigration control celebrated the proposal.