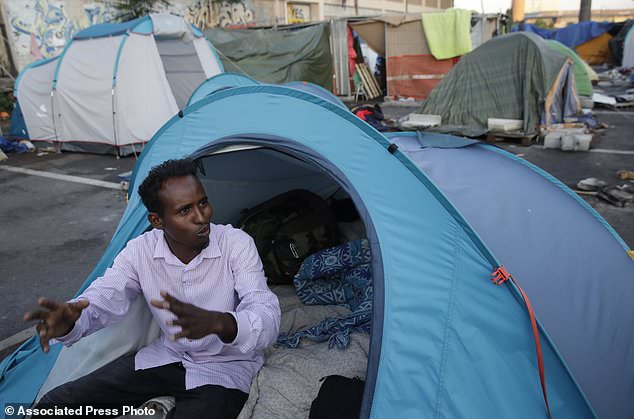 Italy is in danger due to a new escalation in migration chaos, but the left-wing government would rather attack Matteo Salvini than deal with the issue of illegal migrant camps in the heart of the capital of Rome, League senator Simone Pillon told conservative Hungarian daily Magyar Hírlap.

Barely a week has passed since the government abolished most of former Italian Interior Minister Matteo Salvini’s security and migration ordinances and already the number of newly arrived immigrants has skyrocketed. In 30 hours, 725 more illegal immigrants reached the shores of Sicily, the right-wing daily Il Giornale reported on Monday.

The new migration amendments, drafted by Interior Minister Luciana Lamorgese and negotiated between coalition partners for months, provide an incentive for migrants on their way to Europe and the NGOs assisting them. Registration centers in Sicily have been crowded, and the government continues to treat the island like the country’s dumping ground. Most immigrants are Tunisians who left their country for economic reasons, so they are not eligible for refugee status.

They should be transported back to their homeland on board the quarantine tourist boats, suggested Stefano Caldani, the Sicilian senator for the League.

“Even the blind can see that it is organized travel, people smuggling, otherwise it would be impossible for thousands of immigrants to arrive in a matter of days,” said the anti-immigration opposition party’s politician.

The Colle Oppio Park in the historic center of Rome, occupied by African criminal gangs and drug traffickers, is regularly featured on the front pages of Italian newspapers. The stunningly beautiful park, a stone’s throw from the Colosseum, now evokes the atmosphere of a migrant hostel. Dirty mattresses are lying in the open air, clothes are spread over bushes and statues, and beer bottles and feces can be seen next to the classic fountains.

Locals regularly report acts of violence and the boom in drug trafficking to the authorities, however, law enforcement does not seem to be able to put an end to the trade. Instead, they are focusing on punishing families going to school for neglecting to wear a mask outside.

Simone Pillon, senator of the League party and a member of the Immunity Committee of the Italian Senate, told Magyar Hírlap about the double standards prevailing in the country and the inconsistency over applying the law. Human traffickers generate billions in revenue by transporting hopeless people across the Mediterranean to the shores of Italy while trying at the same time to imprison Salvini for protecting Italy’s borders during his tenure, he pointed out.

“As minister, Salvini fought for the security of Italy. Instead of supporting him, the country will take him to court, while human traffickers continue to profit from the skin of the innocent,” Pillon said.

“This is nothing more than surrendering to the great powers who are lobbying for forced immigration, moving hundreds of thousands of people from Africa to Europe. In many cases, refugees are victims and international organizations are executioners,” he said. “They are the ones who should be brought to justice, not the former interior minister who tried to end the illegality.”