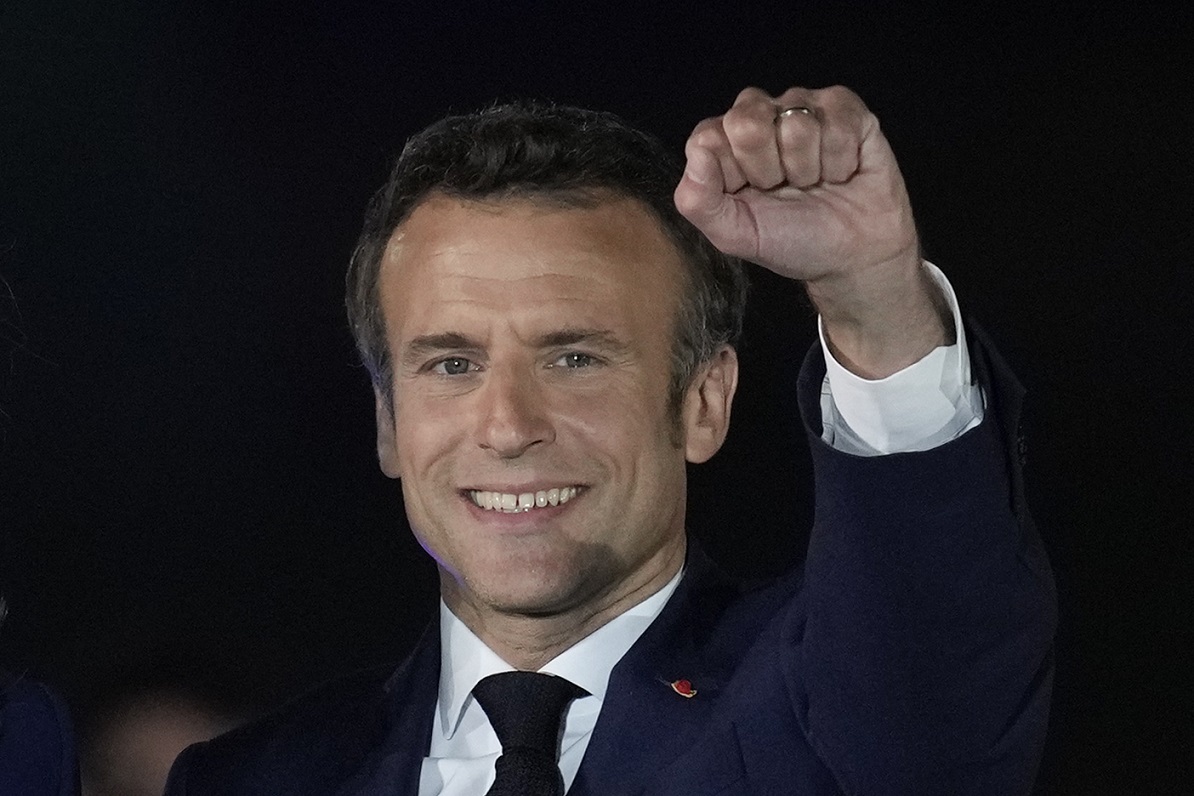 Congratulating an election winner, even an ideological rival, can often be chalked up to good politics and proper diplomacy. Many Western leaders who privately detested Donald Trump, for example, were openly congratulating him after his 2016 election win.

However, Slovakia and Czechia, once seen as conservative bastions, are increasingly moving to the left. Much of the political leadership offered more than a warm “congrats” to Macron, but celebrated his victory and his defeat over “populism” and “nationalism.”

Czech Prime Minister Petr Fiala led the line of Czech politicians congratulating Macron, tweeting: “France is our vital partner, we are keen on developing our great relationship further and our presidency of the Council of the EU immediately follows the successful French one.

Fiala, who is anti-populist and keen to move closer to the EU and away from Hungary and Poland, may have delivered a more or less neutral post following Macron’s victory. However, other politicians were more partisan in their response to Macron’s victory, including Speaker of the Chamber of Deputies Markéta Pekarová Adamová and the President of the Senate Miloš Vystrčil joined Fiala. According to Czech news outlet Idnes, Pekarová Adamová expressed her happiness at “the loss of populism and nationalism,” following Le Pen’s loss, a sentiment echoed by Interior Minister Vít Rakušan.

Slovakia similarly welcomed Macron’s victory, with left-wing Slovakian President Zuzana Čaputová saying she was looking toward further cooperation and the building of a strong and united EU.

“Populism and destruction have been defeated. This is excellent news and a responsible decision,” added the Slovak Prime Minister Eduard Heger.

U.S. President Joe Biden and Ukrainian President Volodymyr Zelensky were quick to congratulate Macron, in addition to Czech and Belgian politicians who also commented on the election result.

Biden tweeted on Sunday evening his excitement about the continuation of close cooperation between Macron’s administration and his own, including supporting Ukraine, defending democracy, and combating climate change.

Ukrainian President Volodymyr Zelensky called the President of France a “true friend,” and added: “I wish Emmanuel Macron new successes for the benefit of the French people. I appreciate France’s support and I am convinced that together we will move towards new victories. To a strong and united Europe!”

The Belgian Prime Minister Alexander De Croo also welcomed Macron’s victory and congratulated the President, as did European Commission President Ursula Von der Leyen who expressed her excitement for the continuation of the excellent cooperation for the future of the EU.

Luxembourg Prime Minister Xavier Bettel, U.K. Prime Minister Boris Johnson, and Italian Prime Minister Mario Draghi were also among the well-wishers, while the first official phone call came from the German Chancellor Olaf Scholz, who penned a letter along with other European leaders advocating the French to reelect Macron.