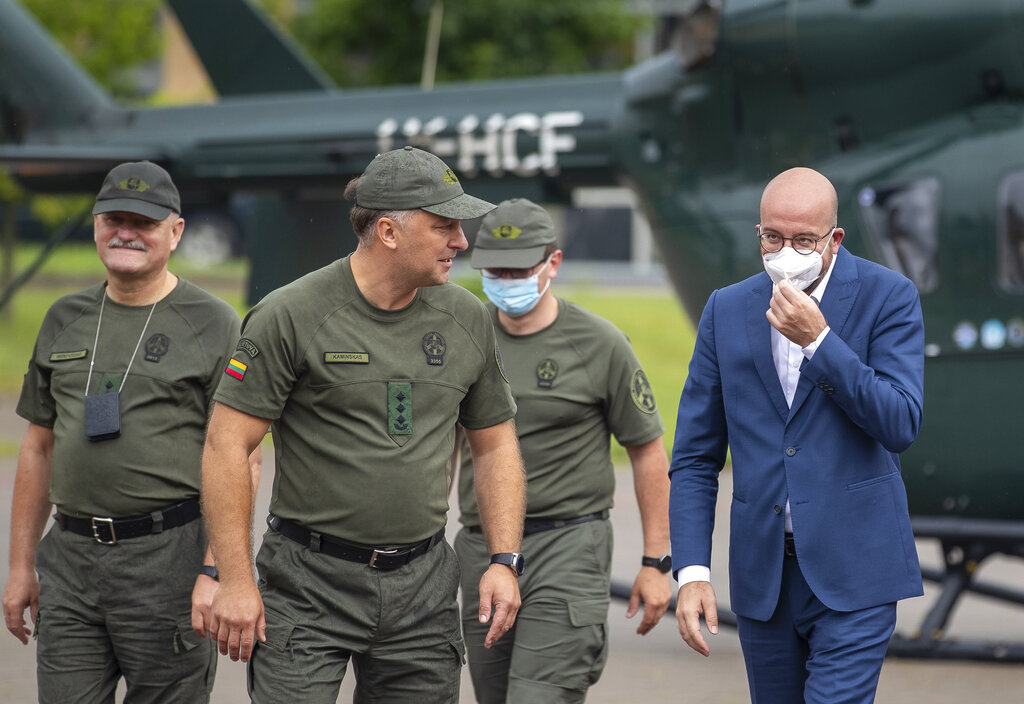 Lithuania is setting up a “physical barrier” along its common border with Belarus and deploying its army to curb illegal immigration from its neighbor, Prime Minister Ingrida Simonyte announced in Vilnius on Wednesday.

The Prime Minister accused the regime of President Alexander Lukashenko of Belarus of transporting migrants by air to Minsk and then forwarding them to the Baltic state. Simonyte referred to evidence seized from border violators.

“There are travel agencies that offer direct flights between Minsk and Baghdad, for example, and agencies in Belarus and other countries that are trying to attract ‘tourists’ to Minsk”,  Simonyte told Reuters in an interview. According to her, most migrants arrived in Minsk via Baghdad Airport, but it cannot be ruled out that people also arrived from Istanbul.

Among the evidence mentioned by the Prime Minister are the visa applications sent to the Belarusian Foreign Ministry by the Minsk-based travel agencies UmnoTuri and Centrkurort, dated May 27 and June 7, for three Iraqi citizens. In addition, the copies sent to the news agencies included a boarding pass for the Istanbul-Minsk flight of Belarus airline Belavia which was found on one of the migrants.

Simonyte said her country has speeded up the processing of asylum applications. The Lithuanian government has previously declared an emergency for a “refugee wave” arriving in the country. So far this year, more than 1,300 migrants have been arrested by the Baltic state authorities, compared to only 81 last year as a whole. The majority of asylum seekers are Iraqi, Syrian and Afghan nationals.

Alexander Lukashenko threatened Brussels and Berlin on Tuesday with allowing masses of migrants to Europe, especially Germany, and banning the passage of Chinese and Russian goods through his country, in response to the European Union’s sanctions in the wake of the disputed elections, as well as the regime’s mass retaliation and detention of political opponents.

“We view the whole process as a hybrid aggression against not only Lithuania but the entire European Union,” Simonyte stressed.

The Lithuanian Ministry of Foreign Affairs has announced that Gabrielius Landsbergis, head of the ministry, is preparing for his visit to Baghdad next week. The minister wants to discuss the problem of illegal immigration with the Iraqi leadership.

The Lithuanian Foreign Minister also said on Wednesday that his Turkish official partner had asked for help in identifying asylum seekers arriving in Lithuania.

“Most of the people who come to Lithuania via Belarus come from Turkey with the Turkish airline. We believe that Turkey knows their identities,” Landsbergis said, adding that this will make it easier for the migrants to be repatriated.

The Lithuanian Foreign Minister said they had asked the Chargé d’Affaires of the Belarusian Embassy and urged Minsk to end the influx of illegal immigrants.

Landsbergis also reported that in response to the “consistently unfriendly” activities of the Minsk leadership, Lithuania was limiting the size of the Belarusian embassy in Vilnius to one diplomat performing consular duties. Apart from this, only one technical staff out of three is allowed to stay at the diplomatic mission.