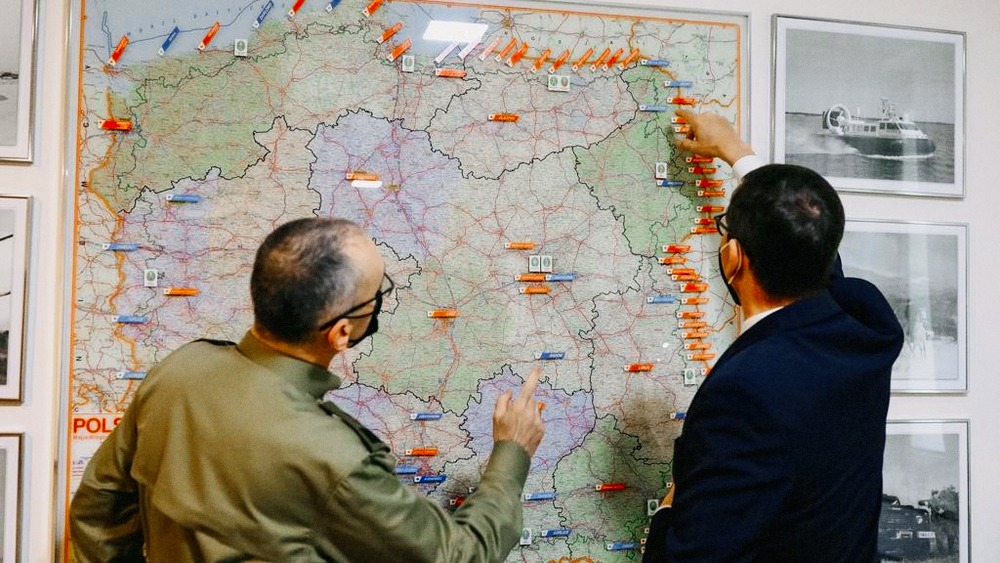 Belarus has just taken the dramatic step of allowing visa-free travel to countries such as Pakistan, Jordan, Egypt, and South Africa, which could results in potentially hundreds of thousands using Belarus as a transit country into the rest of Europe.

According to Polish Minister of the interior Mariusz Kamiński, the move by Belarus could mean the migrant crisis could go on for months. Although most migrants would likely use Poland only as a stepping stone to reach countries like Germany or the UK, Poland is now at the forefront of a struggle to secure the border on the Eastern flank of Europe.

Poland’s interior minister underlined that these countries were huge reservoirs of people who were looking for a better life in Europe. This could mean tens, if not hundreds of thousands of people, being brought to Poland’s Eastern border. Kamiński explained that the government in Minsk made the decision to change the status of the Grodno Airport to an international one. Therefore, flights with migrants from Africa can be expected to land right at the border with Poland.

Early in September, Polish Prime Minister Mateusz Morawiecki accused Belarus of participating in “hybrid warfare” by sending thousands of illegal immigrants over the borer to Poland and other Baltic states. Belarusian President Alexander Lukashenko is thought to be using the migrants as a form of revenge and pressure after Poland helped lead calls for sanctions against Belarus after claiming that Lukashenko conducted fraudulent elections

Minister Kamiński announced that an additional 500 Polish soldiers will be dispatched to patrol the Eastern border due to the deepening crisis.

The minister of the interior also informed that Poland has increasingly more evidence which confirms the activity of Belarusian services on the border crisis.

“The structures of the Belarusian state responsible for the security of international borders have been engaged in the international human trafficking procedure,” he said.

According to Kamiński, the migrants pay huge sums of money to relocate to the EU. They are transported to Polish borders and in some cases, Belarusian border guards destroy Polish border barriers to facilitate the migrants’ entry into Poland.

The Polish government has expedited the construction of a fence at the Belarusian border as the crisis has continued to grow.