The Border Guard informed also that on Saturday and Sunday its officers had recorded 1,066 attempts to illegally cross the Polish-Belarusian border 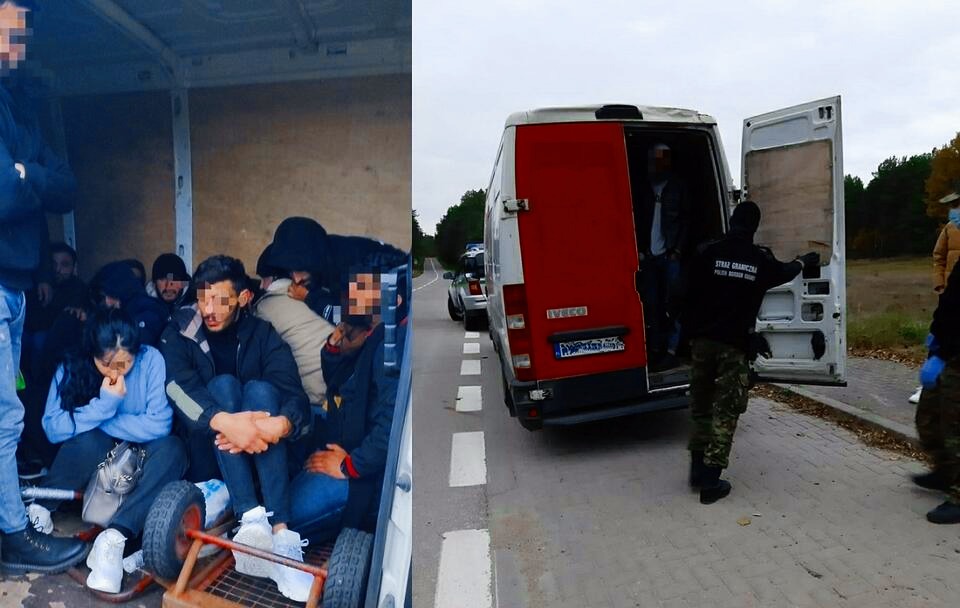 A Ukrainian citizen who was trying to smuggle 27 Iraqi citizens through Poland in a van was arrested after a police chase near the town of Radziwiłłów in Central Poland, according to the Polish Border Guard.

This was not the only case of an attempt to smuggle migrants through Poland via automobile. The Polish police stopped a driver on Sunday who was transporting illegal migrants in his car. The man refused to stop after ordered to do so by the Border Guard and tried to escape.

Podlaskie region police press officer Elżbieta Zaborowska explained that the man was finally stopped after a car chase. So far, the police have only confirmed that he was transporting illegal migrants and further details are to be revealed.

According to information from RMF FM radio, however, the man was an Albanian who was transporting seven illegal migrants. During the car chase, he had collided with an unmarked police vehicle and tried to ram another police car.

On Tuesday, a similar escape attempt from a police checkpoint ended in tragedy. A car transporting illegal migrants driven by a Syrian citizen crashed into a truck near Białystok. One of the passengers, who was also a Syrian citizen, died. The driver was detained and is suspected of not only causing the road accident, but also of helping illegal migrants cross the border.

The Border Guard stated that on Saturday and Sunday, officers had recorded 1,066 attempts to illegally cross the Polish-Belarusian border. Five illegal migrants were detained — four from Iraq and one from Syria.

The Border Guard also stopped five foreigners for helping migrants cross the border — two Syrians, one Georgian, one Kazakhstan citizen, and one Belarusian.

Since the start of 2021, the Border Guard has prevented over 18,000 attempts to illegally breach the Polish-Belarusian border. Over 7,000 cases took place in October alone.