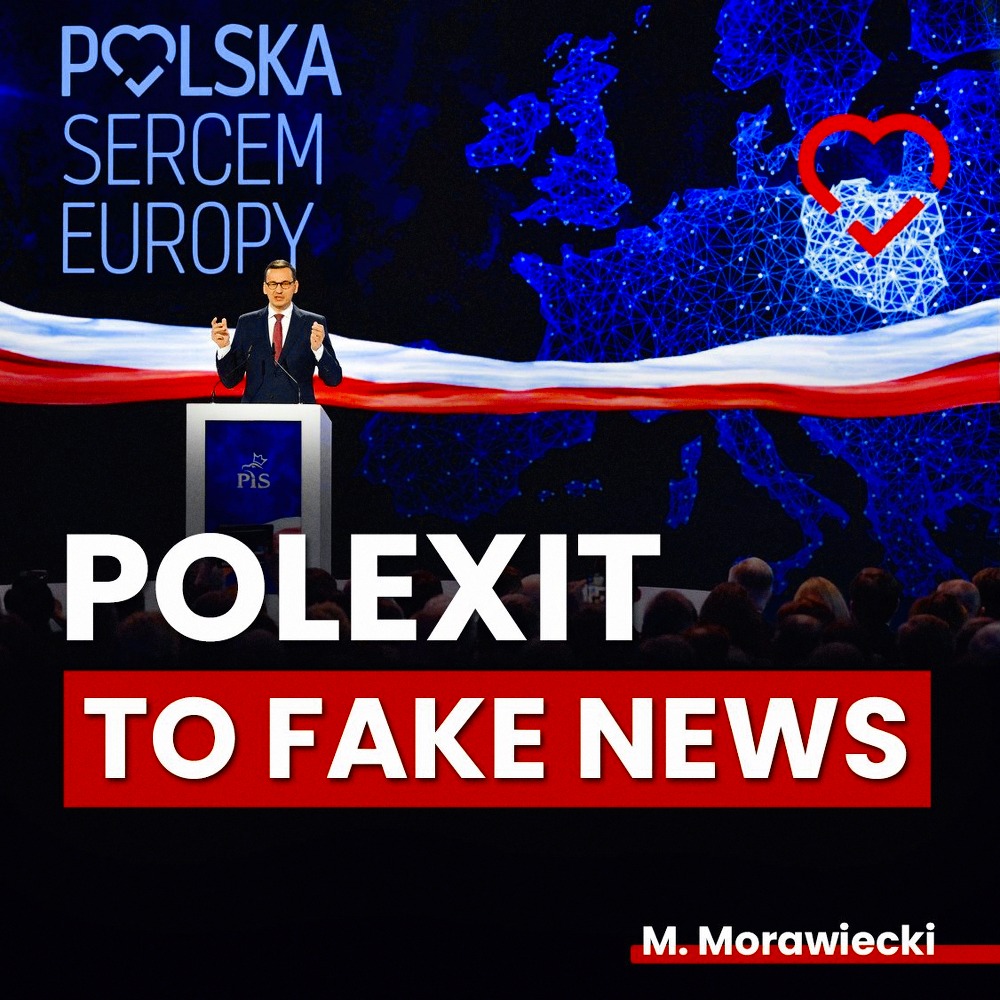 In September 2021, Law and Justice (PiS) passed the “On Poland’s membership in the EU and Poland’s sovereignty” resolution, which excluded any possibility of Poland departing the European Union (aka “Polexit”).

Meanwhile, after the Constitutional Tribunal ruling that Polish Constitution is the supreme law in Poland, Civic Platform (PO) leader Donald Tusk has begun claiming that PiS wants to take Poland out of the EU. He even stated sarcastically that this would be associated with the disassembly of highways and that the Polish National Stadium would be constructed after Polish accession to the EU.

During Sunday protests in Warsaw in which, according to police estimation, 15-20,000 people participated, Tusk and several other opposition politicians tried to convince protestors that PiS wants Polexit to happen.

Prime Minister Mateusz Morawiecki spoke up on the issue through social media and struck back against opposition claims by emphasizing that Polexit was a “myth” and “fake news”.

“This is a harmful myth which the opposition is using to replace its lack of ideas for Poland’s position in Europe. Such methods are utilized when someone lives with delusions instead of facts – when they want to deceive themselves and others,” he wrote.

“In those rulings, it was stated that EU institutions sometimes act beyond competencies attributed to them in treaties and collide with state constitutions,” he explained.

The PM added that the Polish tribunal had made similar rulings in the past, and all obligations stemming from European Union law remain in power.

“The Union is too serious of a community to move it into the world of fairy tales. It is a place of mutual benefits, but also of real challenges for all member states. Poland must approach and try to solve these challenges as a sovereign entity,” Morawiecki said.