Children are the future of Prague 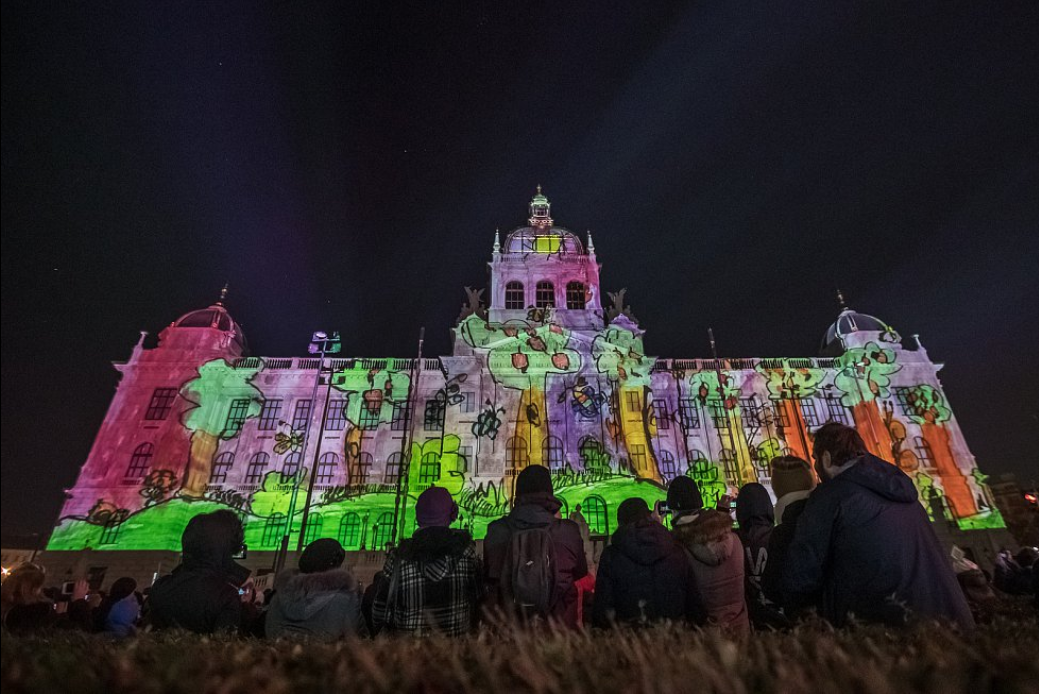 Prague replaced its traditional New Year’s fireworks with a projection display at the National Museum. However, not everyone wanted to surrender the tradition and citizens crowdfunded their own fireworks display elsewhere in the city.

Prague welcomed the New Year with the National Museum projection mapping. Thousands of people who filled the whole Wenceslas Square came to watch the projection called “Us, Prague”.

The projection repeated three times during the New Year’s evening so that everyone interested could watch it.

The event replaced the traditional New Year’s fireworks display, previously organized by the Prague City Hall. In August, the City Council decided to cancel fireworks to protect the environment, especially animals who may be disturbed or stressed by loud firework displays.

The main topic of the projection, for which the city paid almost two million crowns (€79,000), was “The Future Prague”. The event did not refer to any historical events to celebrate the New Year’s but instead conveyed the message that children are the future of Prague.

To highlight how important children are, hundreds of children from elementary schools in Prague became part of the preparation of the New Year’s projection mapping.

The children were given the task of painting how they imagined the future of the city. More than 250 pictures the children created were played on the projection.

However, not all residents of Prague were delighted with the decision to stop the traditional firework display. Besides the official projection mapping, the people of Prague could also watch smaller firework shows, which were crowdfunded and organized by Prague 2.