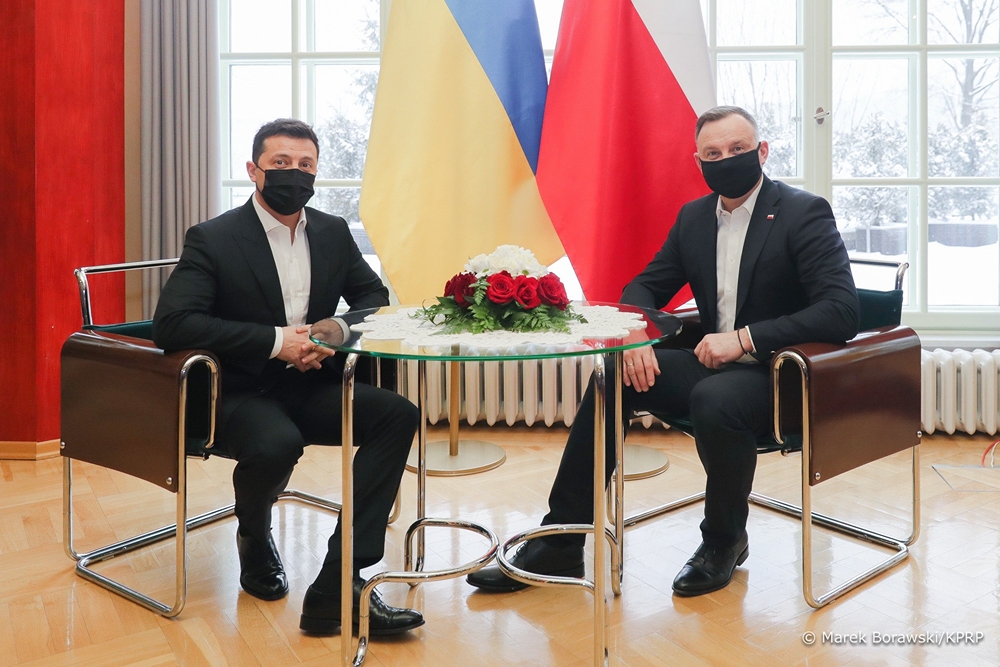 The Head of the Polish President’s National Security Bureau Paweł Soloch has reiterated the importance of the two-day talks between President Duda and his Ukrainian counterpart Volodymyr Zelensky in the face of continuous Russian aggression towards Ukraine.

“Supporting Ukraine is currently one of the highest priorities of Andrzej Duda’s policy,” Soloch told reporters. “We want to learn about the perspective of the Ukrainian side concerning the possible development of events in the upcoming days and in the long-term.”

Soloch revealed the leaders would also discuss the potential forms of aid which Poland and NATO will be able to provide Ukraine – including both material and political aid.

The Head of the presidential National Security Bureau also noted that the presidents would refer to the recent bilateral and allied talks with Russia.

“I’d like to remind that President Zelensky spoke with U.S. Secretary of State Antony Blinken. The visit of such a high representative of the US administration in Kiev is a very strong signal of support for Ukraine from the United States. Poland is also conducting intensive consultations on the Allied and EU forums on this matter,” he said.

Russia has made so-called security demands towards the West which would involve guarantees of NATO not expanding eastward (mainly Ukraine) and the return of the Alliance’s infrastructure in the region to 1997 levels. In the event of not fulfilling these demands, Moscow has threatened a response, including a military one, although it has not defined exactly what this response would entail.

Ukraine and the West believe that the deployment of over 100,000 soldiers to Ukraine’s borders by Russia is meant to exact pressure on Kiev and and its allies, with military experts and Western governments warning now of a very real threat of Russian invasion.