Protests in France show the new wave of social injustice

Protests and strikes in France are not anything new. But the most recent one reflects deeper troubles within the European Left. 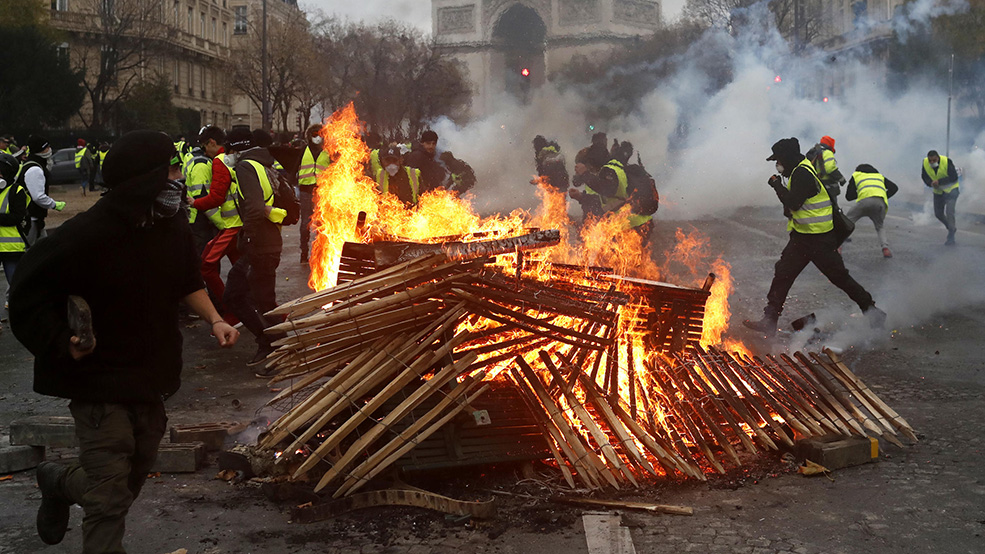 If the French go out to the streets, it does not have to be a revolution. In France, it’s rather a tradition. However, the “Yellow Vests” event is high on the list, and the French government has even been considering declaring a state of emergency.

This year’s protests do not have any distinct originators, as it was in the autumn of 2005. It does not include migrants, fascists, or bearers of any other -isms, but simply people who disagree with the rise of gas and diesel fuel prices. But beware, it may be a preview of the next social conflict in Europe. It will not be a duel of the traditional right and the left, but a conflict of perceiving justice as a contradiction between global justice and local, state or national justice.

It is only a coincidence that the French protest against higher taxation of gas and diesel fuel at the time when the UN climate conference in Katowice begins. But both events illustrate a conflict of justice in a way. The climate issue is about how to reduce global emissions. It offers a way of changing consumer behavior and higher taxation of pollutants (fuels, flights, meat). On the other hand, demonstrators in France are concerned about how to keep the availability of car traffic so that it does not turn into a hobby just for the rich, which is a matter of justice from the states´ and redistribution´s point of view.

It is not an abstract topic. This is illustrated by the fall of the traditional left-wing parties that have not captured this conflict and its actors and did not stand up for them. The German blogger, Don Alphonso, has portrayed it accurately: A city hipster gets into a Tesla electric car, which starts at 78,000 euros and goes to the countryside to buy organic food from a farmer. But the farmer uses a diesel van to get his product to the city.

Is this a question of attitude for the farmer? Or rather a question of economic survival? If the left does not find understanding for these people, it will end up like Marie Antoinette, who asked during protests over bread: So why do they not eat pies?